After the i8 model, which is labeled as a supercar, the renowned Bavarian company started producing a bit less exclusive hybrid vehicle – BMW i3. We have already mentioned it in our recent article about the best electric cars of 2014, but this electric car definitely deserves a stand-alone and more detailed review.

As we said, this is not a sports car, such as the Audi R8 e-tron, Nissan GT-R Hybrid R-36, Porsche 918 Spyder Hybrid or Rimac Concept One are, even though BMW 3 Series are known for really powerful models. Namely, the BMW i3 is a city car and is going to have tough competition on the market, because of models like the Golf GTE and other similar hybrid cars.

Unlike any of those cars, the i3 looks very futuristic and probably that is the best way of designing an electric car, since they surely are the future of automotive industry. It resembles a curved box, which might be a downside for some people, but still it keeps the style and sophistication of other BMW models. Of course they kept the kidney-shaped grille along with the familiar badge in the front. The U-shaped lights are simply beautiful and that is the thing you’d like no matter whether you like this model or not. There are 3 versions of fairly spacious interior available, two casual, multicolored and one refined, finished in leather. Also, it comes with two displays, a 5.5-inch behind the steering wheels that shows essential driver info and a 10.3-inch for navigation, infotainment and communication with the BWM’s Connected Drive system. 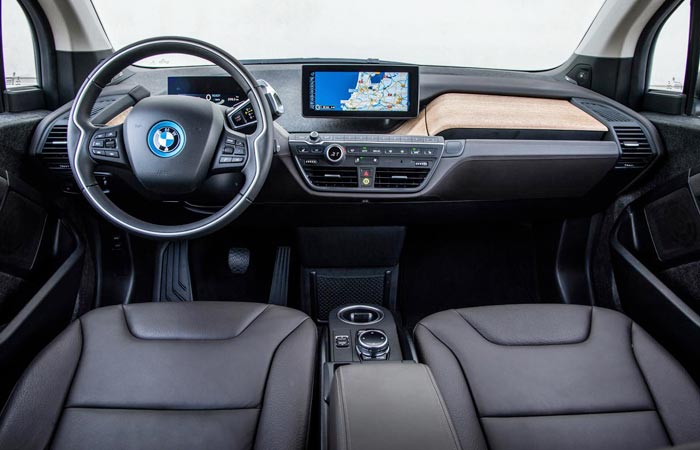 BMW i3 is a four-seat vehicle with 5 doors, but it is relatively small. The length is less than 4m (13ft), the turning circle is very tight – 9.8m (32ft), and there is a 170hp (125kW) electric motor that gives it enough power to go up to the limited 150km/h (93mph) and provides 250Nm (184lb-ft) of torque for the rear wheels, which is probably more than you really need. This and the ECO PRO+ mode that provides 12% bigger range (which is about 180 miles in the ECO PRO+ or 160 miles regularly), but limits the top speed to 56mph, are amazing perks in big cities and their traffic jams. However, there also is a 34hp and 650cc petrol engine with two cylinders that acts as a generator, producing the electrical energy and extending the range, but it cannot be used as an engine that runs the wheels, although it is a very common solution on hybrids. 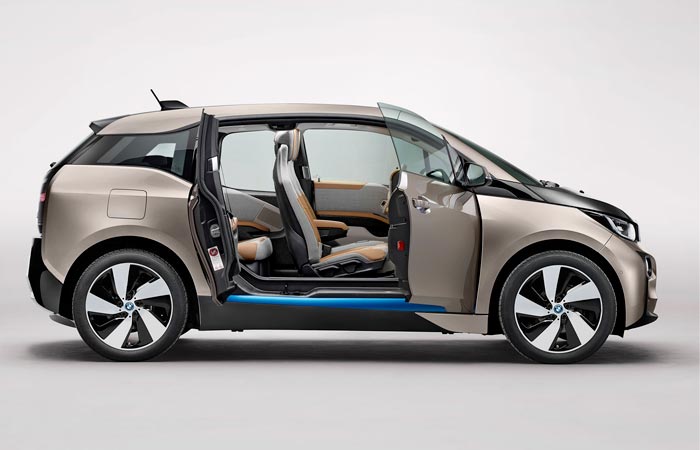 The i3 accelerates to 100km/h in 7.2 seconds, but even when going that fast, it has a great overtaking potential, since the time it needs from 80 to 120km/h is less than 5 seconds. Besides the powerful electric engine, the weight of only 1,300kg helps it be that responsive. They managed to get it this light by making the interior from carbon fiber reinforced plastic and the exterior from aluminum and the only thing that is drastically increasing the weight is the 120kg weight extender. Its battery can be fully charged in 11 hours via a domestic wall plug or even in under 6 hours with BMW’s Wallbox.

BMW i3 is a comfortable, practical, eco-friendly hybrid vehicle that is not very expensive, since the starting price is about $41,000, and all of this makes it a scary opponent for the other cars in this class. watch video below 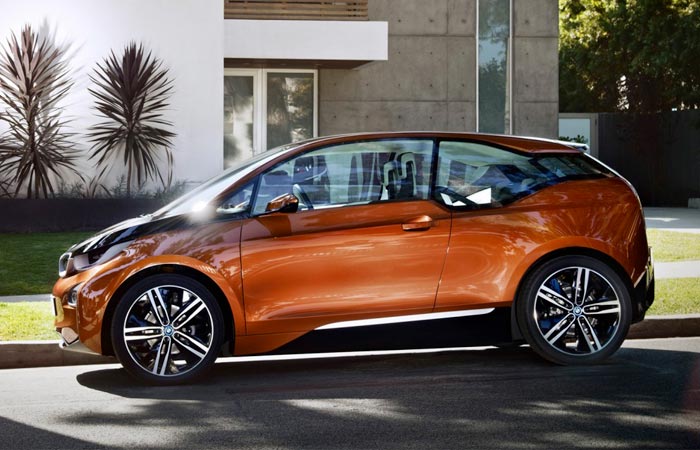 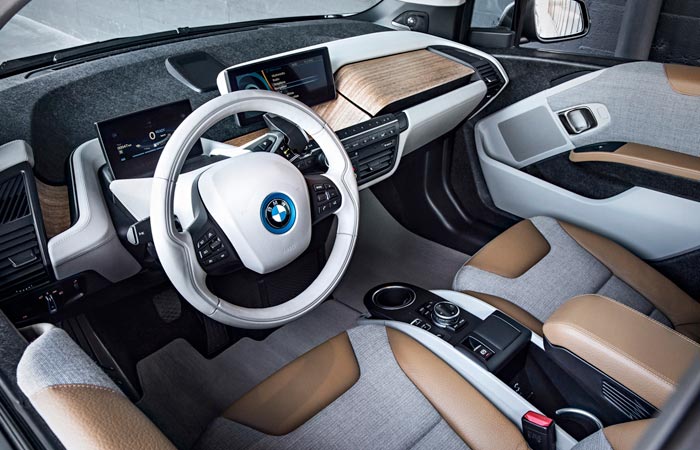 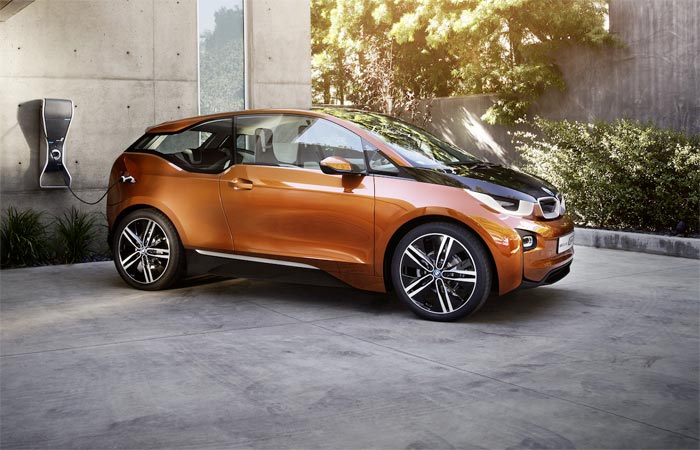