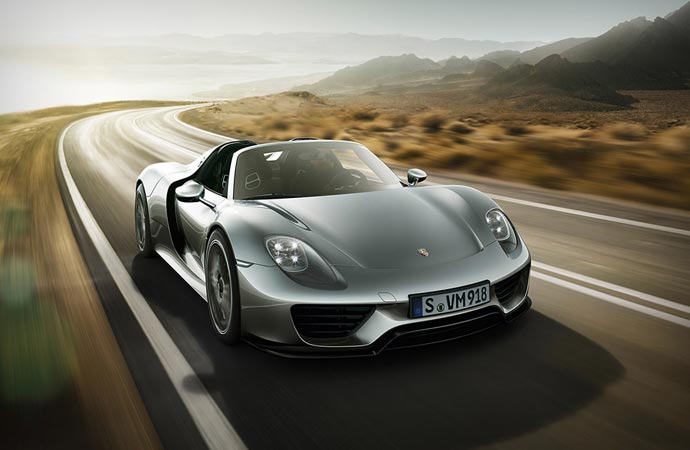 The 2015 Porsche 918 Spyder Hybrid is a car that was supposed to pay homage to Porsche’s awe-inspiring history, but it also managed to become a big part of by redefining standards in modern auto industry.

The 918 Spyder hybrid is packed with new technologies that take this supercar even further from any other similar machine. It gives better performance than any other Porsche and better fuel efficiency for, up to now, an incomprehensible mixture of efficiency, performance and environmentally friendly features.

The transmission is a seven-speed unit combined with dual clutch. Porsche moved away from the possibility of a manual transmission that was present even in the Carrera GT, but this setup excludes disruption of power delivery during shifts and eliminates human-related errors. 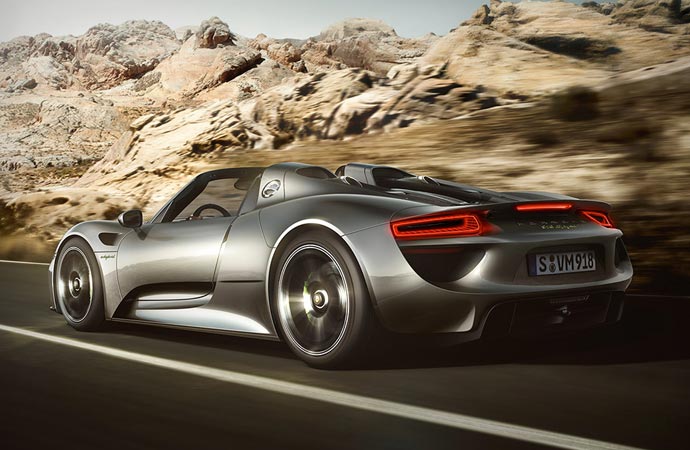 The engine is a 4.6l V8 with 608hp while the two electric motors provide the power of 286hp all of which gives the 0-60 time of just 2.5 seconds. Additionally, the top speed of the car when it is powered only by the electric motors is 93mph, and 0-60 time is under 8 seconds which is very good.

There are four different driving modes called the race, sports, hybrid and e-power. They actively regulate interaction between the engine and the motors providing suitable reaction from the car.

The E-Power mode can give you the autonomy of 19 miles just on electric power and reach the mentioned top speed of 93mph. Still, if you wish to add a bit of power, you do not need to switch modes, but simply increase input and thus show the 918 that you need more power. A kickdown would be one of the available options for this. 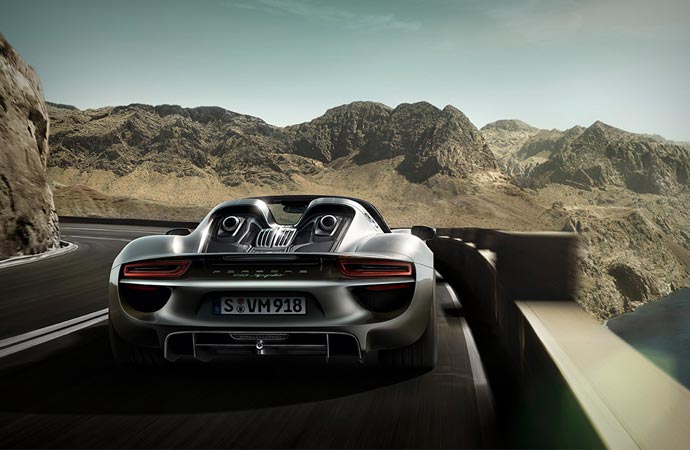 The Hybrid mode engages both power options but aims to achieve the best fuel consumption in given conditions.

The Sport Hybrid mode keeps the petrol engine active at all times, while the electric motors provide support and additional power when the driver needs it.

The Race Hybrid mode goes one step further keeping the petrol engine active at all times and the electric motors ready to deliver full power. The petrol engine’s power is also used to recharge the batteries, while the transmission is also adapted to the racing nature of the mode.

Additional option within the Race mode called the Hot Lap configuration takes the performance to its limits and it is actually good enough to reduce the lap time of the Nordschleife run by four seconds. This might not seem like much, but in racing terms, four seconds might as well be eternity. 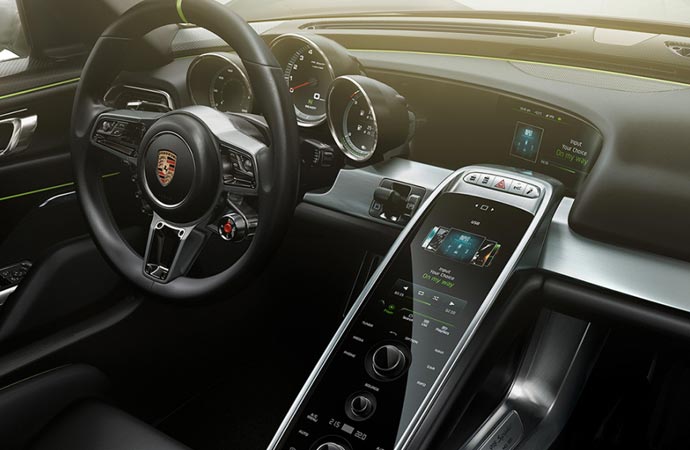 The fuel consumption figures always vary when it comes to hybrid vehicles. The Euro 5 based measurements show about 3l/100km which is about 78mpg US, but, as we have said, these figures should be taken with caution and even Porsche states this.

The design is very similar to the previous Spyder and the interior is packed with smart solutions and plush materials, even though the Porsche 918 Spyder is a real racer which can be seen from its Nordschleife lap time of under 7 minutes (6:57) – see the videos below.

The Porsche 918 Spyder is one of the best cars in the world today and certainly a machine that moves boundaries for the whole industry. If this is the preview of the future, we have a lot to look forward to. [via] 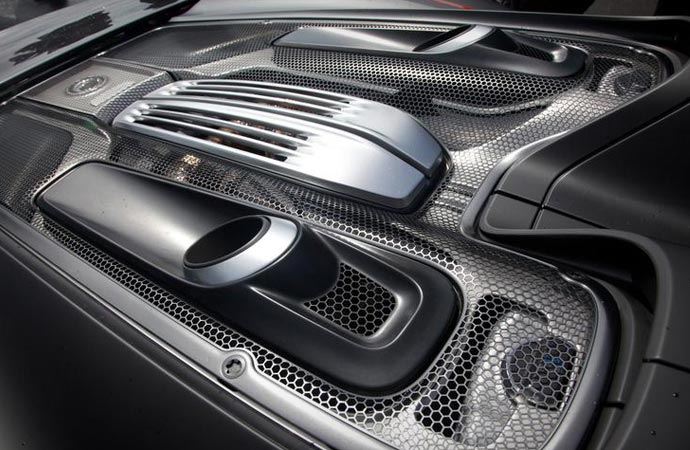 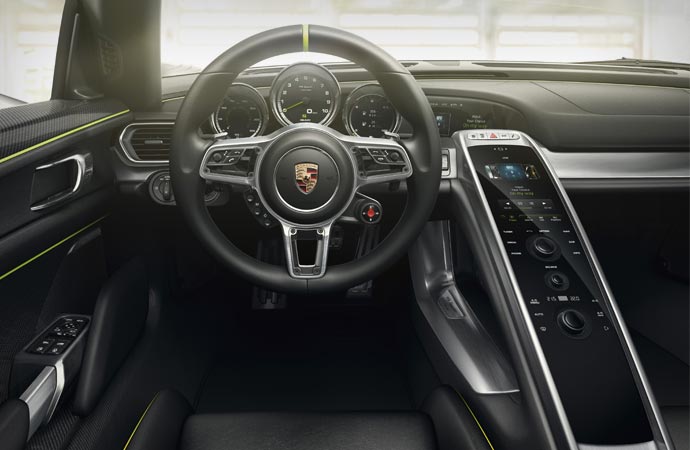 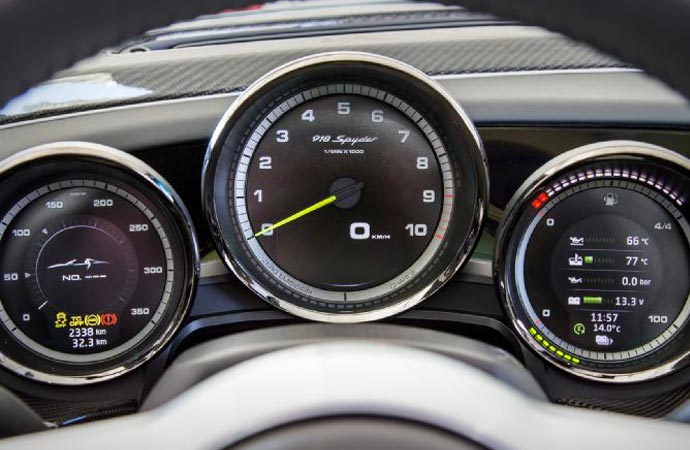 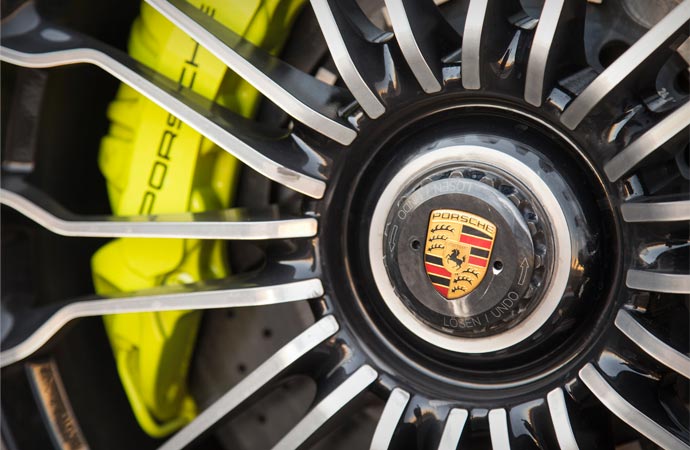 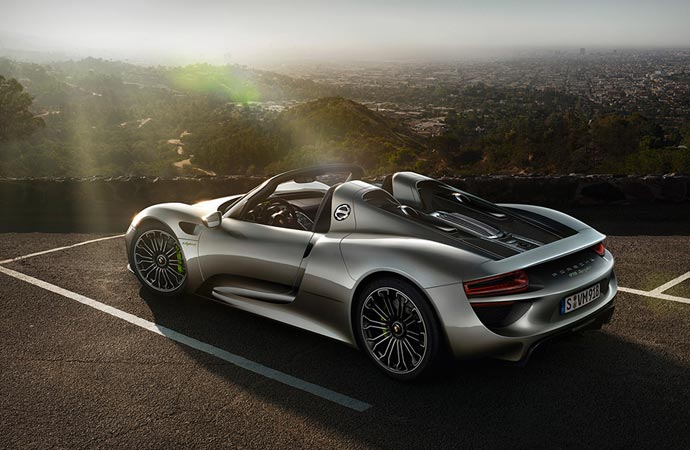