The Bike Intermodal is a folding bike product that might take the cake in front of other such products however amazing they might be. This is so mostly due to the fact that the most important feature of a folding bike is its size and portability.

When folded, the Bike Intermodal has the dimensions of 50 x 40 x 15cm, which is smaller than most backpacks.

When it comes to its weight, the bike comes to 4kg, or 6kg depending on whether it’s made of aluminum or magnesium. Pretty good numbers either way. 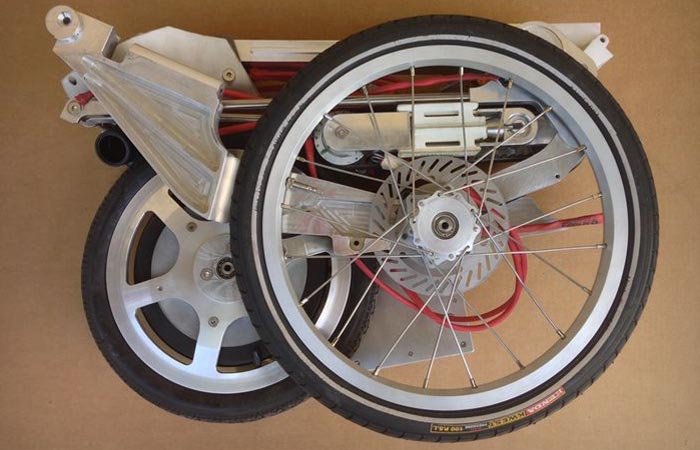 So how did they manage to reduce the size and weight to less than a half of the competitors? The biggest obstacle to significant size reductions used to be the frame, but the Bike Intermodal has no traditional frame structure, but rather a combination of three collapsible structures linked by cables. This way even the frame size is reduced.

Another way to increase functionality comes from different options of the bike. The first one is a traditional bike powered by pedals and the rider’s efforts. The second one is a bit more modern and convenient option that makes use of an electric motor which helps with hills.

The Bike Intermodal should become available within the next two years with the prices that are yet to be released, but are likely to vary greatly depending on the version selected. [via] 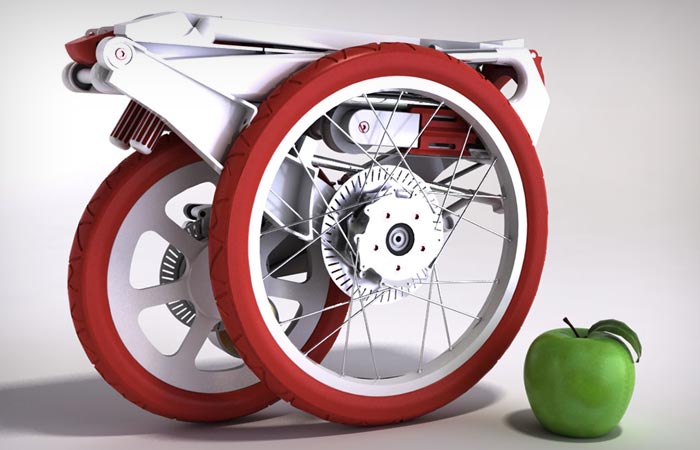