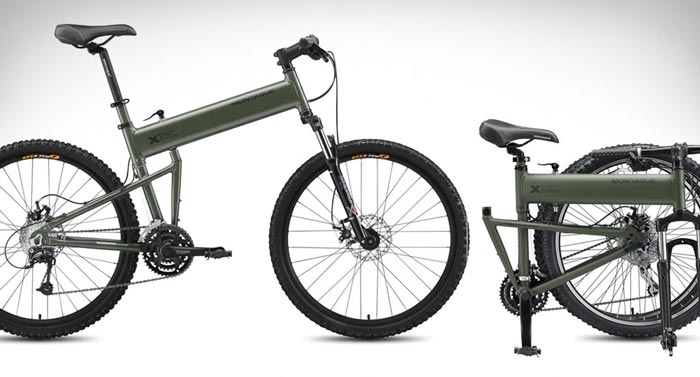 Originally developed for airborne soldiers, the Paratrooper folding bicycle has many practical, yet advanced features. In order to fulfill military requirements, the bike had to be functional, space-saving, rugged, and suitable for the toughest of terrains which posed no problem for the Paratrooper’s manufacturer, Massachusetts-based company Montague, which has a 33-year-long tradition of providing bikes for the military.

In terms of the Paratrooper features, there are many, but we are going to list just a few: 24 Shimano speeds with a triple chain ring, an ingenious CLIX System which allows the bicycle to be folded in up to 30 seconds without the use of any tools, powerful front and rear mechanical disc brakes, 8-speed cassette, sturdy tires, Deore derailleur and 500 pounds (cca 230 kg) of load-carrying capacity. Montague says that the bikes are used “in conjunction with LAV’s (Light Armoured Vehicles) and HMMWV’s as back-up transportation”. 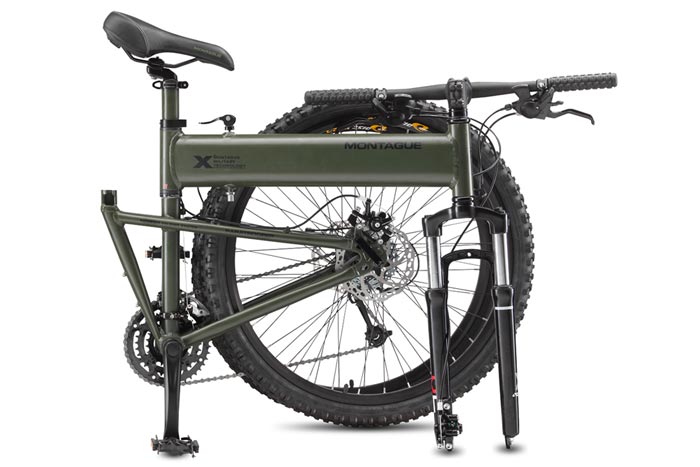 Here are a few other specs for avid bikers: the bike’s dimensions (when folded) are 36″ x 28″ x 12″ (92 cm x 71 cm x 31 cm), its frame is double butted 7005 series aluminum front and rear triangle, the front suspension is SR Suntour XCT V4 and the bike comes in Cammy Green colour.

If you are not a member of the military, don’t you worry – the Paratrooper folding bike has a versatile use in the civilian world too. If you cannot fit your conventional bicycle in the trunk of your car, or in your wardrobe, the Paratrooper is the bike for you.

Equipped with the Folding Integrated Technology (F.I.T.), a patented folding system created for full suspension downhill bikes, the Paratrooper is the toughest folding bike on the market. 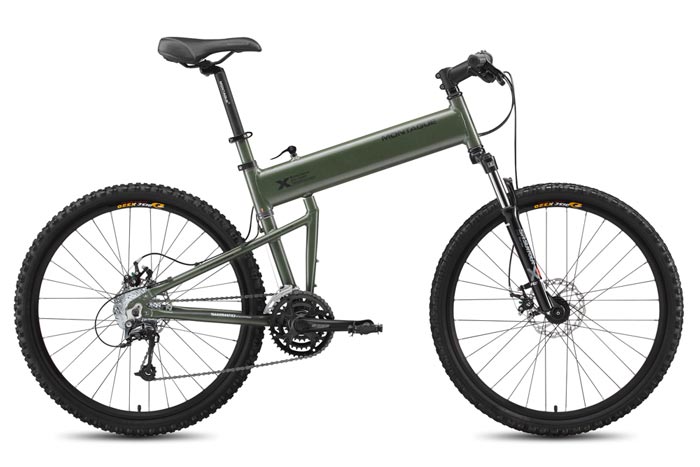 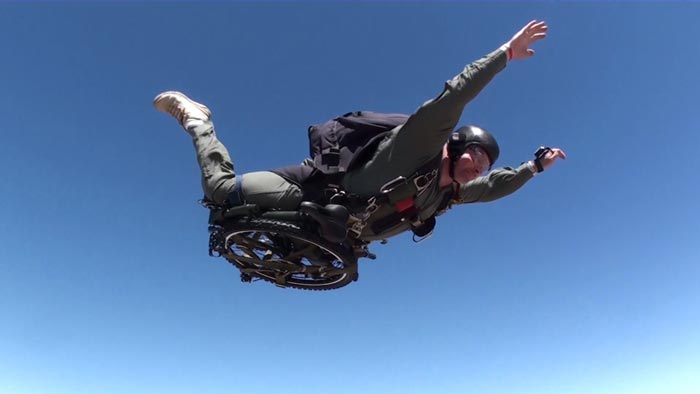 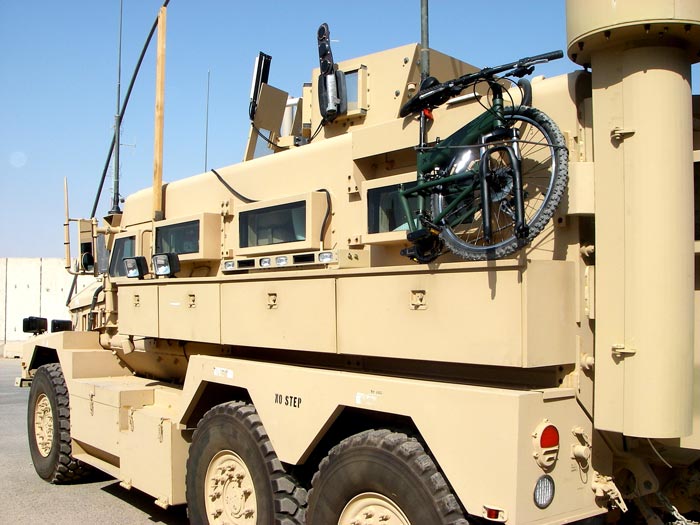 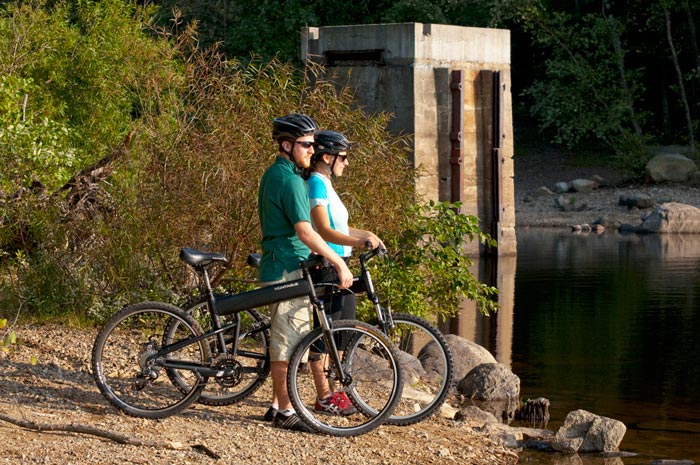 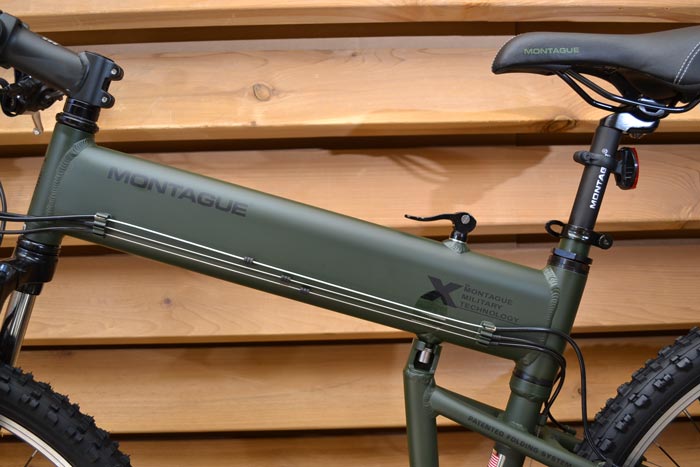