Sada Collapsible Bike, made by Italian designer Gianluca Sada is another mode of urban transportation that can be reduced to just a portion of its size by simple folding. These constructions are not new, but the Sada Collapsible Bike has a few advantages compared to its predecessors.

First of all, the speed of folding bikes was usually insufficient due to the limitations of their wheels. However, this folding bike has respectable 26” wheels, ensuring proper performance while still having the feature of collapsing to the size of an umbrella.

And the entire folding action is performed quickly and easily. All you need to do is push the saddle forward and this activates the mechanism which collapses the entire bike in just one move. Of course, the 26” wheels cannot fit the umbrella-sized package, but they are also easily carried around. This is done using an included backpack which can fit the entire folded bike and the wheels. Actually, the wheels serve another function with the backpack, since their shape creates the supporting structure of the backpack. Yet another advantage is the fact that the wheels have no spokes or hubs, so this leaves room for carrying additional items inside, along with having unusual visual effect.

But this is not the end of the Sada Collapsible Bike’s functionality. A simple conversion of the package including the folding bike and the backpack turns them into a wheeled suitcase, leaving the wheels protruding from the backpack and actually serving as the wheels of the suitcase. watch video below 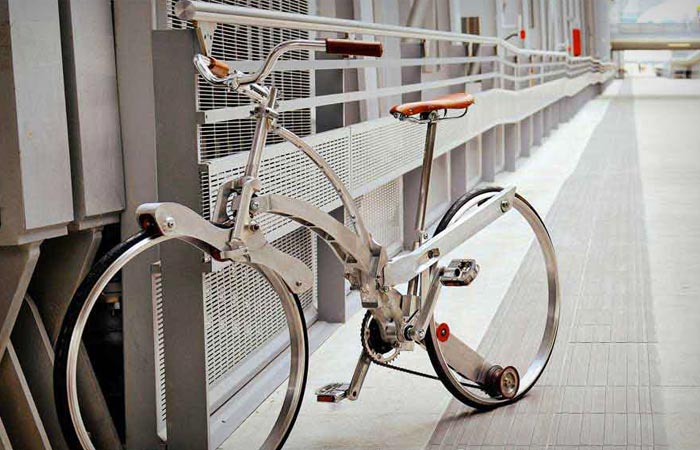 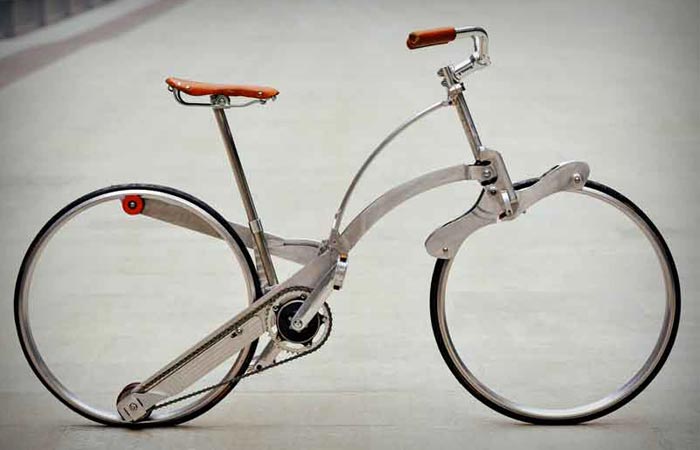 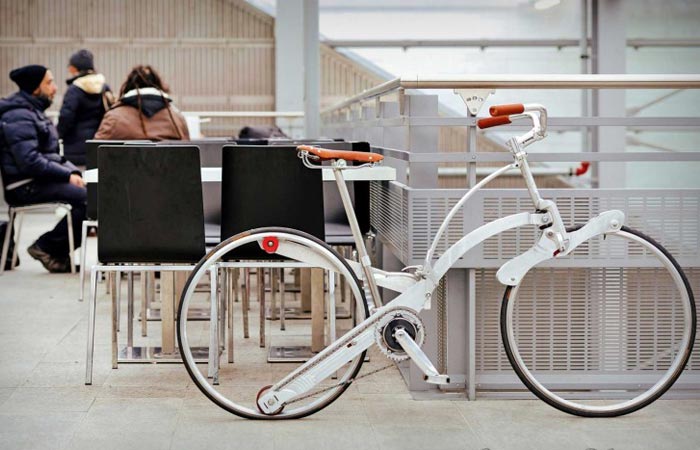