Rio de Janeiro certainly takes after its namesake of being the ‘Marvellous City’ or better known in Portuguese as ‘cidade maravilhosa’; with its wide stretches of jungle covered hills, white sandy beaches, fascinating variations in architecture, mind-blowing festivals and a culture rich in complexity, Rio truly is a one of a kind city.

Here are 5 of the places that are a must see when visiting this beautiful city. 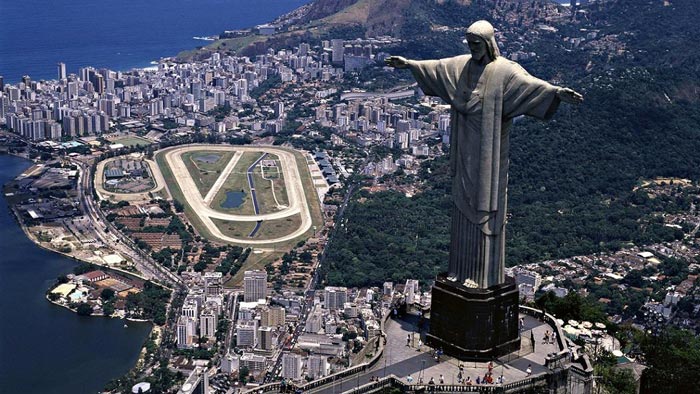 The 30 meter statue of Jesus Christ on the top of Corcodova is Rio’s most famous icon and well-known all around the world as a symbol of Rio’s acceptance of Christianity. With arms wide open, the statue welcomes all those that come to this great city and this should definitely be right on the top of your to-do list. 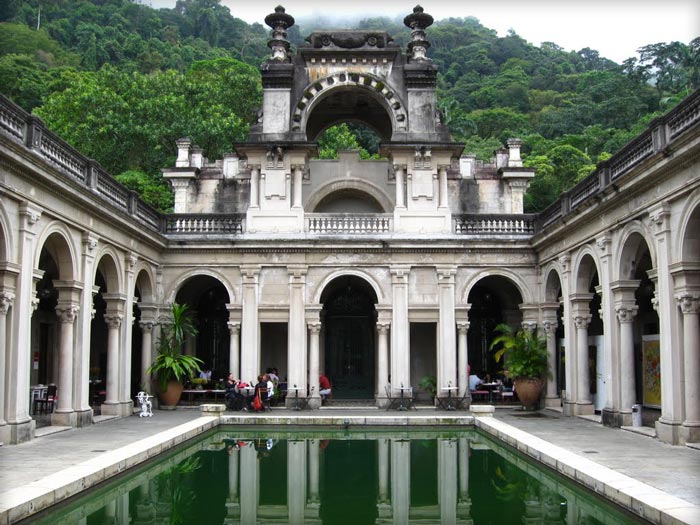 Lage Park is situated in the Tijuca National Park on the hillside of Corcodova; truly a piece of paradise. You enter through a double gate and follow palm-lined driveways up to a mansion that has been perfectly replicated in the style of a ‘Pallazo Romano’ (Roman palace) surrounded by beautifully arranged gardens that are perfect for a romantic stroll. 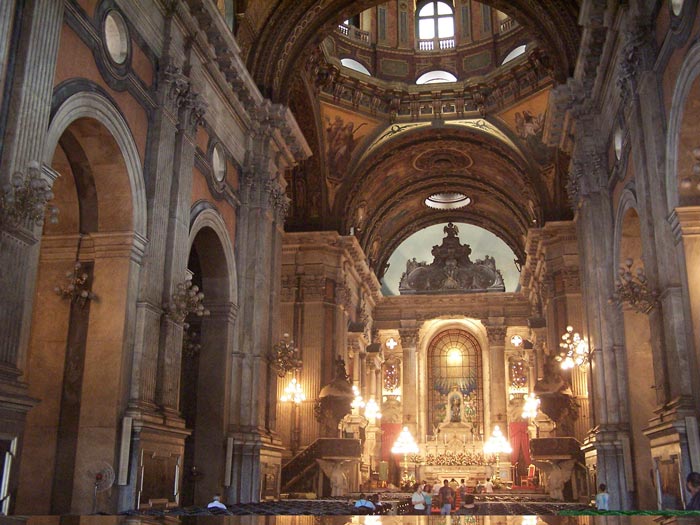 Is truly a fascinating and beautiful piece of architecture that’s rich with Rio’s history. It’s the first church that was ever built in Rio, constructed in 1630, but has gone through a series of reconstructions to the church that we see today that was opened in 1898. The interior is just as glamorous and stunning as the outside, if not even more so, with its bronze finished doors, limestone dome, stained glass and paintings that line the roof and dome. 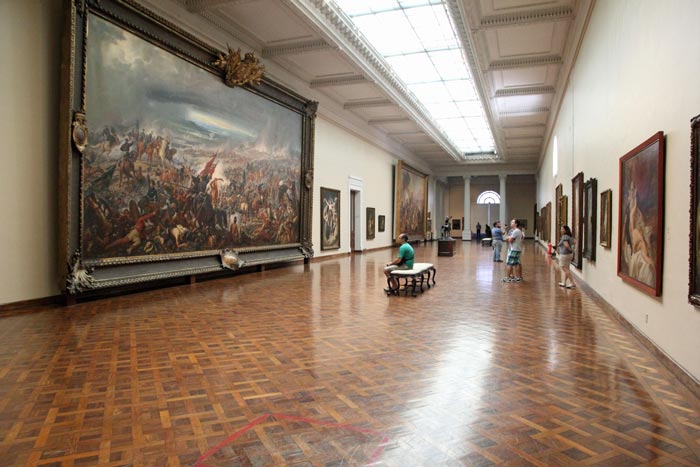 The Museum of Fine Arts in Rio was opened in 1938 and is one of the most important cultural institutions of Brazil. It currently houses over 16,000 items; prints, drawings, sculptures, paintings ranging from High Middle Ages to contemporary art can be found here from both Brazilian and international artists. Definitely a must see. 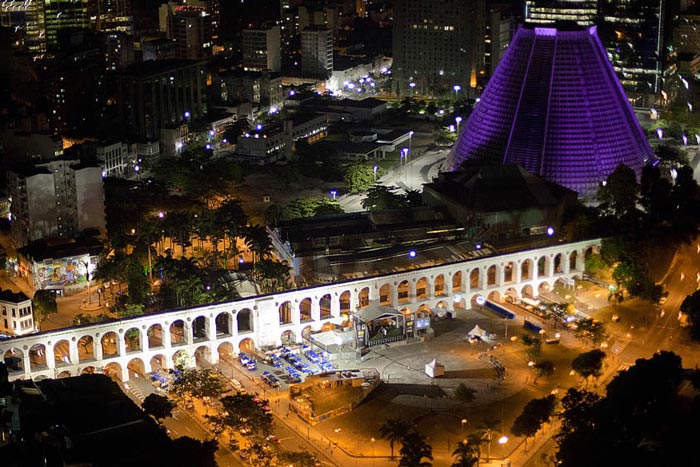 Arcos de Lapa, also known as “The Carioca Aqueduct”, can be found in the Lapa neighbourhood of Rio. It was completed in 1750 and is a brilliant example of colonial architecture and engineering. Arcos de Lapa was constructed to bring fresh water to the population from the Carioca River and is truly a dazzling sight to behold. 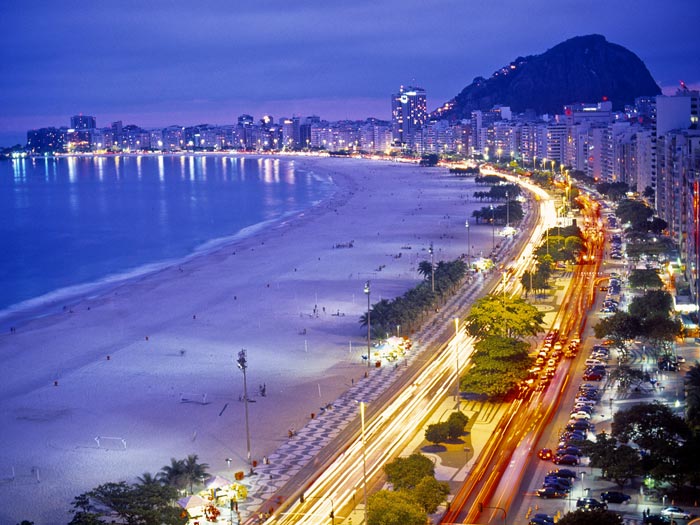 If you were asked to name top ten beaches in the world, the Copacabana would surely be one of your best picks. The beach is a stunning confluence of land and sea, brimming with bronzed bodies, fit footballers, tourists indulging in caipirinhas and favela children showing off their football skills.