We love anything that is foldable, portable, affordable and completely recyclable! Just like Refold’s cardboard standing desk. Based in New Zealand, Refold is now in the process of establishing a local manufacturing unit in the U.S. due to an increased demand. The desk became so popular that the designers decided to make it available to customers on both sides of the ocean. Refold’s cardboard desk is a combination of practicality, innovation and environmental awareness.

Since it folds into a lightweight, compact case, you can take it just about anywhere. Its flexibility allows for numerous applications. It can be used in schools, offices, art studios, events and mobile units. You decide how and where you are going to use it. You might think that a cardboard desk is not sturdy enough to take everything you want to put on it. But you are wrong! Refold’s cardboard desk can hold the weight of an adult thanks to its 7mm thick-twin-cushion-kraft cardboard. 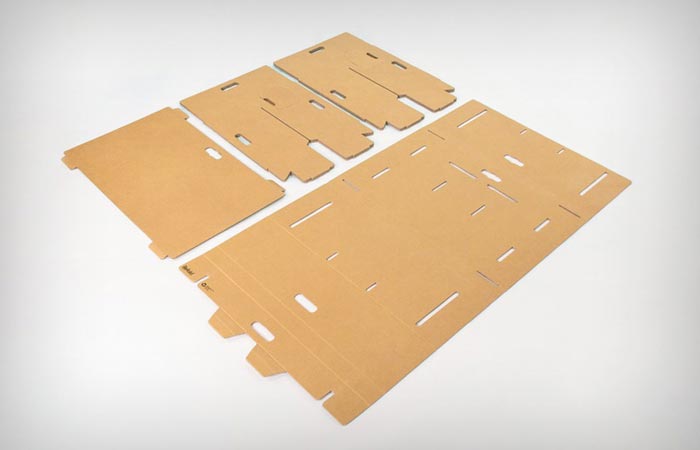 Its weight is also one of its advantages. Weighing at only 6.5kg, this desk travels well. Also, it takes only minutes to assemble it and adapt it to your needs. You don’t need tools, glue or tape to put it together. At first glance, the assembly might look complicated, but it is really incredibly simple. Once you are done using it, just fold it up into a self-containing carrying case and store it away.

Refold’s cardboard standing desk comes in three heights – small (if the user is up to 160cm tall), medium (for users who are between 160 and 185cm tall, recommended for shared desks) and large (for users who are over 185cm tall). Aesthetically and artistically speaking, this desk is a blank canvass. You can decorate it any way you want and its entire surface is both printable and paintable.

The designers have launched a Kickstarter campaign in an effort to raise money for the upcoming production unit in the United States and so far they are doing pretty good. With twenty days to go, they have already exceeded the pledged amount twice. watch video below 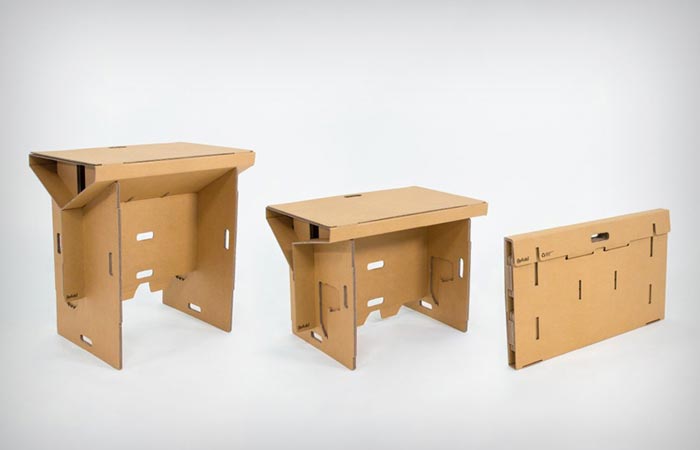 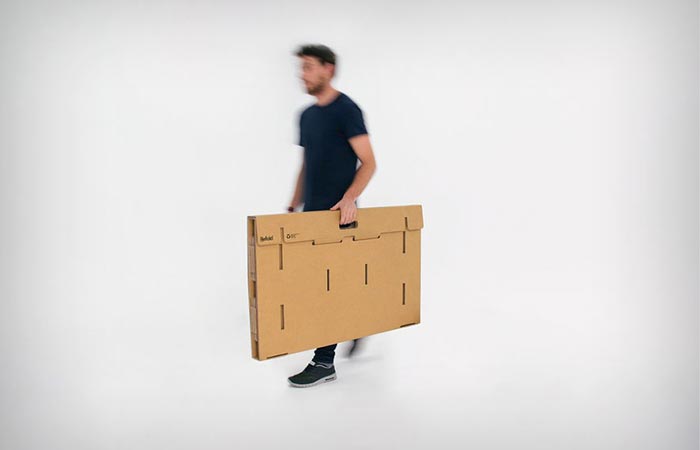