There was something strange at the Porsche stand at the Frankfurt Auto Show this year. Between the gas guzzling 911s and Carreras there was an imposter, the first electric Porsche. Although still a concept car, the Mission E shows that Porsche is focused on the future and is ready to embrace new ideas and standards. Not only does the Mission E meet the new ecology standards, it does it in true Porsche style.  The first model of this car manufacturer designed to be fully propelled by an electric motor, the Mission E definitely isn’t your standard electric car. 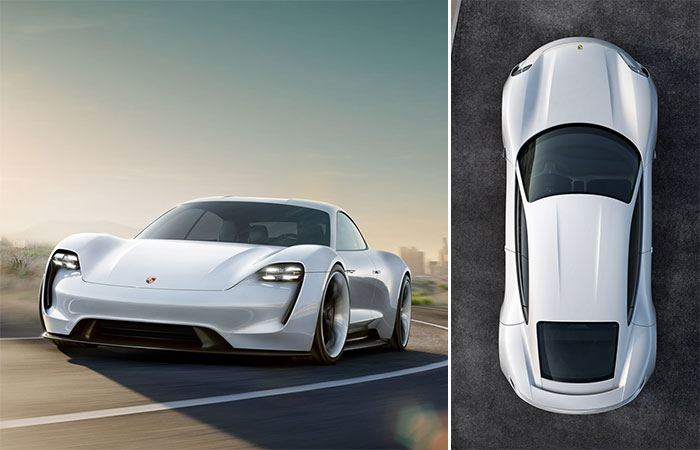 The Mission E may be electric, but it is still a purebred Porsche

The power train consists of two motors positioned on each axle with a combined power of 440 kW (600 hp) making this car a fast machine. The Mission E reaches 100km/h in 3.5 seconds and 200km/h in 12 seconds and has a top speed of 250km/h.  This concept car is a four door, four seat sedan so it combines practicality with performance. The absence of a transmission box and an exhaust system, combined with the smaller size of the electric motors provide extra space in the cabin making it feel roomy, airy and futuristic. The interior is filled with technological marvels, as we have come to expect from big car company concepts like virtual side mirrors, visual commands and a dashboard that follows your eye movement. It is unlikely that we will see any of these novelties in the production model (if it enters production) but it would still be awesome to have an electric Porsche on the market. 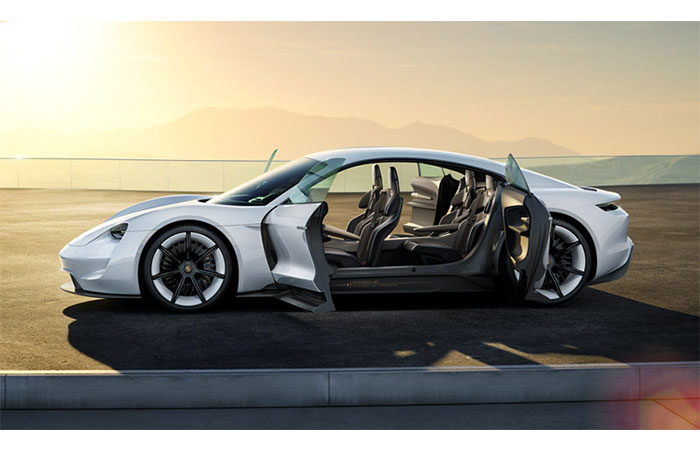 Suicide doors are another feature of the Mission E

Probably the most important innovation Porsche has showcased in the Mission E is the PSM (Permanently excited synchronous machine) high performance electric motor with a voltage system of 800V and a range of 500km. This revolutionary new system allows 80% of the battery to be charged in just 15 minutes giving the Mission E a definite edge over other electric cars. If Porsche refines this system and brings it to production models, it will definitely change the game and the way we perceive electric cars. [via] 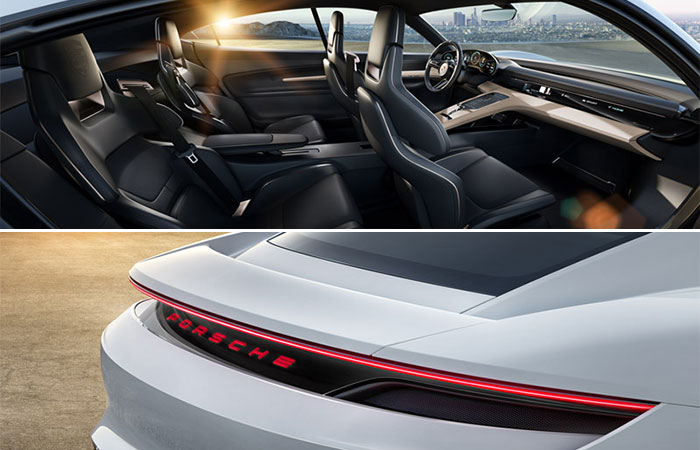 The interior is spacious and futuristic