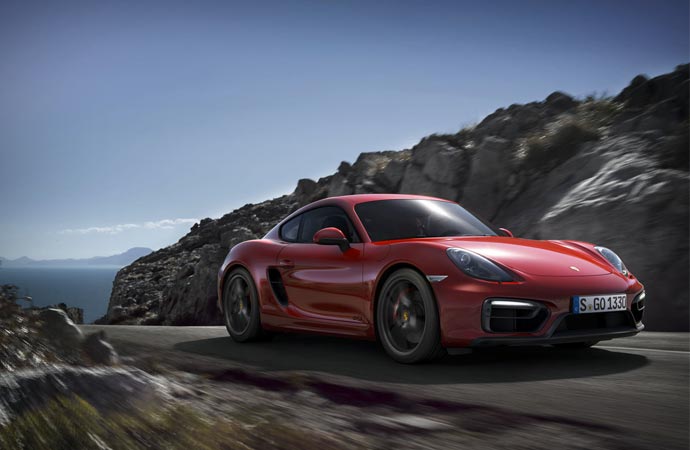 The 2014 New York Auto Show is eagerly awaited and Porsche made it even more so with their latest additions to the already amazing lineup – the Porsche Boxster GTS and Porsche Cayman GTS. Now, the Cayman especially the Boxster models used to be seen as ‘cheap’ Porsches for a while, but huge advancements in both models led them to becoming respectable sport cars albeit with the additional perk of a lower price compared to the 911, for example.

There are many things that are the same for these two cars, but there are also enough differentiating features for die-hard fans of both models. First of all, they have the 3.4l flat six boxer engine from the previously released S models, but the engine has been tweaked to add more punch for both models and it now provides 330hp and 273 lb-ft of torque in the Boxster and 340hp and 280 lb-ft of torque in the Cayman.

These engines are paired up with either standard six-speed purists pleasing manual or the seven-speed dual-clutch automatic. This setup brings the Boxster to 60mph in 4.4 seconds, while the Cayman is 0.1 second faster, the top speed is 175mph for the Boxster and 2mph faster for the Cayman. Standard for both models is Porsche’s Sport Chrono package, adjustable suspension and 20” alloy wheels. 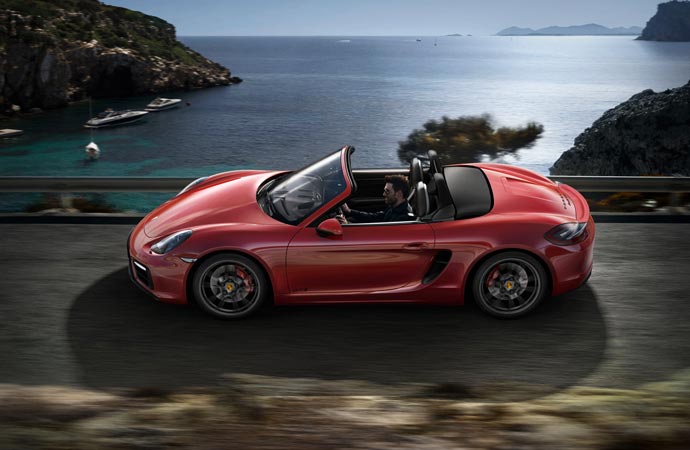 Even though the GTS models are similar to the S ones, people who know their Porsches will differentiate them easily. Both the Boxster GTS and the Cayman GTS have new bumpers, doubled tailpipes in central position, dark taillights lenses and headlights details, as well as black model badges. Similarly on the inside you will find sport seats and leather or Alcantara finish.

Both models will be officially presented at the New York Auto Show next month and will become available for purchase in May of 2014 with base prices of $74,495 for the Porsche Boxster GTS and $76,195 for the Porsche Cayman GTS. watch videos below 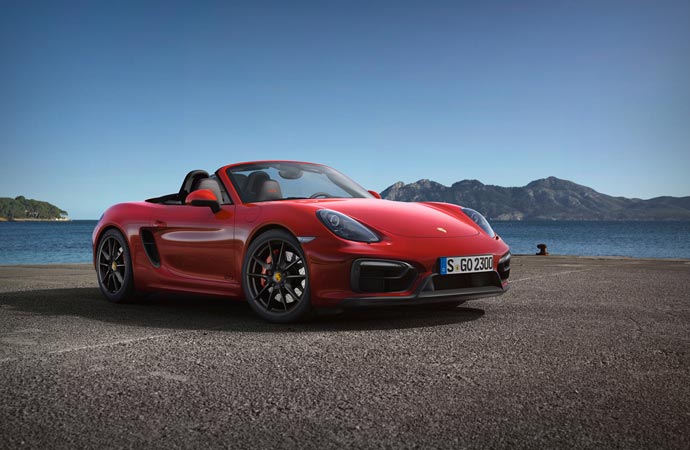 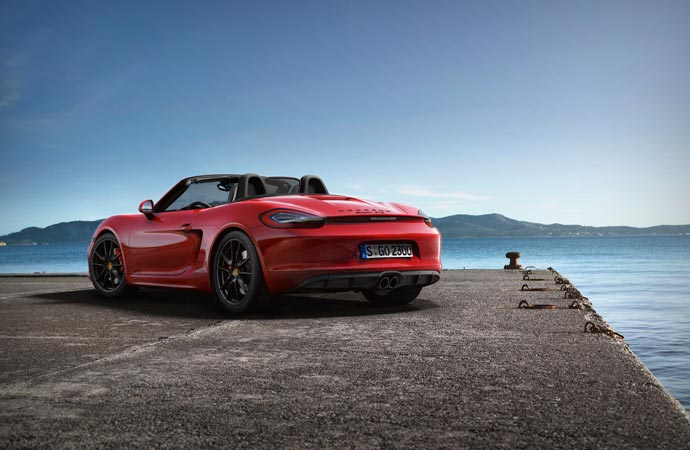 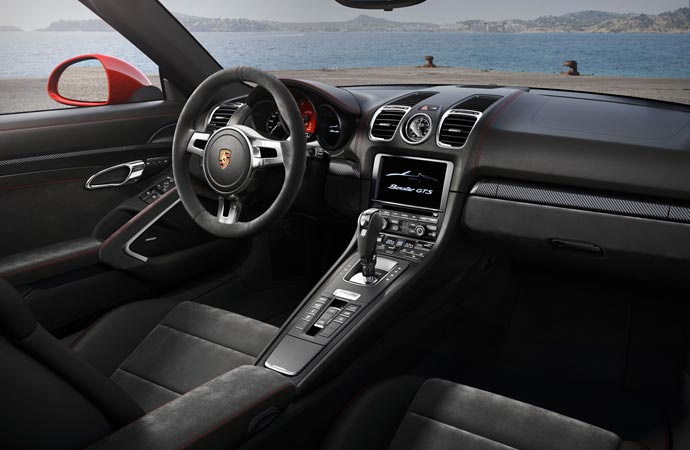 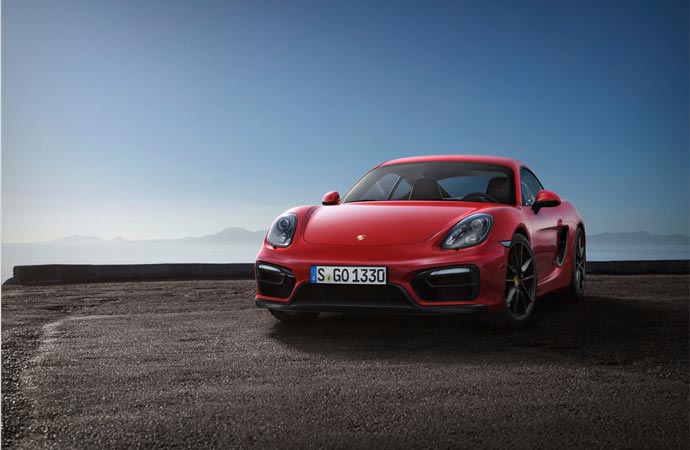 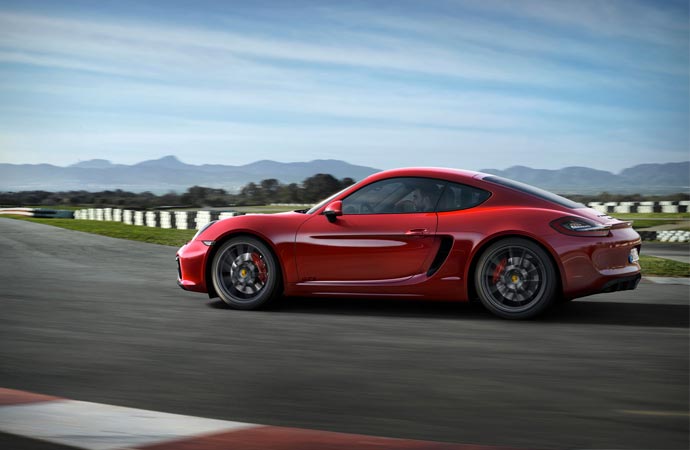 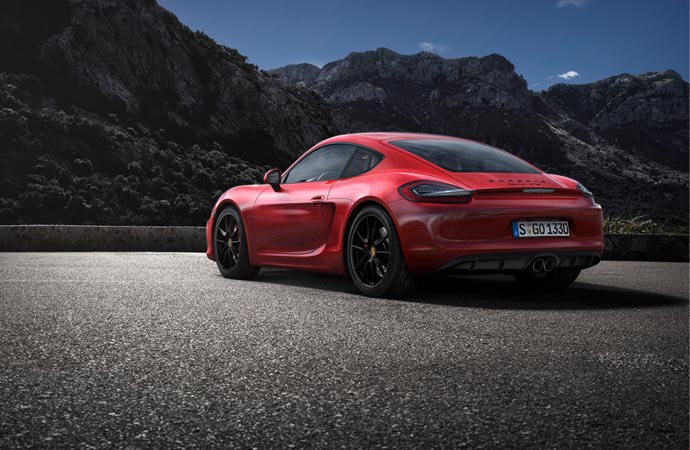 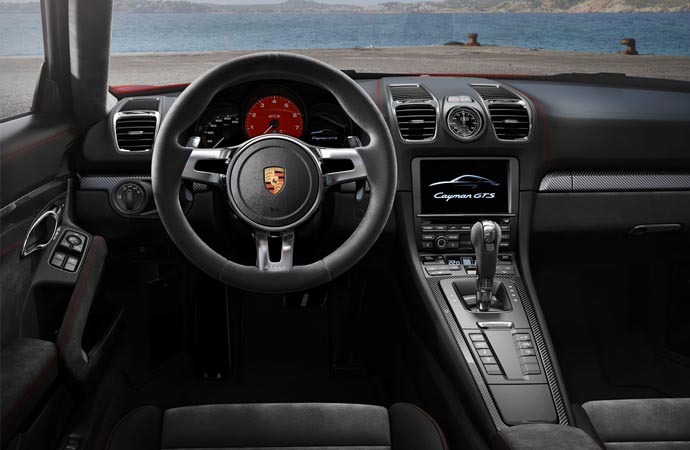 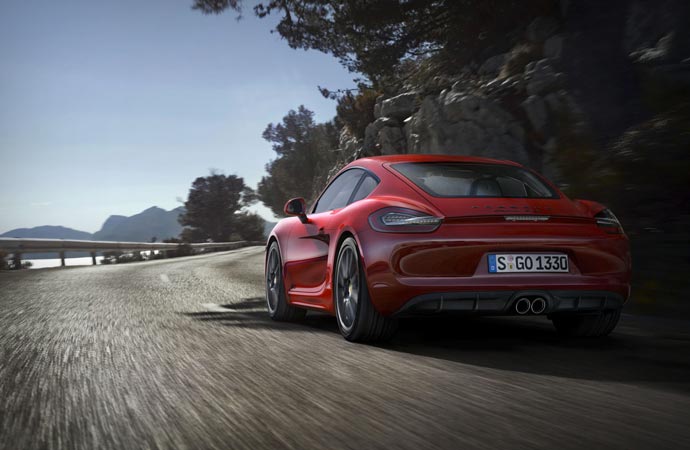