Ennso featured one of their pens a while back on Kickstarter and received support from more than 1000 backers. Now, after time spent in development and the creation of various prototypes, they are back again with their latest elegant and yet minimalist writing instrument, the Pen Uno & Pencil Uno.

We all know that both pens and pencils are the most used tools in an office environment, but we can guarantee that you have never experienced a pen and pencil like the Pen Uno. 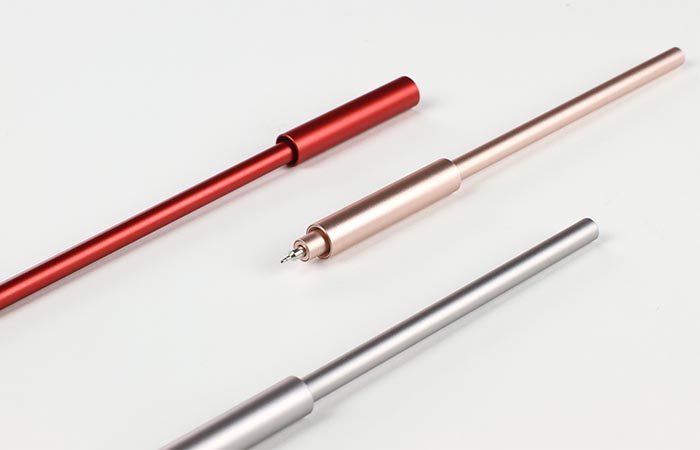 The Pen Uno is crafted out of space-grade aluminum and has a width of only 5.3mm (.2″).

Minimalist in its design, the Pen Uno is sleek, stylish and just adds to the person that you are. The Pen Uno is constructed out of space-grade aluminum that doesn’t just look good but is extremely durable and lightweight as well. When we mentioned sleek, you probably didn’t think 5.3mm (0.2”) but yet, Pen Uno is probably one of the thinnest pen and pencil combos that have ever been manufactured. Check out the introduction video below. 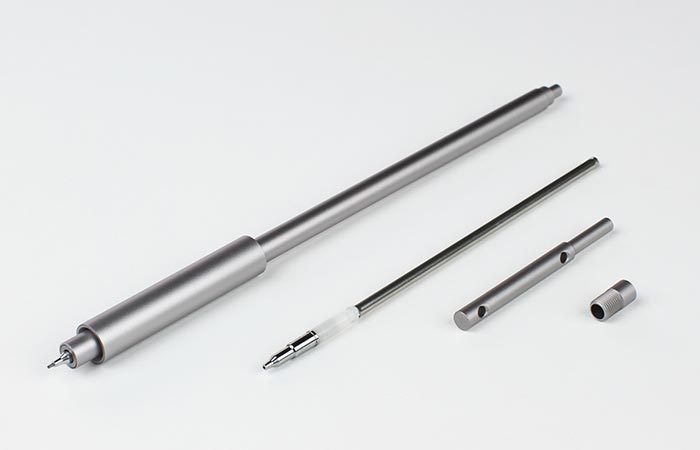 The Pen Uno is, by its nature, a mechanical pen and pencil combo and how this works is that you simply remove the back end cap and exchange the HI-TEC Coleto ink cartridge – which is an excellent gel ink that’s available everywhere – with the pencil accessory, replace the end cap and voila, you have a 0.5mm mechanical pencil. 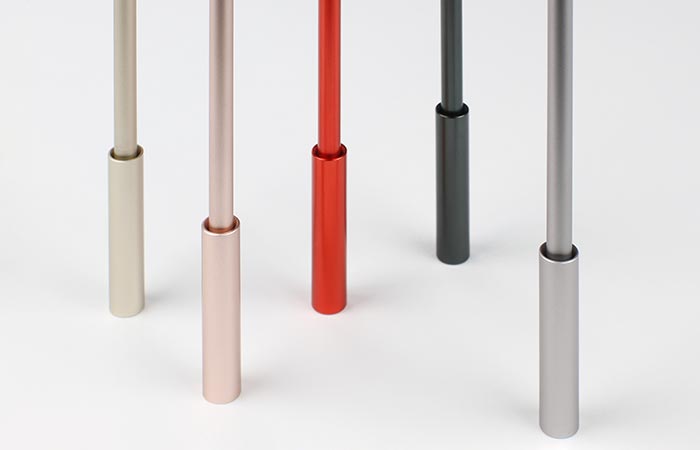 Pen Uno’s aluminum has been anodized to give it 5 distinct colors to suit your mood and particular tastes.

This Pen/Pencil combo also features a new cap design; by simply turning the cap, it moves up and exposes the pen or pencil point, and it also acts as an extremely comfortable finger grip so that you can write for hours on end with the utmost ease. Not only is it sleek and carries a style of its own, the Pen Uno can be chosen five distinct colors to add to your personality. These colors are manufactured by anodizing the aluminum and you can purchase it in gold, rose gold, red, black and space grey.