In the modern-day touch screen obsessed world, traditional writing utensils seem to be losing their popularity fast and ceding their place on the writing tool market to touch-capacitive displays and stylus pens. But still, there’s that unique quaint feel to holding a reliable pen that no LCD, smart screen or tactile sensitive display can ever beat – the universal feel of holding a time-honored writing utensil used by thousands of generations before you which will probably forever remain the symbol of literature, knowledge and education.

If you still prefer handheld writing tools to touch screens and stylus tips, we have just the right thing for you here: with the Tactical Marker, you’ll never be short of literary inspiration and the trusty means to express it. Let’s take a closer look at this innovative writing utensil now, shall we? 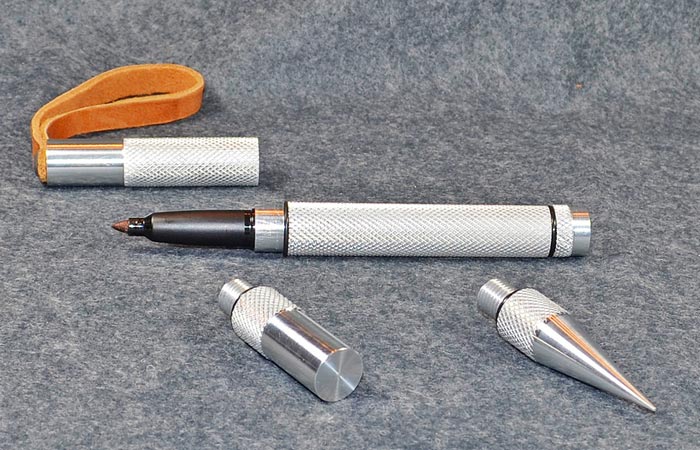 Designed after the model of the universal permanent Sharpie marker, the Tactical Marker is created to deliver superior endurance and reliable performance to all professional and would-be writers who prefer their lettering gear to be as rugged and as durable as possible and still as functional as it gets. Unlike most Sharpie pens out there, the Tactical Marker has a .125-inch barrel tube built from sturdy 6061 aluminum alloy that can take in the standard Sharpie refill (the ones used in stainless steel Sharpies, to be precise), which means it can stand quite a bit of tough love during your odd rocky creative bout. The marker knurling is deep and crisp enough to deliver a comfy grip and the marker casing has O-Ring joints to keep moisture out of the permanent ink and the outer shell, which means that this cool marker can be used even with gloves on or in inclement weather like rain, snow or sleet. 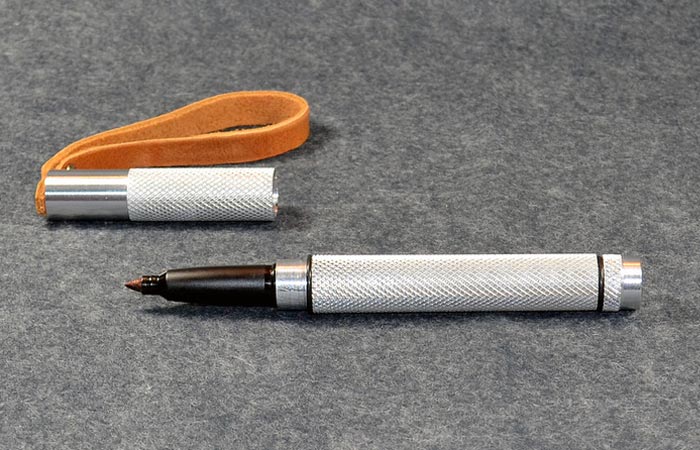 In the box with your rugged Tactical Marker, you’ll also get a removable leather strap to keep your TM always safe and close at hand during your literary endeavors. On top of that, the Tactical Marker ships together with three different tips made from 7075 aluminum alloy (the ‘Tapper’, the longer end-cap called ‘Hammer’ and the tactical ‘Spike’ tip) which can be screwed onto the marker end and used for a range of purposes like breaking hard surfaces, spiking, punching leather or metal, hammering and tapping. Now, that’s versatility at its fines, wouldn’t you agree? 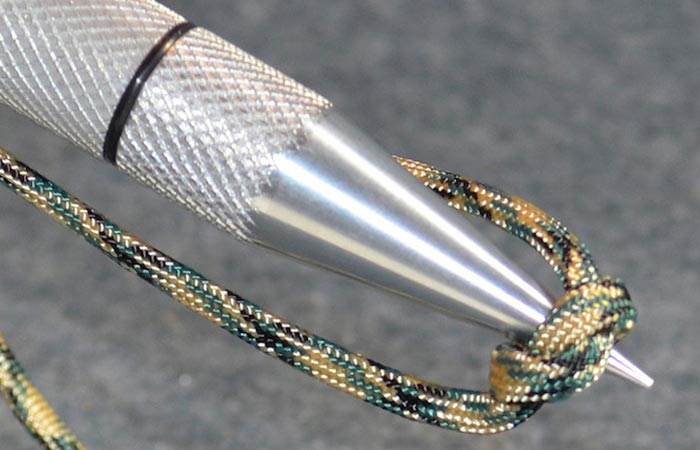 Measuring 5.75 inches in length without the cap and around 6.25 inches in the standard capped configuration, the Tactical Marker is a perfect piece of writing gear to have around regardless of your age, vocation, favorite literary genre and lettering style, so make sure you check it out and order a handful ASAP. You never know when the Muses will start whispering in your ear, so it’s best to go Tactical and be ready to answer their call at all times. watch video below