You might have already experienced the trouble which comes when data roaming fees put a real damper on your travel plans. In order to avoid them, people opt for various solutions, but most simply end up just using whatever free Wifi hotspot they happen to stumble upon. However, if you find yourself traveling through France, you now have a simple solution to the problem of internet access and overpaying data roaming fees (a MB can cost up to $20 in data roaming). It’s called My Webspot and what it offers is access to the web no matter where in France you might be. 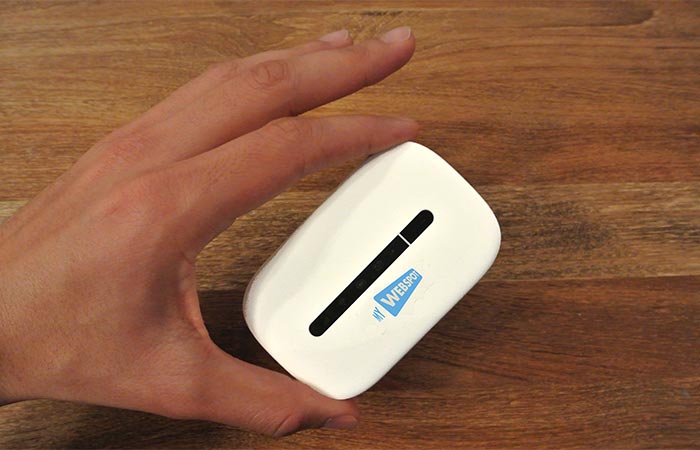 My Webspot is a portable Wifi hotspot device which allows you and 5 to 10 other people (depending on the plan) to connect to the internet via the largest French mobile operator. There are two plans available: 3G+ hotspot and 4G+ hotspot. The 3G+ hotspot offers up to 500 MB of data which can be used for approximately 7 hours of web browsing, 7 hours of GPS usage or an hour of streaming videos with a maximum speed of 21 MB/second. The device itself is very small, it can fit in the palm of your hand, and is very light. The battery lasts up to 8 hours but you shouldn’t worry about it as you will receive a charger along with the device, of course. As for the 4G+ plan, it is currently unavailable but will be soon. This plan offers 1 GB of data usage with a maximum speed of 150 MB/second, has a slightly more powerful battery which can last up to 10 hours and allows 10 devices to connect to it. 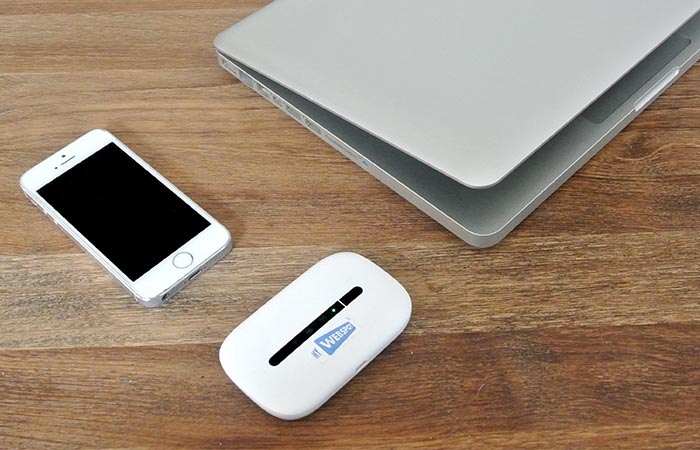 My Webspot hotspot device can be used with several devices simultaneously

Of course, there is a difference in price between the two plans. The 3G+ hotspot plan starts at 6.00€ a day while the 4G+ one starts at 7.00€ a day. How does one obtain this useful little device? It’s quite simple, you order it through the official website of My Webspot, and it will be delivered to the address your are staying at (it can be delivered to a specific address even before you arrive). Pick up your hotspot device and start using it immediately as it comes already charged. After you are finished with it, you can return it in the following ways: by mailing it back with the prepaid envelope you receive with the device and you can leave it at your hotel’s front desk. Recent studies have shown that smartphones have become the most used device when traveling as opposed to tablets and laptops. It is precisely because of this that data roaming fees prove to be an expense you can live without, and now you can avoid those steep fees entirely.

My Webspot offers a simple and easy solution to internet access and avoiding roaming data fees, albeit currently only in France. Let’s hope their business thrives so they can expand and bring their service to other countries as well.