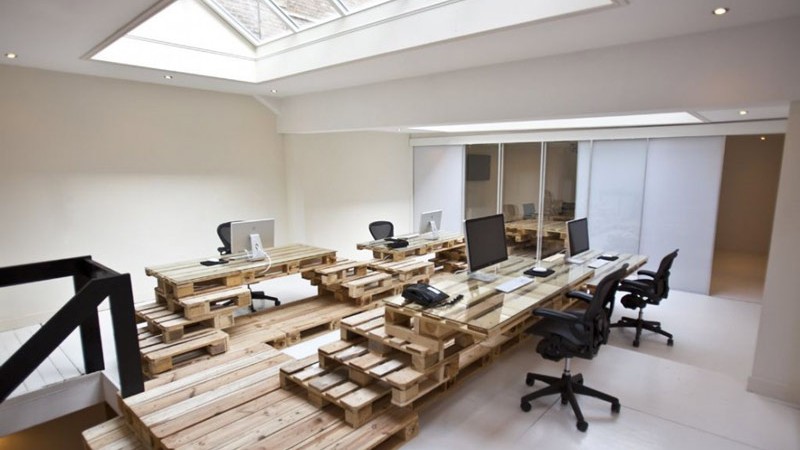 Creative director Marvin Pupping and MOST Architecture got the task of furnishing the new Brandbase office in Amsterdam, The Netherlands. The offices cover the area of 245 square meters, so this should be large enough for a creative design. However, the designers had some not very common problems.

The space needed to be furnished with a recyclable material that is authentic. Additionally, the building that houses the offices is a common Dutch canal house in Brouwersgracht in Amsterdam. These houses are pretty narrow, and this one is about 90 feet deep, so the entire thing needed to be designed around the longitudinal axis. 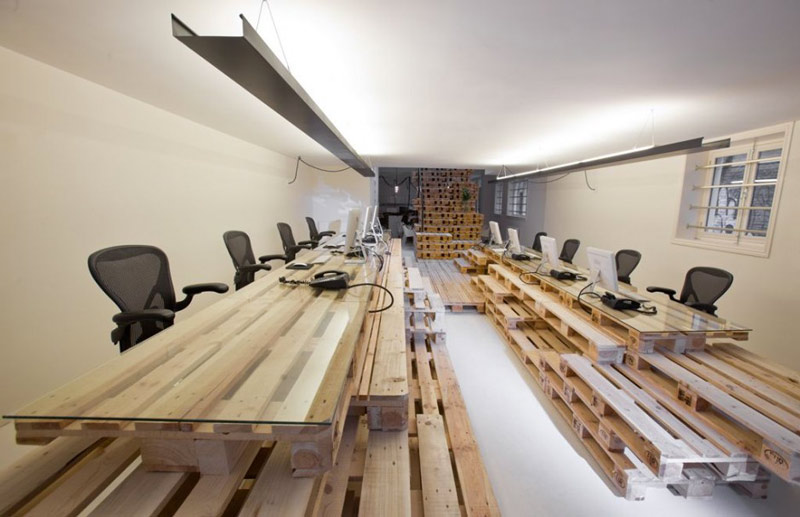 So, they decided to use pallets. When you think about it, the idea is actually brilliant, being fairly original while accommodating the space and meeting the criteria Brandbase required. There are three layers of this design. The first one is the existing space that was painted white.

Then they introduced the pallets cleverly positioned to be completely practical for each segment of the office. The last layer consists of the necessary additions to the pallets, such as light, staircase banisters and simple black furniture.

Even though the entire space was designed in more or less the same way, we can still distinguish four different sections.

First, we can see the entrance area that seems to have open arms of two rows of desks with eight working stations. A visitor is on a catwalk-like path surrounded by the employees. 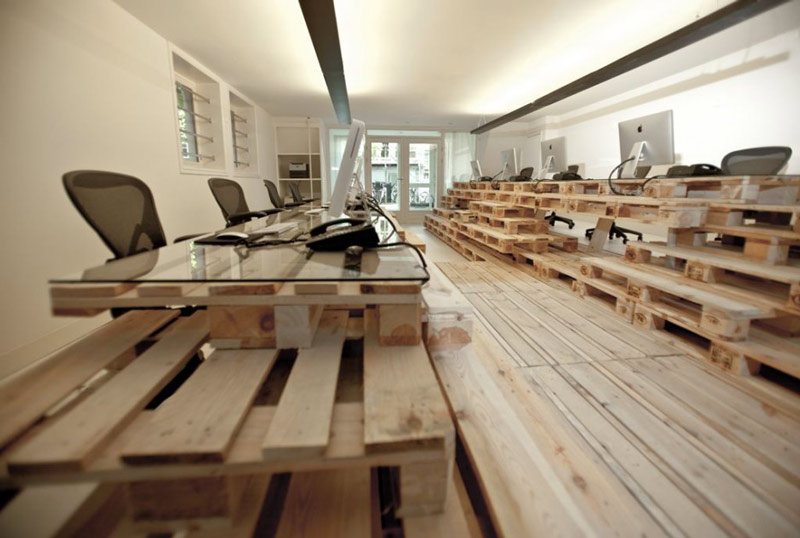 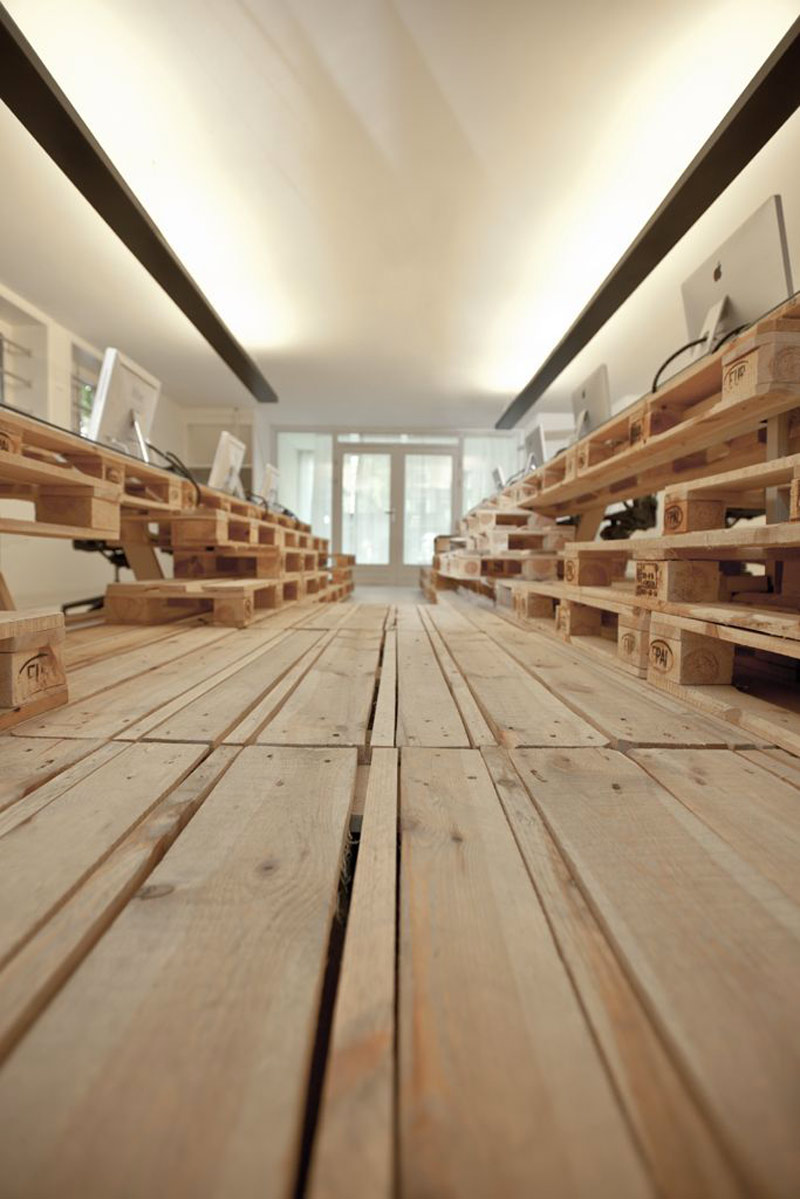 Second section is the staircase area, with two different parts – the formal one and the informal one with pallets where the employees can socialize. 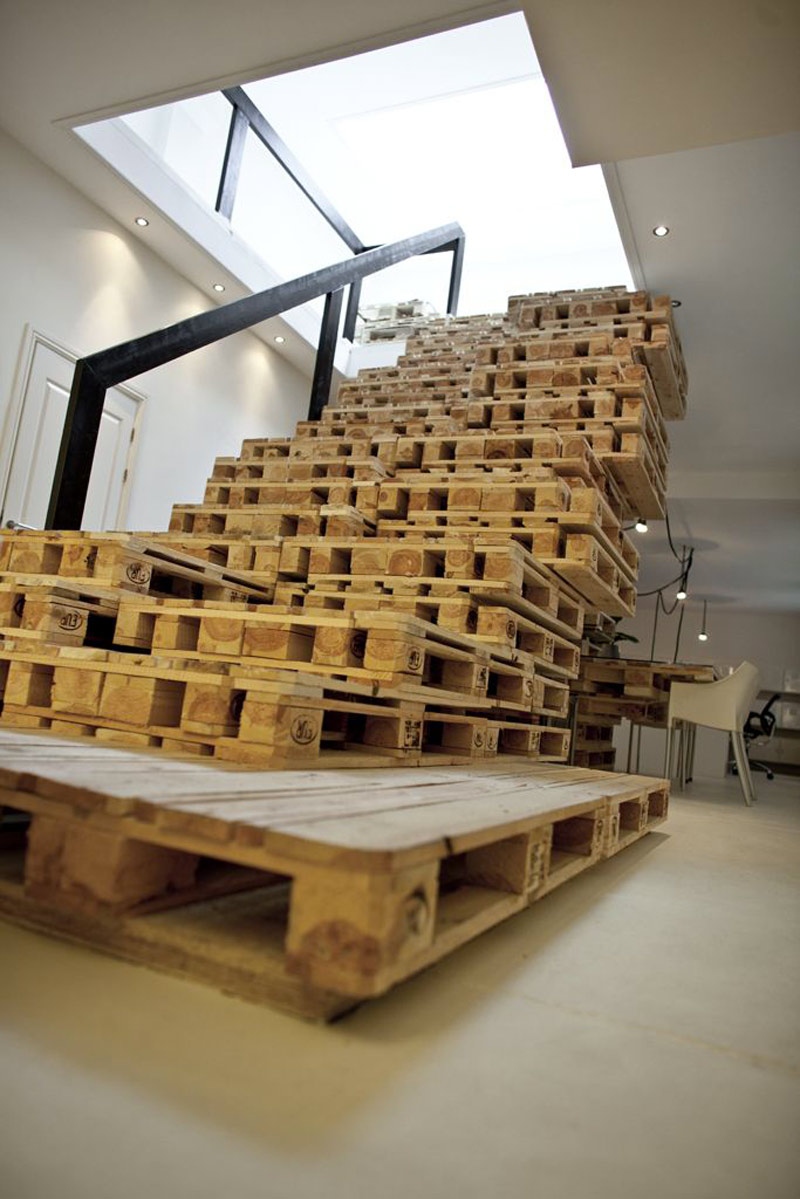 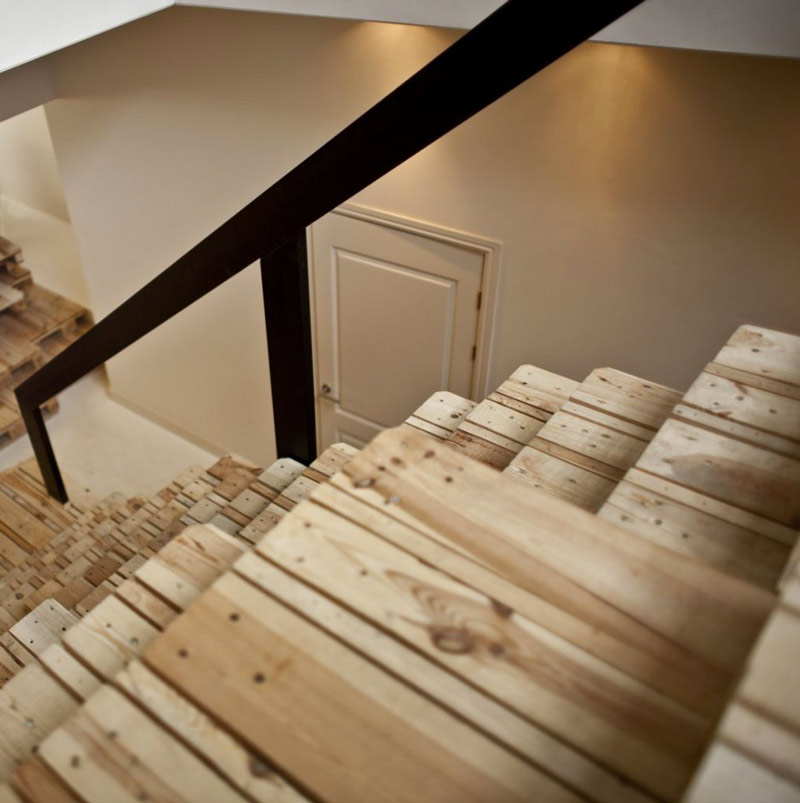 On the upper floor there are management premises with four far more separated desks. There you can also find fully functional presentation room and a meeting room. 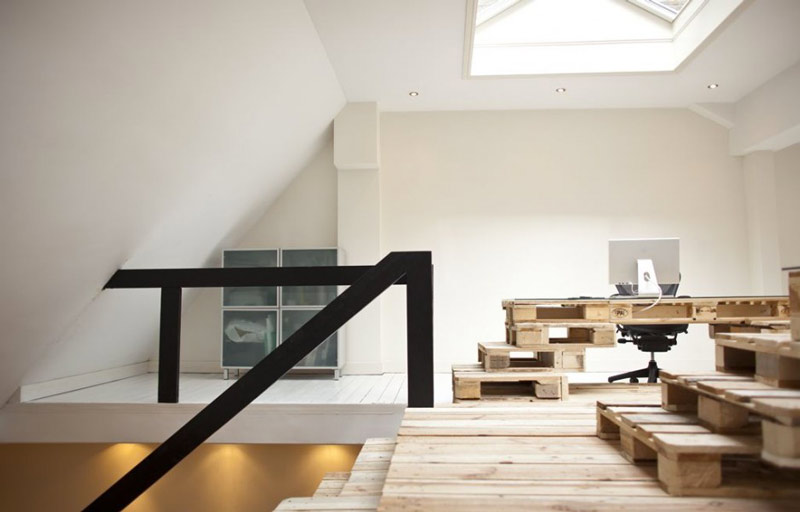 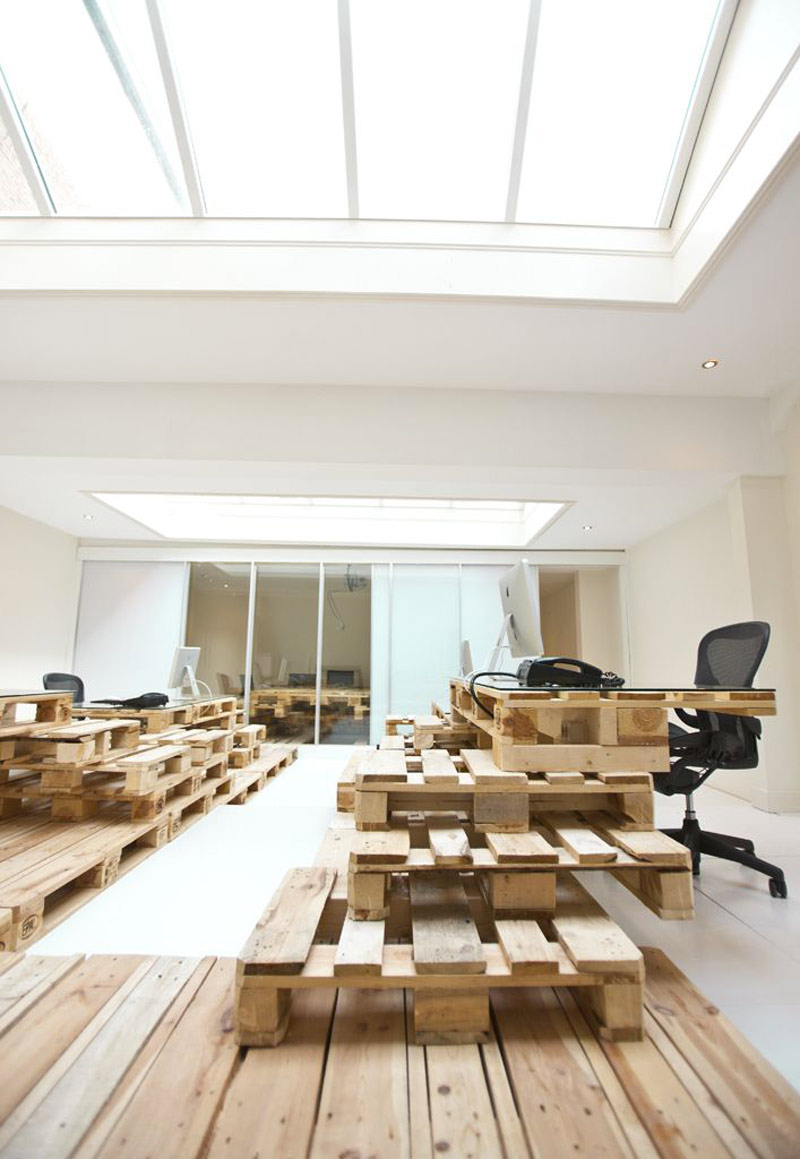 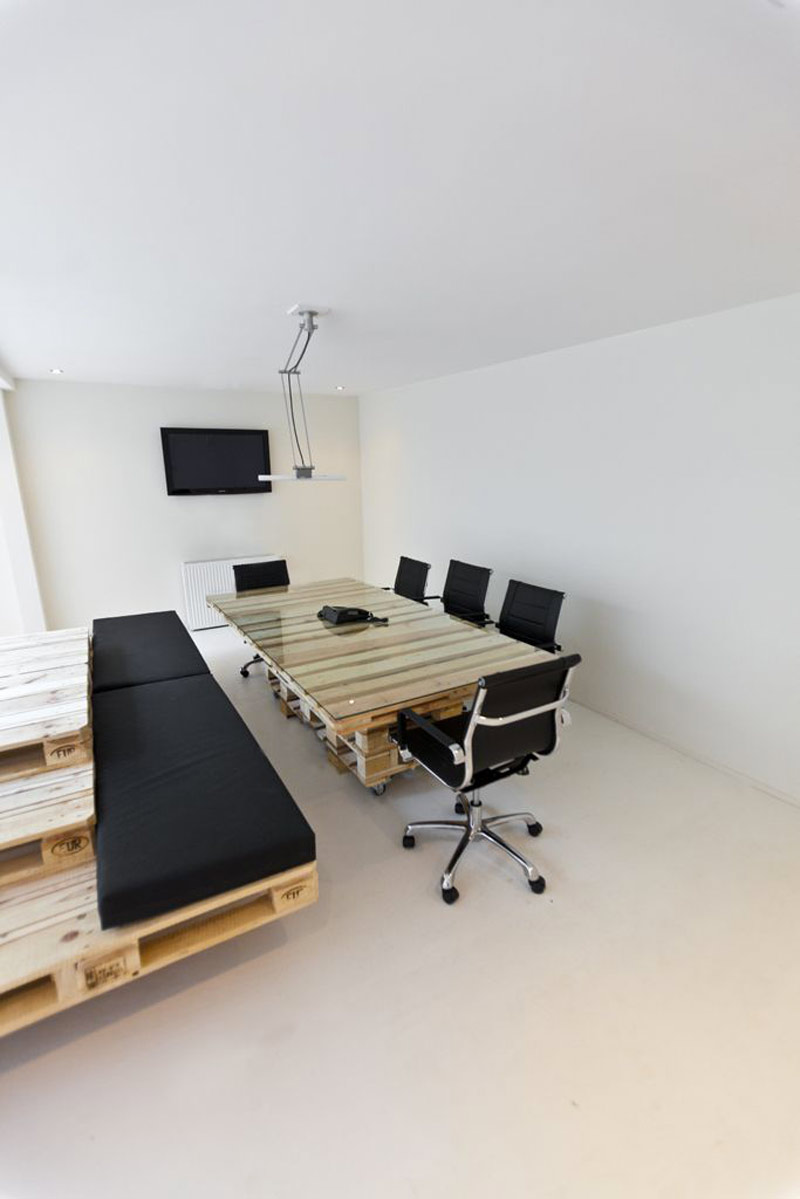 The studio area is quite different. White desks connected with pallet structure via black wires hanging from the ceiling. 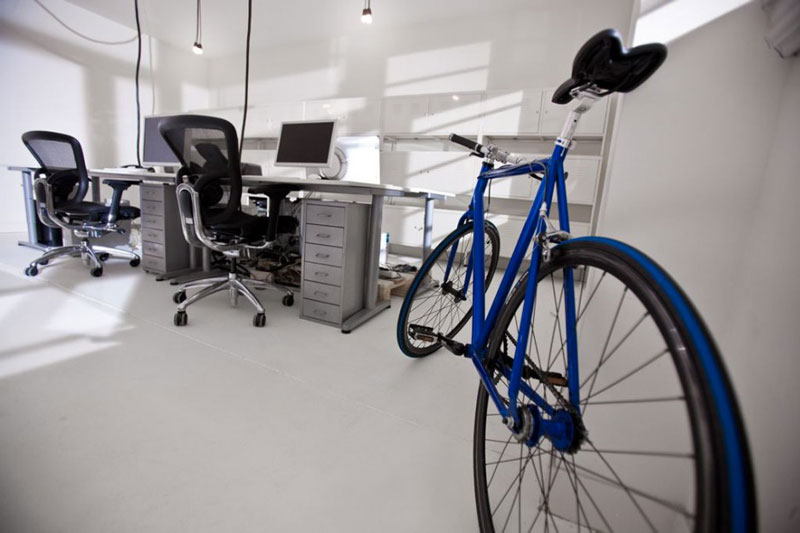 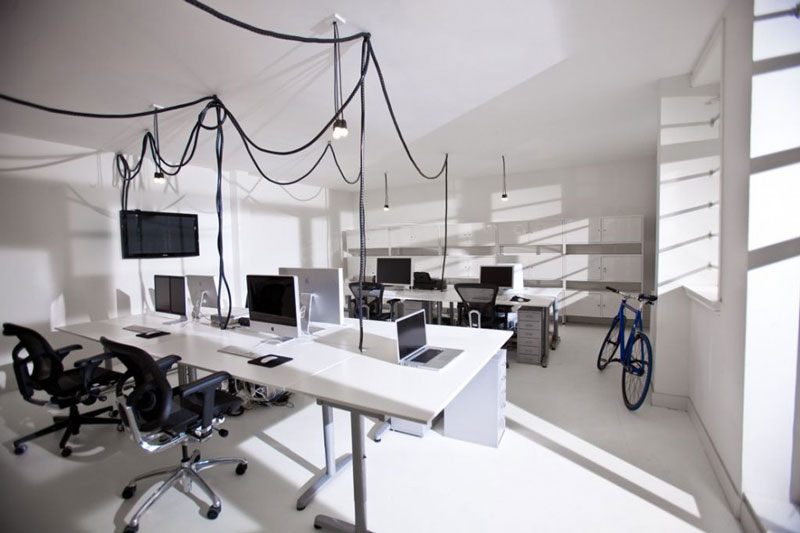 Even though some may not like this kind of informal offices, having in mind the limitations of the space and the desires of the office occupants, the general idea might seem great. However, pallets are known not to age very well, with splinters breaking off, so this kind of a design might prove too difficult to sustain. 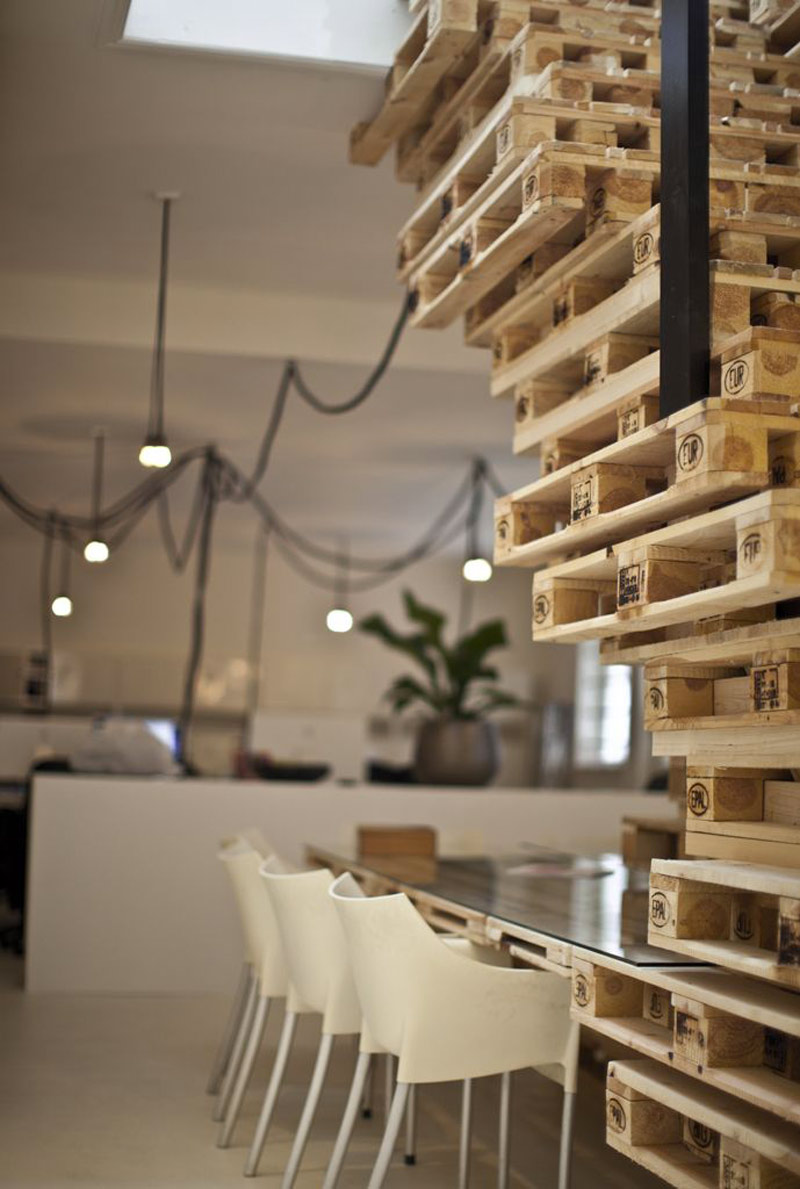 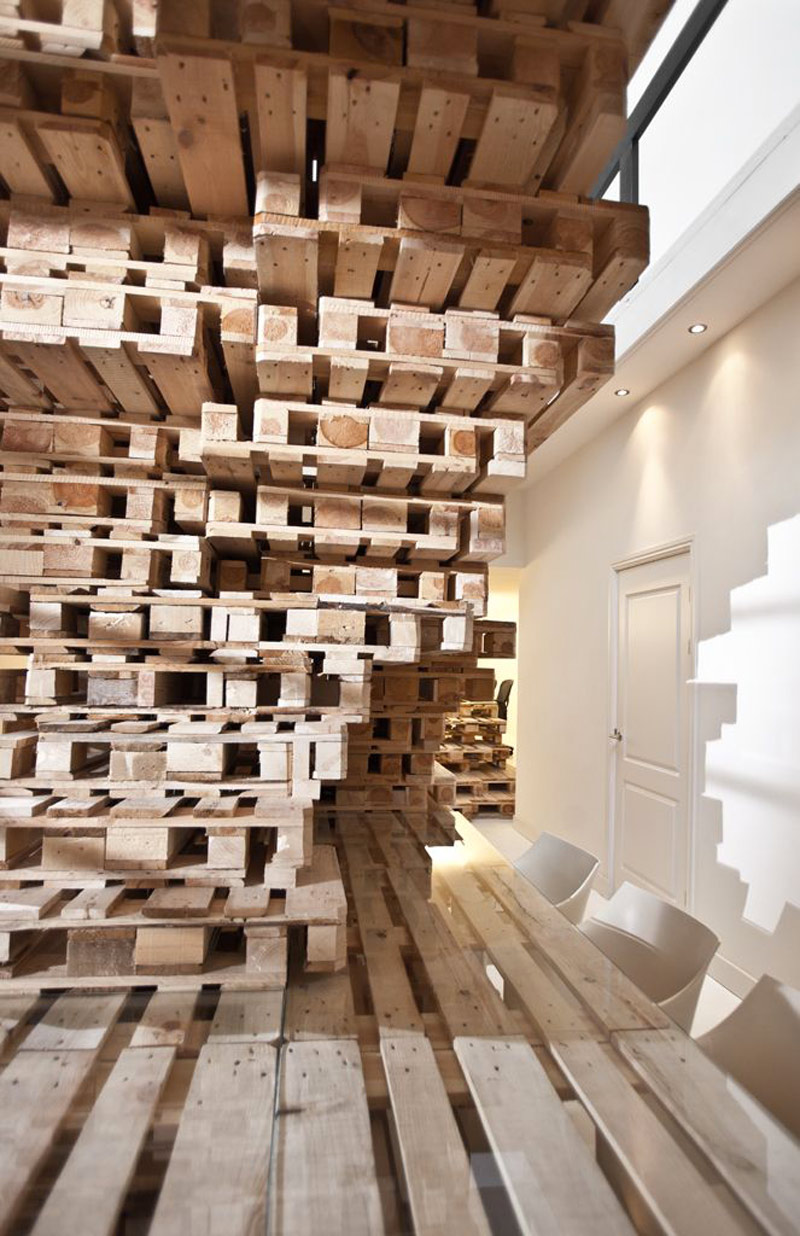 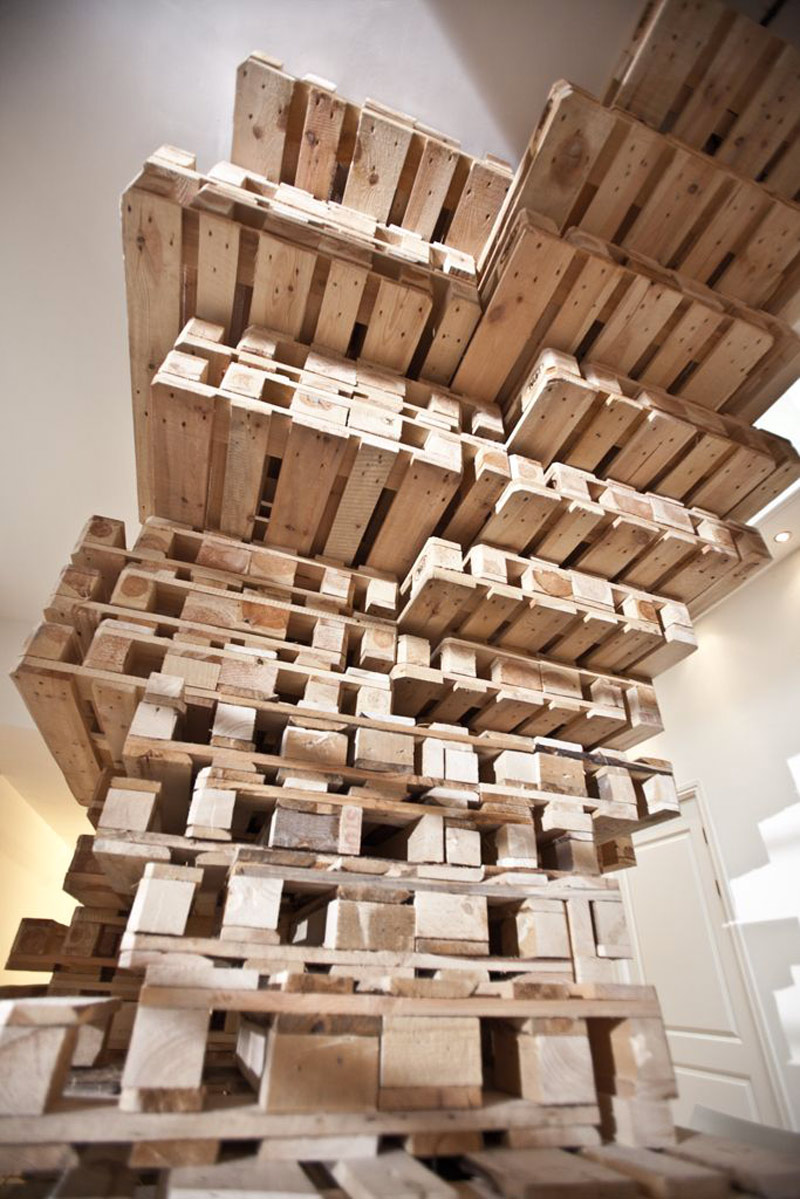 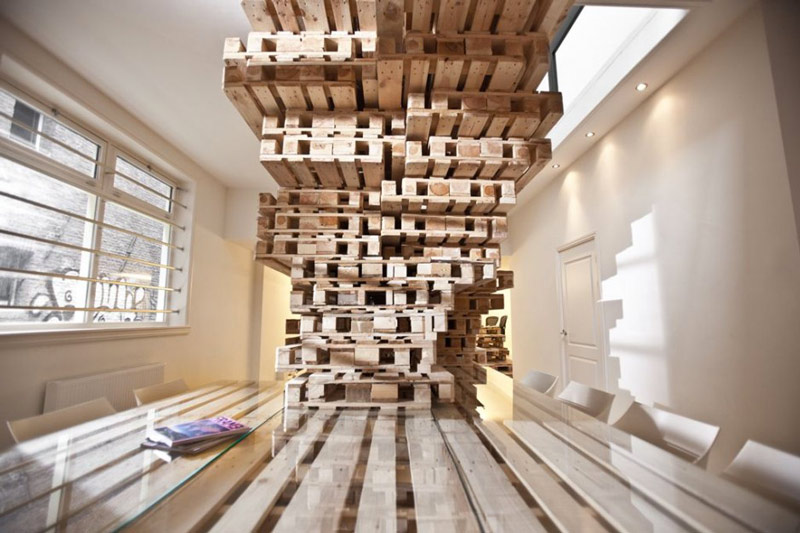