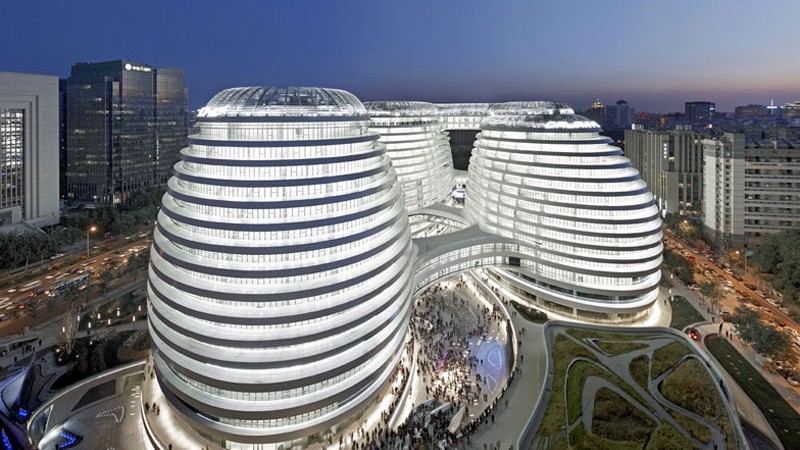 It is consisted of four large domes that are connected using large bridges and platforms that, all mixed together, give the impression of a fluid and natural environment.

The inspiration was clearly drawn from natural forms, such as dunes and rivers and even canyons represented by numerous public courtyards and a large central open space. Such influences combined with the position of the Galaxy SOHO Complex in Beijing made it a perfect urban construction but with strong hints of nature. 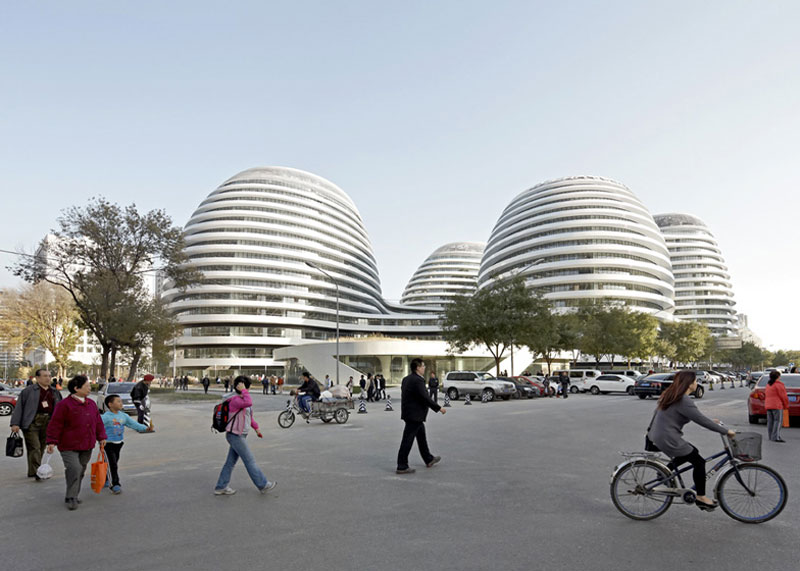 There are 15 floors above ground and three more below ground. The lower levels are intended to be used for retail shops, offices from the fourth floor above and bars and restaurants atop. These bars and restaurants are placed in a way that they offer panoramic views of one of the biggest avenues in Beijing.

The conspicuous exterior is covered with stone and aluminum but shape is the most important thing here. There are no sharp corners or rapid changes, but the entire complex seems fluid and continuous from all sides.

The open spaces in the middle are reminiscent of traditional features of Chinese architecture, where large open spaces seem to be endless and naturally flowing and complementing one another. watch video below 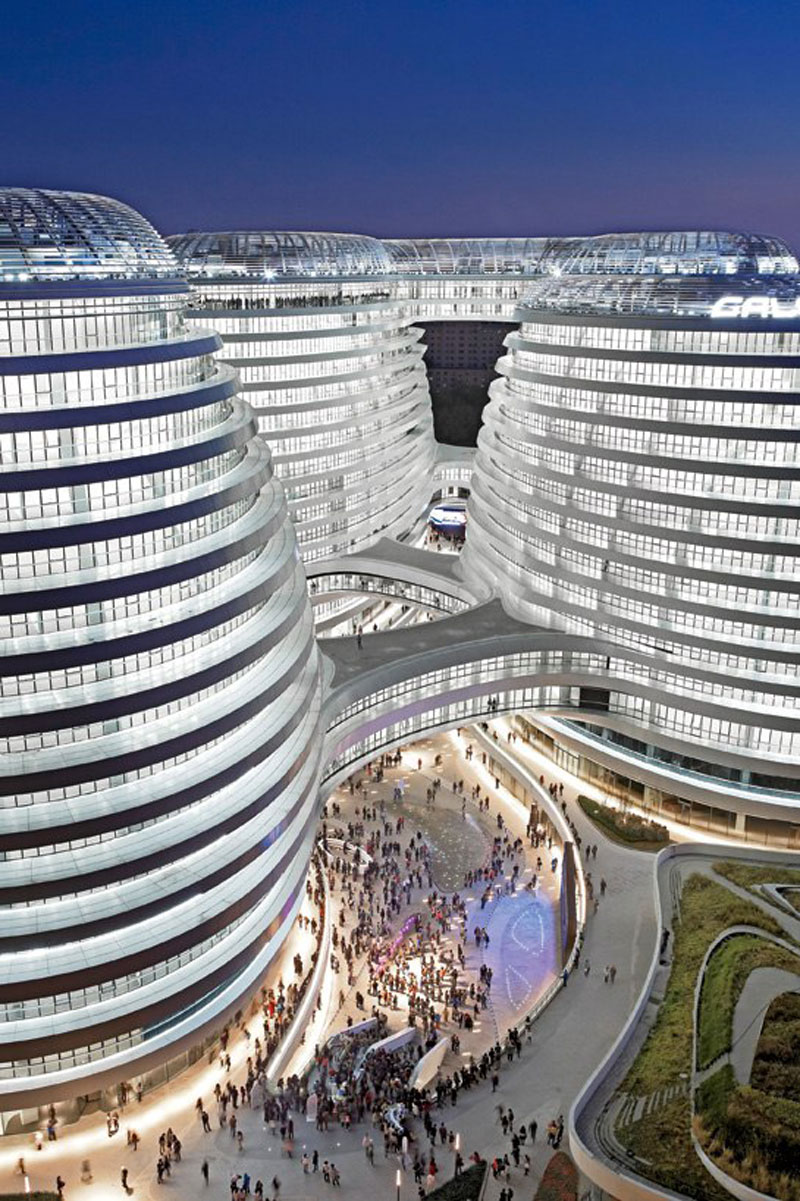 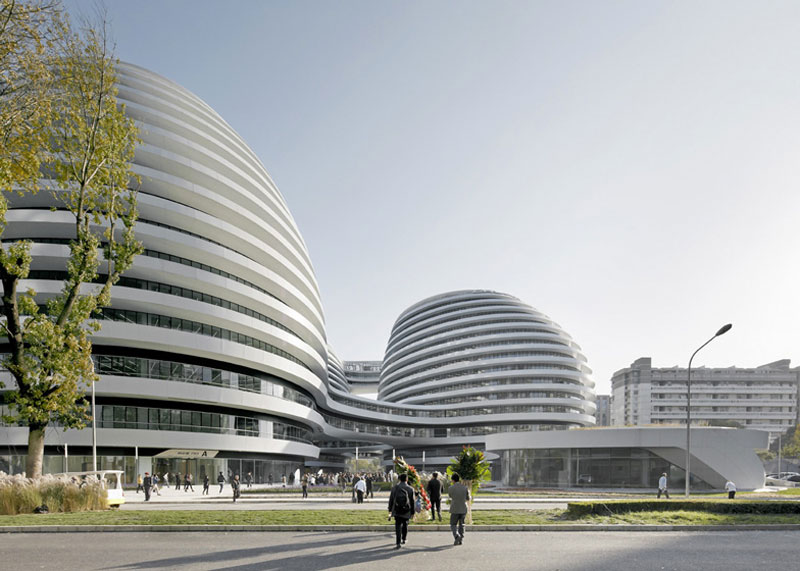 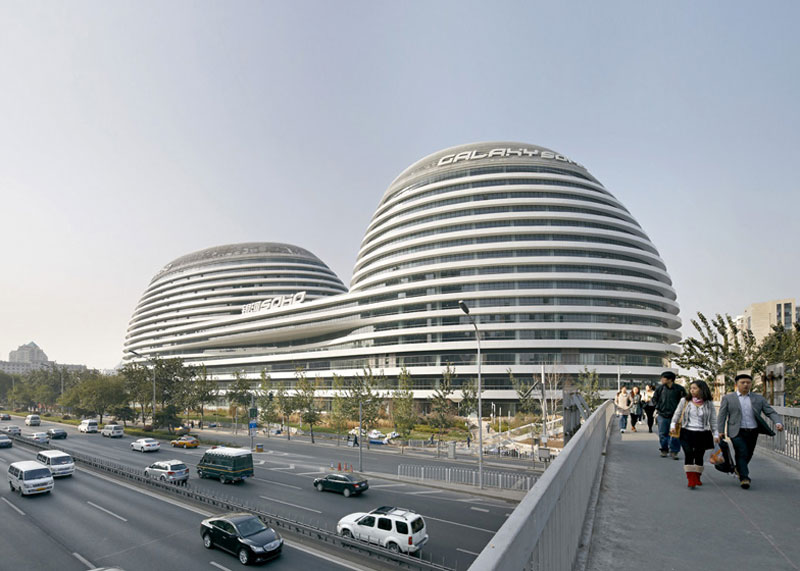 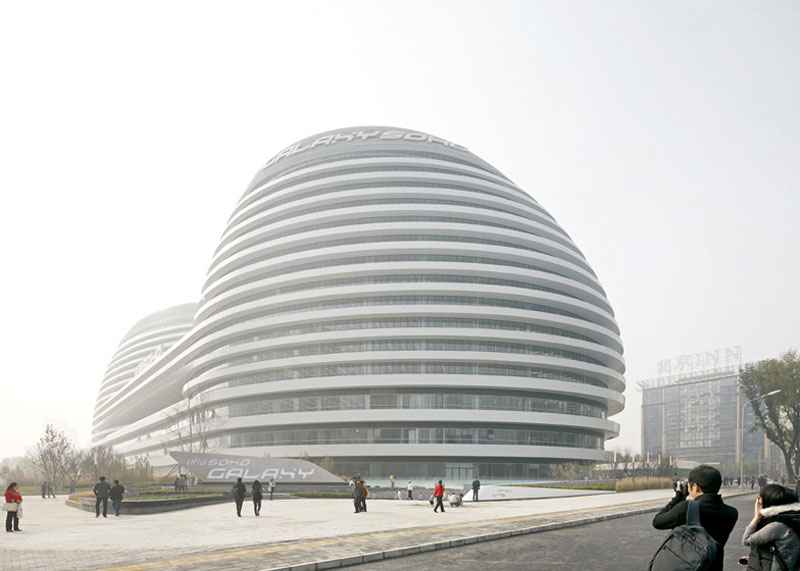 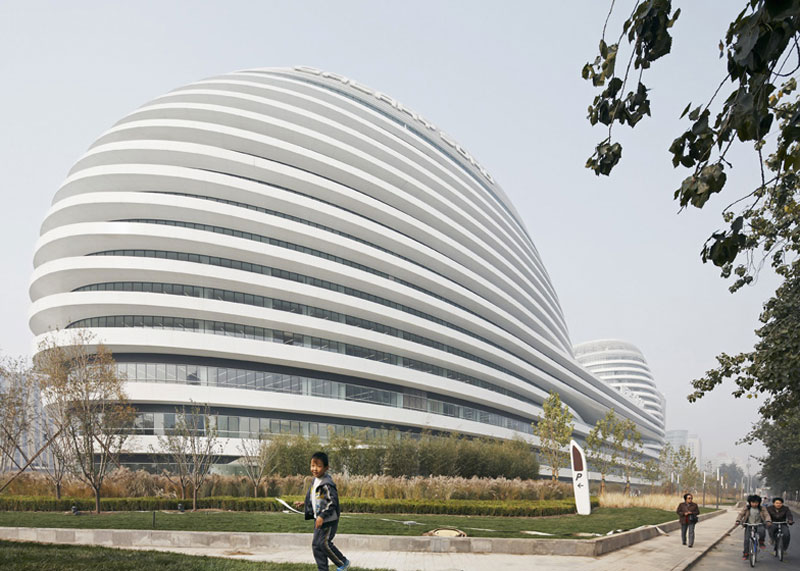 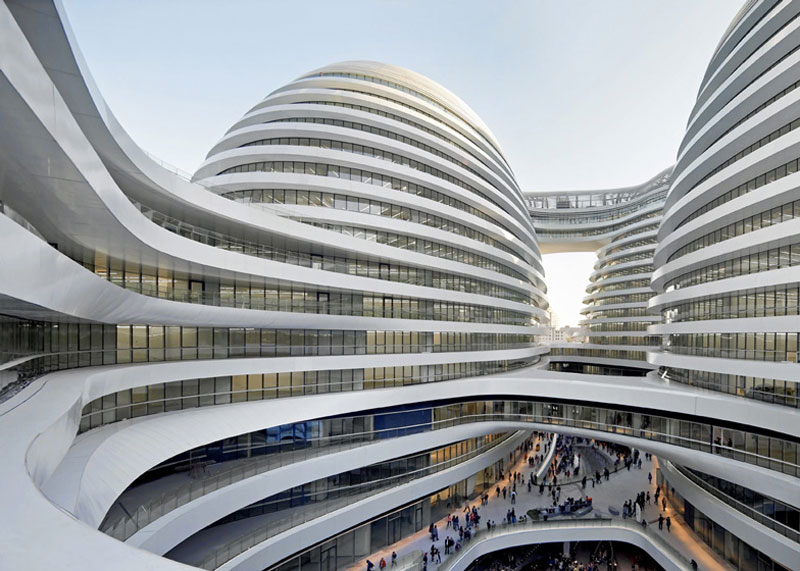 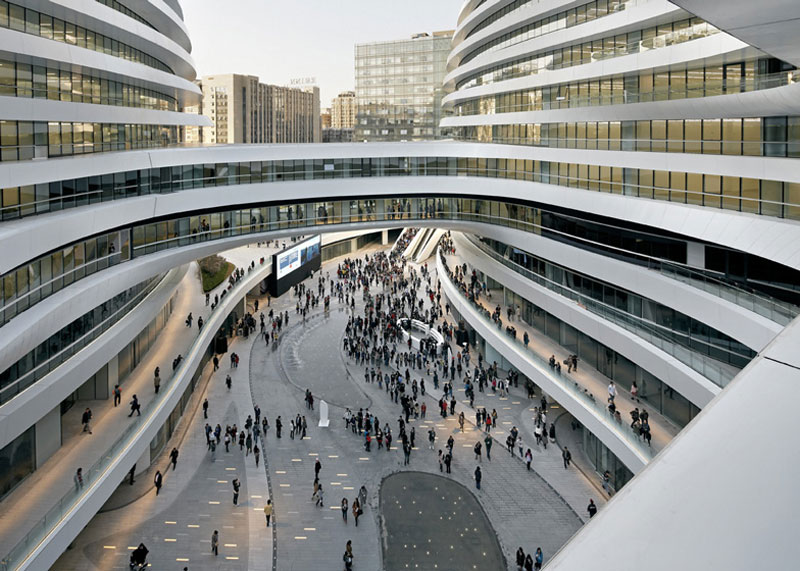 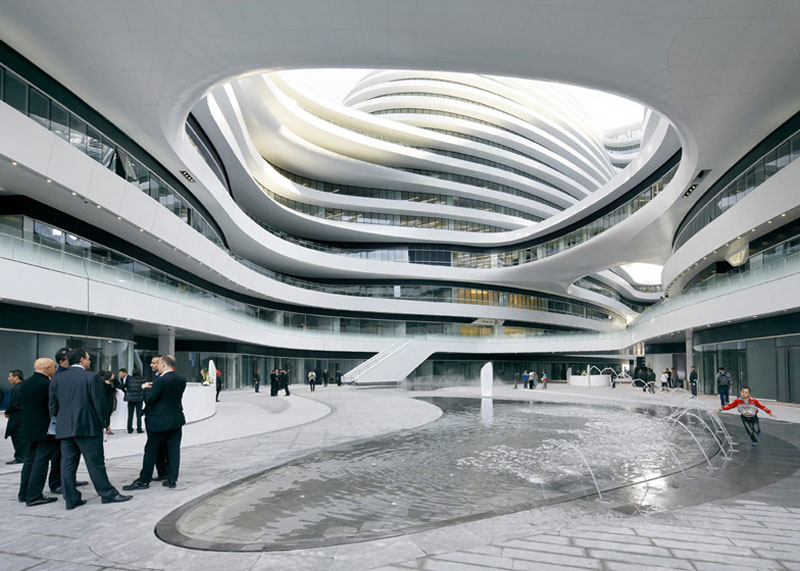 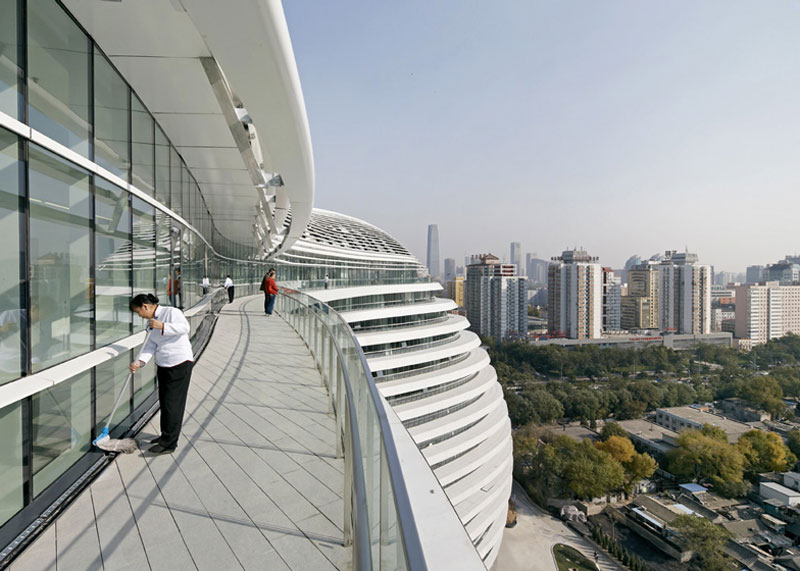 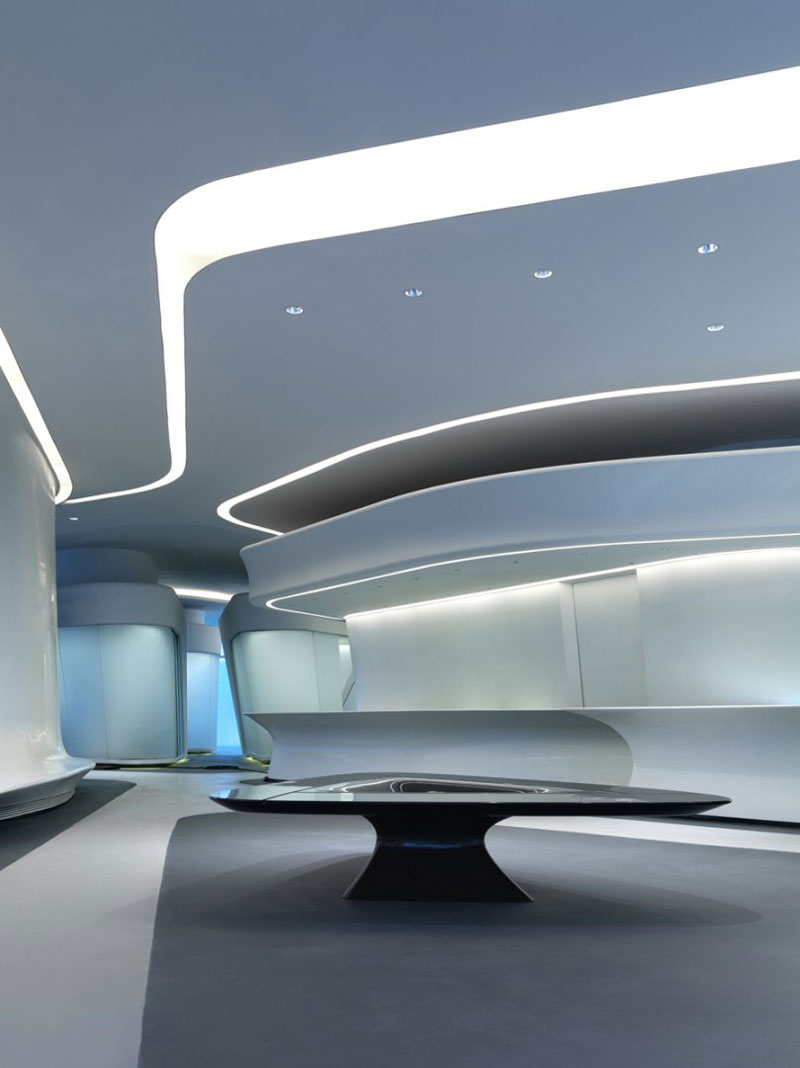 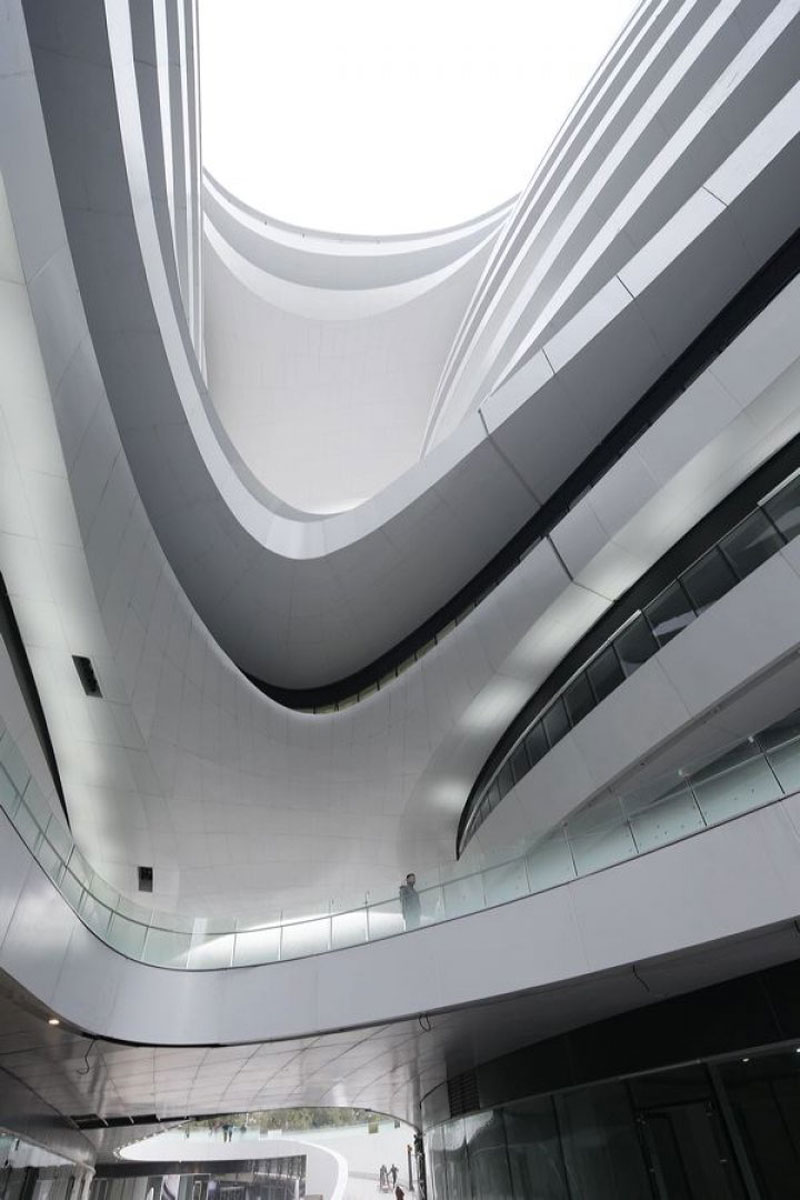 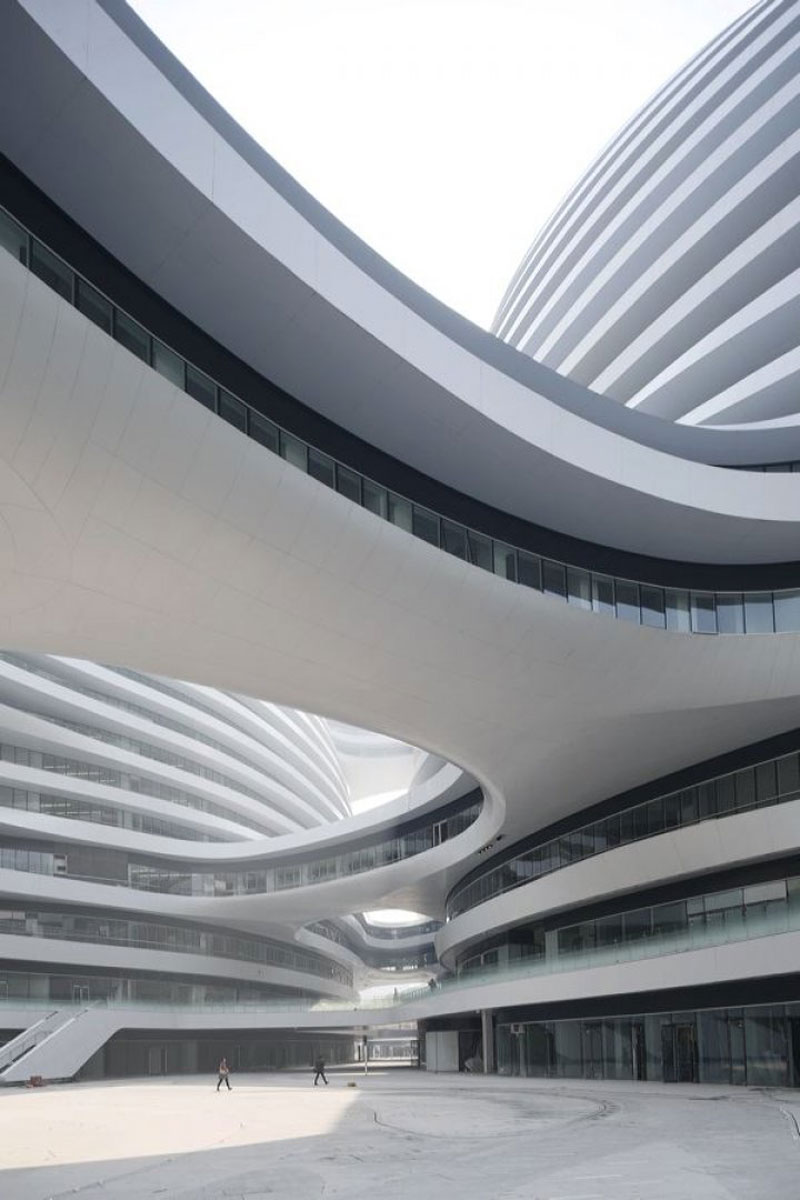 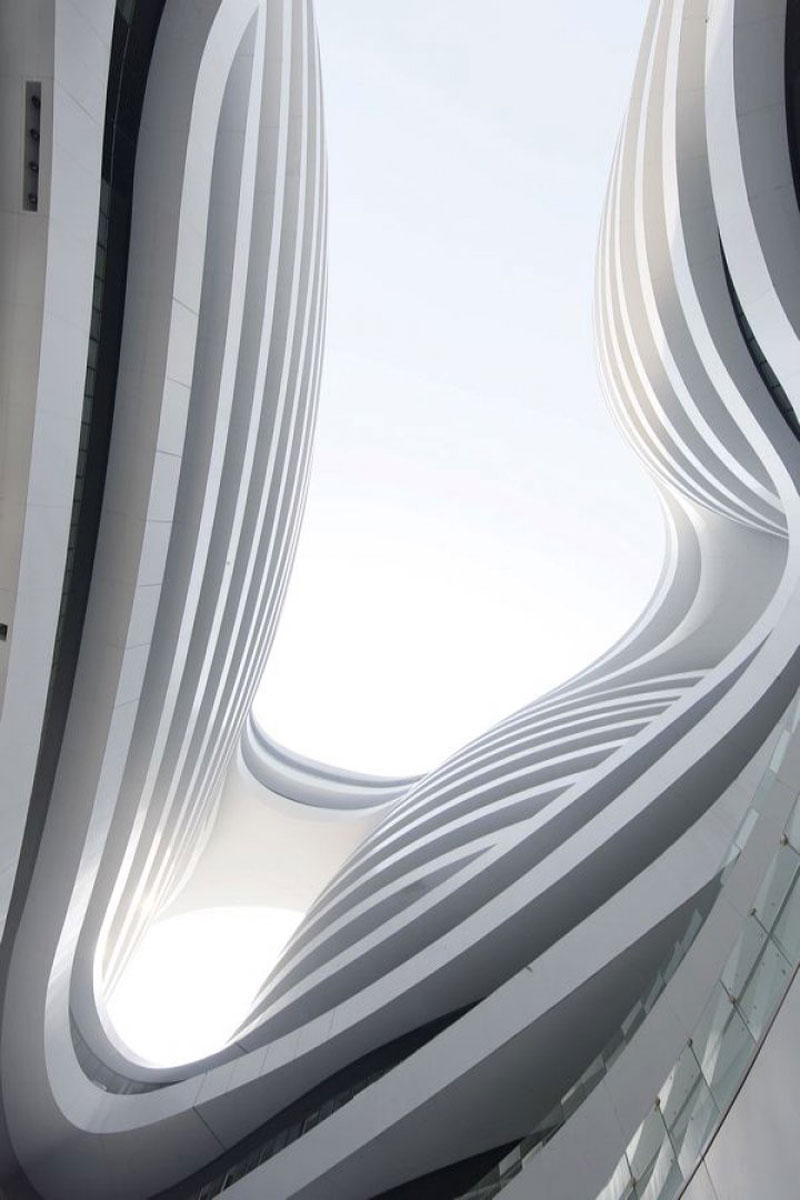 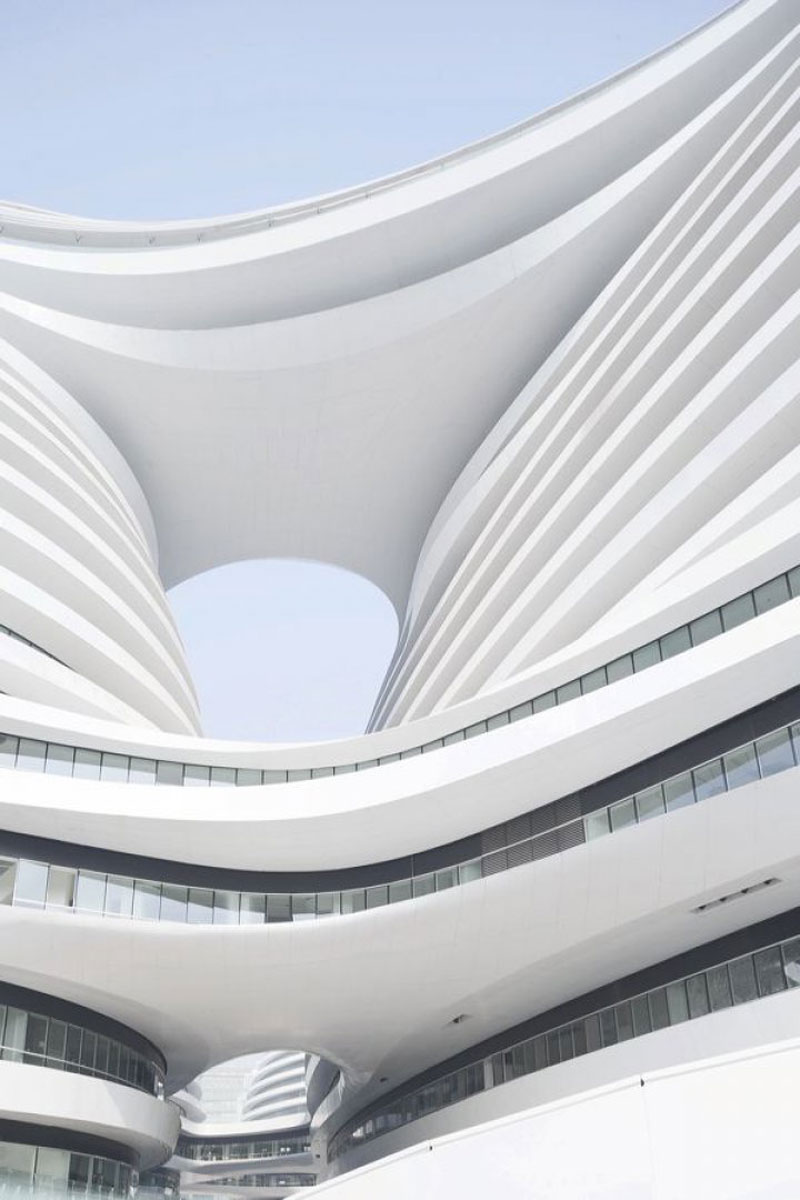 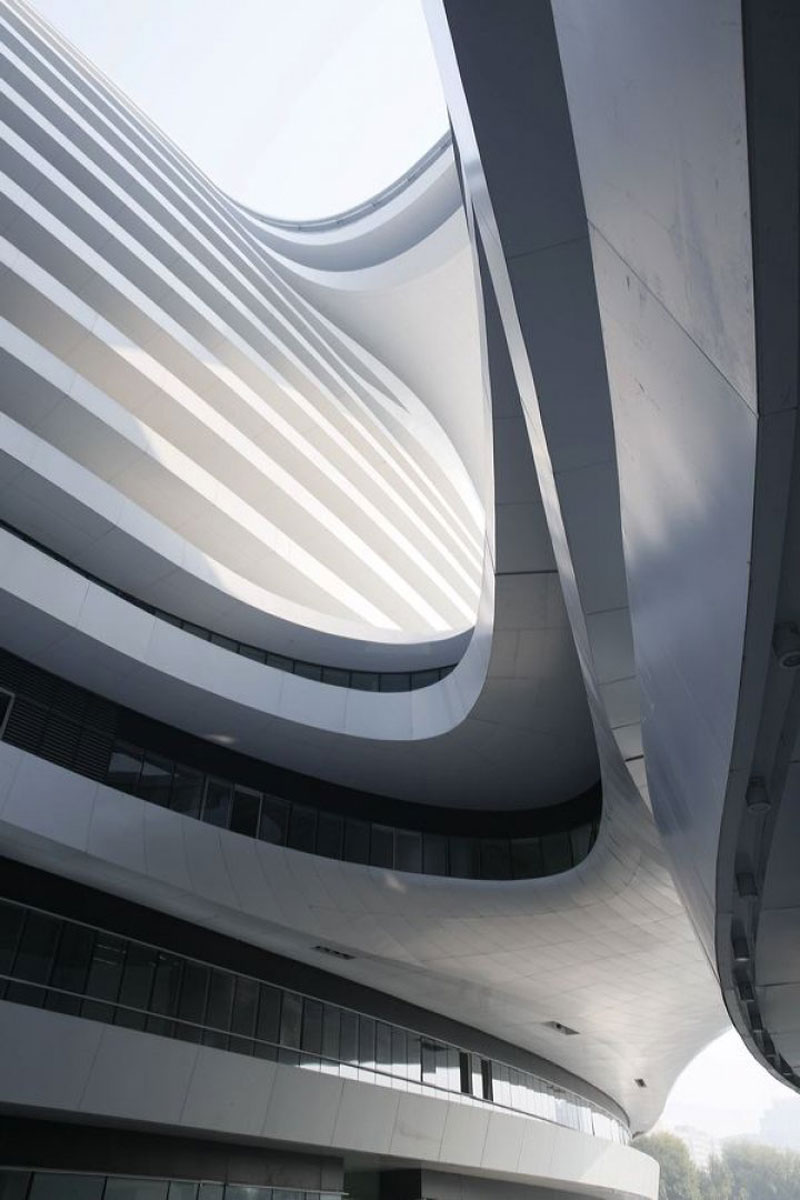 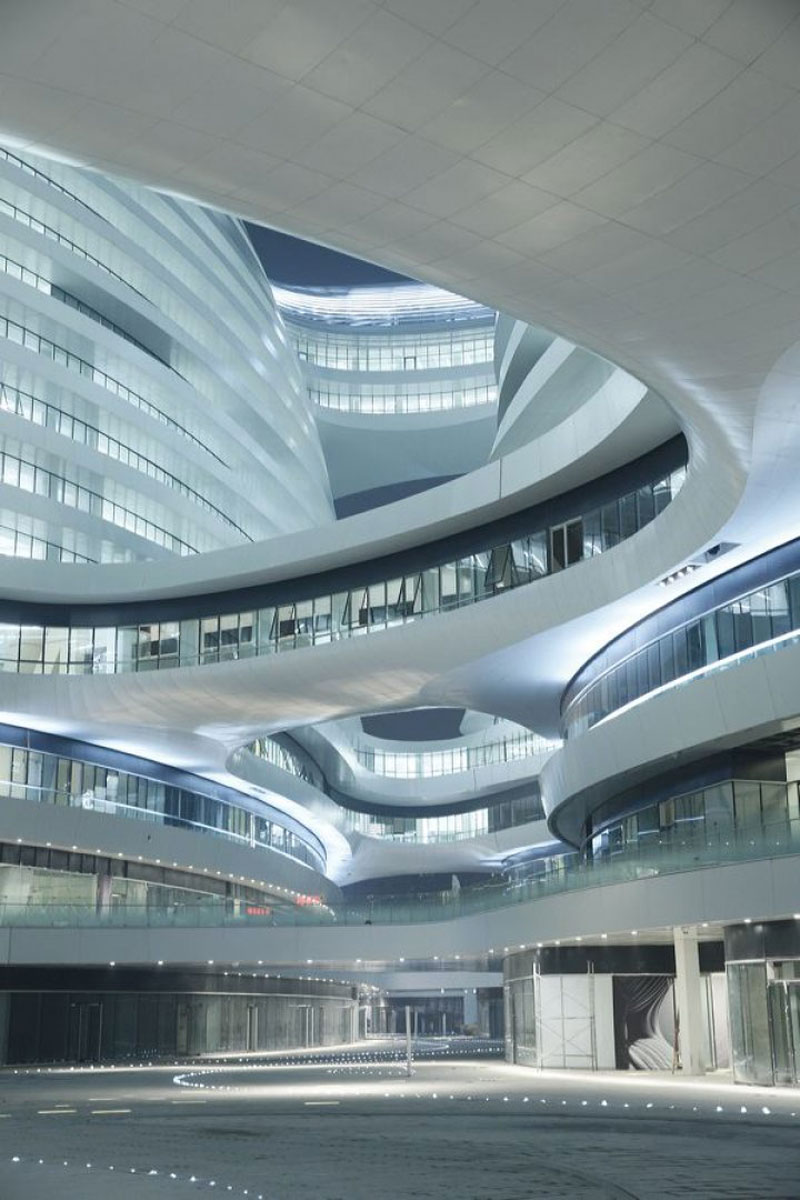 The video below shows the Galaxy SOHO Complex from different positions and really helps us see it in context, rather than a separate construction. A good addition to Beijing’s landscape? You decide.