Making cool and noteworthy aerial footage requires skill and experience, but it doesn’t hurt to have an amazing drone to help you out. For instance, the Yuneec Q500 4K Quadcopter which has a bunch of useful features both for beginners and veterans of aerial photography. A very interesting feature which comes with this drone is that it can help you even with making amazing ground shots and not just aerial ones, because it comes with a detachable camera which you can then use as a pretty decent action camera. 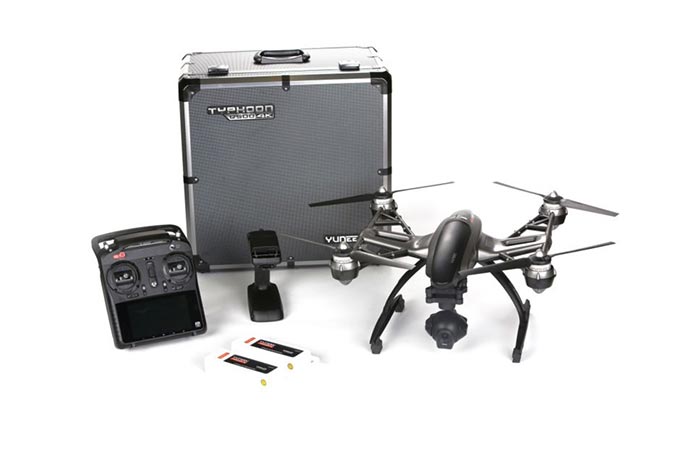 The box contains the actual drone, controller, two flight batteries and the SteadyGrip

Right next to flight responsiveness in drones, the camera is a pretty big deal when looking for a new drone. Now, some drones offer simple mounts for already existing high-def cameras, but not the Yuneec Q500 4K Quadcopter as it comes with its own excellent camera. This integrated camera is set on a 3-axis precision gimbal and is capable of shooting 4K videos in 30 fps. It can also shoot 1080p slow motion videos in 120 fps which is a cool feature to boost its already decent camera quality. But this camera is capable of shining even when in need of ground shots, because it comes with a SteadyGrip, a handheld device on which you mount your Yuneec camera and smart phone so that you can make smooth shots regardless of the subject at hand. 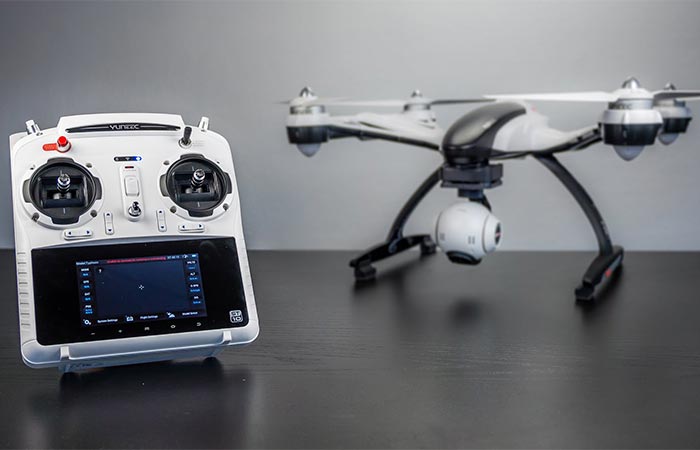 The Q500 is ready to be used straight out of the box as it requires no assembly and all you have to do is charge it up. In order to make controlling it a breeze, its controller doesn’t require a smartphone to be used with it, it has its very own display, which allows you a FPV (first-person view) feature, meaning that you can observe what your camera is picking up in real time. In order to make great footage with relative ease, this drone has “Follow me” and “Watch me” features so that you, or your subject, can always stay in focus. You will also get two flight batteries and a case right of the bat, so you don’t have to purchase additional equipment like some drone manufacturers require of you.

The Yuneec Q500 4K Quadcopter is an extremely useful aerial footage tool which gets even better with its ground footage capabilities and amazing video quality. All of this, and a user-friendly controller, make it a force to be reckoned with in the world of drones. 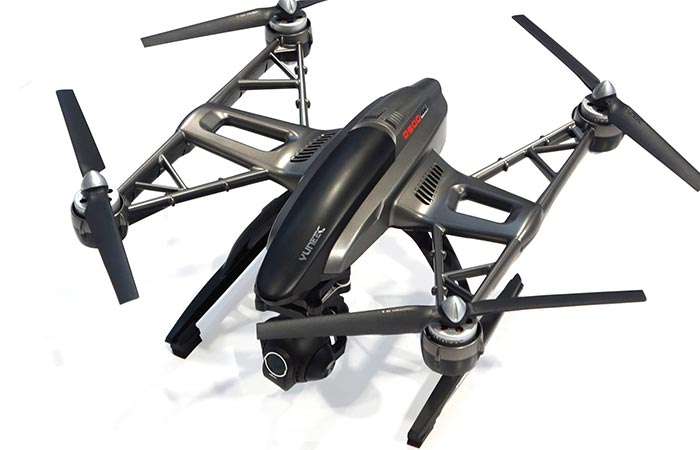 The Yuneec Q500 4K Quadcopter can be used with ease, its “Follow me” and “Watch me” features will help you with that