Artist Mark Kirkland created a set of Game Of Thrones Playing Cards. They look just like traditional playing cards, but there are a few details devoted to the book/TV show. For example, all the faces are illustrated by hand and show different Game Of Thrones characters.

For those of you who are a fan of A Song Of Ice And Fire, it’s well known that many so-called kings want to rule Westeros. In this set of cards the kings are different for each suit. There’s Joffrey, Stannis, Renly and Robb Stark, just like it was in the second book, A Clash of Kings and the second season of the TV show. 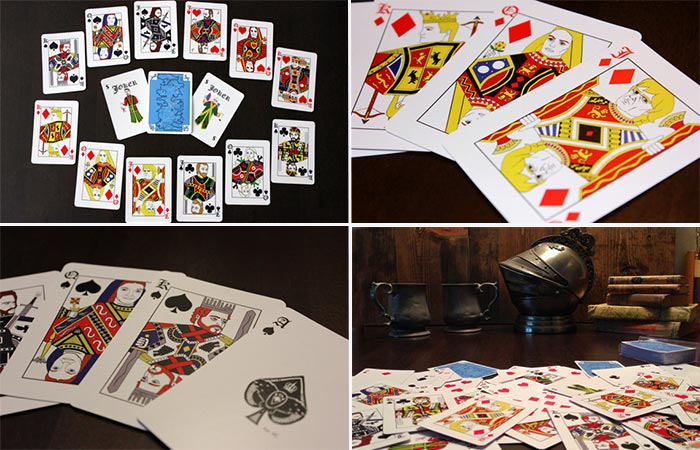 This set of playing cards is inspired by Game Of Thrones. All the faces are illustrated according to the characters of the show and the back of the cards show a map of Westeros.

The back of the cards is illustrated by a map of Westeros. The cards are the size of poker cards – 2.5” x 3.5”. There’s also a set of cards with a different back design- black skull and sigil.

Here are the rest of the characters:

Get it from Etsy here