In the Risk: Game of Thrones Edition, you either win or lose, there’ll be no gruesome deaths while playing this board game, unlike the ones depicted in the extremely popular Game of Thrones TV show. If you happen to be a board game enthusiast and happen to enjoy watching this TV show, then a Game of Thrones themed Risk is something you would probably enjoy. The entire set includes over 600 unique game pieces which depict the armies of the noble houses featured in the book series and TV show. You will lead your army across the fictional continents of Westeros or Essos and when you reach the maximum number of players allowed, just combine them and wage war across the entire Game of Thrones world. 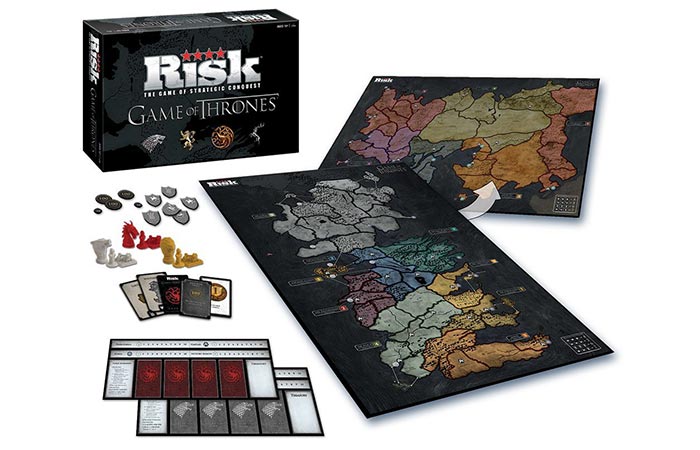 This Risk edition supports two to seven players and three different game modes: Skirmish, Dominion and World at War, which will provide you and your friends with hours of tabletop fun. All you have to do is pick your favorite noble house (we’re leaning towards the Starks here) and set off on a military campaign worthy of a convoluted book series. 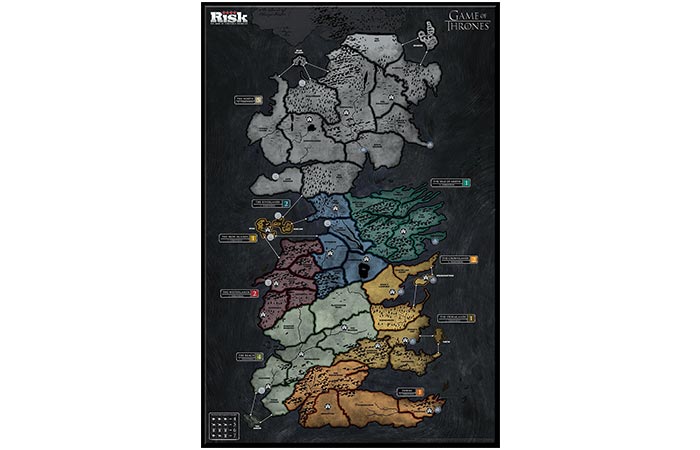 You can play using a map of Westeros or Essos, fictional continents featured in the Game of Thrones TV show and book series

With amazing artwork and gameplay which has proved to be extremely addictive, the Risk: Game of Thrones can accompany you to camping trips or gatherings where you can employ your best strategy.

If you reach the maximum number of players allowed, use both of the maps to wage war across the entire Game of Thrones world