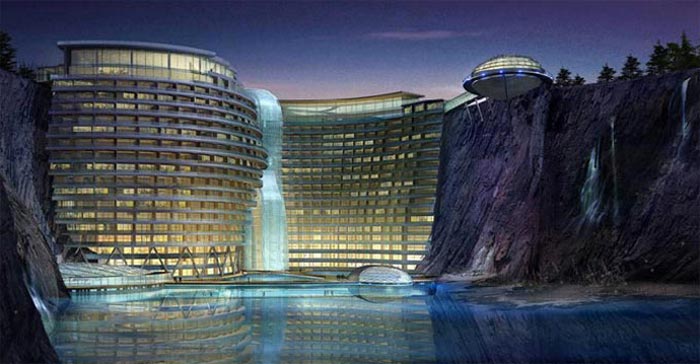 It is absolutely no wonder that this project by the Atkin’s Architecture Group has emerged victorious in an international design competition since it is not easy to imagine something that is more stunning than the Waterworld Hotel in Songjiang, China. It is planned to be placed in an astonishing quarry that is filled with water blending with the quarry more construction-wise than visually. Still, this amazing mix of ultra modern luxury and seemingly untamed nature does not seem improper but rather eye-catching.

However, realizing that the form isn’t everything, the architects placed strong emphasis on the function of the Waterworld Hotel. It has 400 beds in rooms that provide amazing views of the quarry walls and the surrounding nature, while some of the rooms, as well as public areas, are underwater, which adds to the unique quality of this resort. 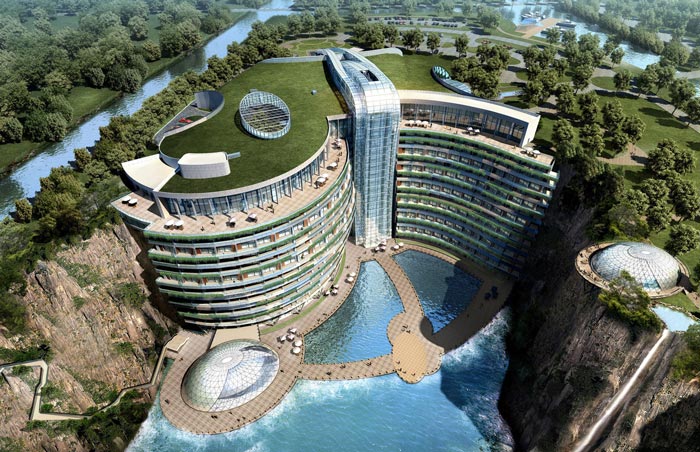 In addition, there are several cafes and restaurants, but the most attractive facilities have to be the ones regarding sports that are mostly placed at the lowest level. There you will be able to find a big swimming pool and an extreme sports center that supports activities such as rock climbing and bungee jumping which will be set over the quarry for more outstanding feel which will be further advanced by the lifts that take adventurers from the water to the top.

For those who wish for a more tranquil holiday, there are several roof garden terraces placed atop the hill near the edges of a quarry with a transparent glass waterfall.

The Waterworld Hotel is sure to become one of the most spectacular places for travelers where everything is worth your attention. Even a simple drive to the hotel along the steep edges of the quarry is sure to get your blood pumping. [via] 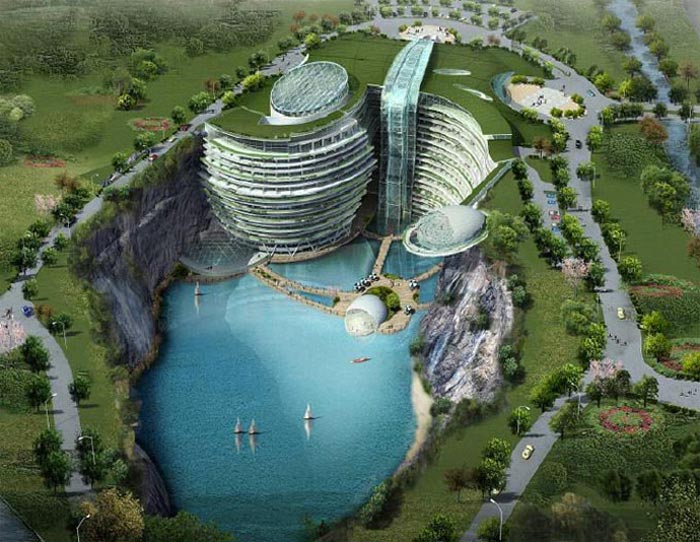 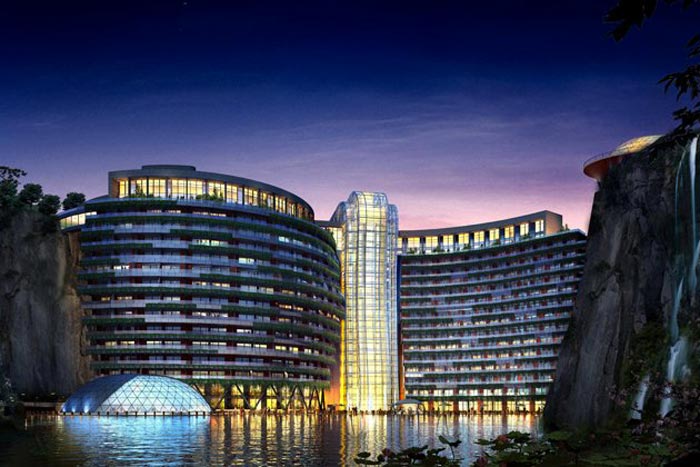