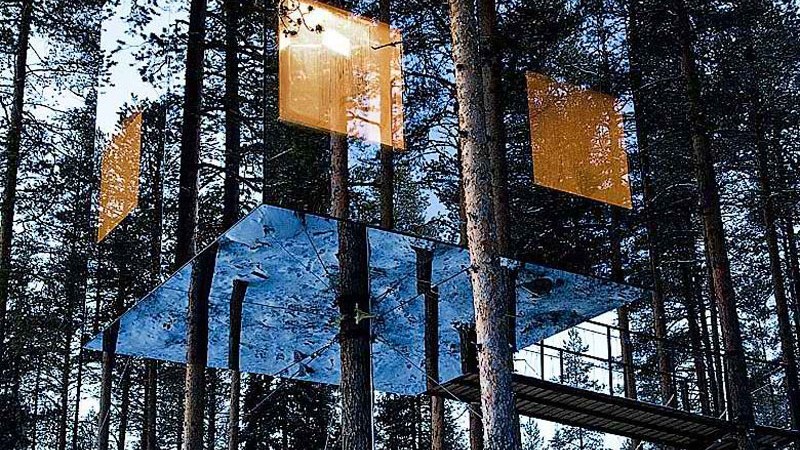 Treehotel in Sweden is a product of an idea that was spawned from the film “The Tree Lover”, a story that shines the light on the importance of trees in human lives. The idea quickly grew and clever architects managed to create an eco-friendly, yet comfortable and modern hotel that offers a unique experience that cannot be seen anywhere else in the world. The Treehotel is in literally unspoiled nature – in Harads, close to the Lule river and just some 40 miles from the Arctic Circle, while the rooms are suspended several meters above the ground.

The rooms are a special treat. Designed by some of the best architects in Scandinavia, five treerooms created so far all come from different ideas. watch video below

The Cabin can accommodate two people with a big bed in the middle and a large terrace on the roof. 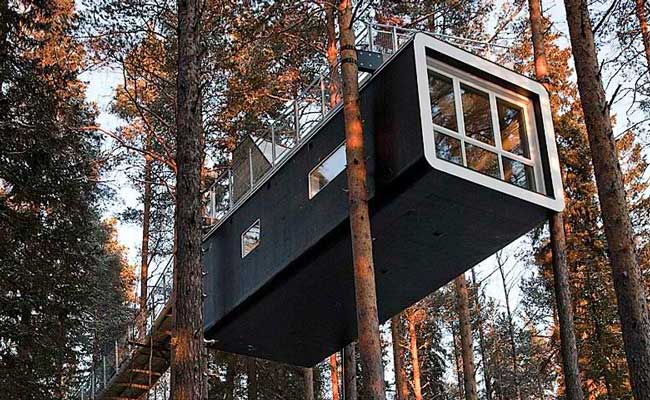 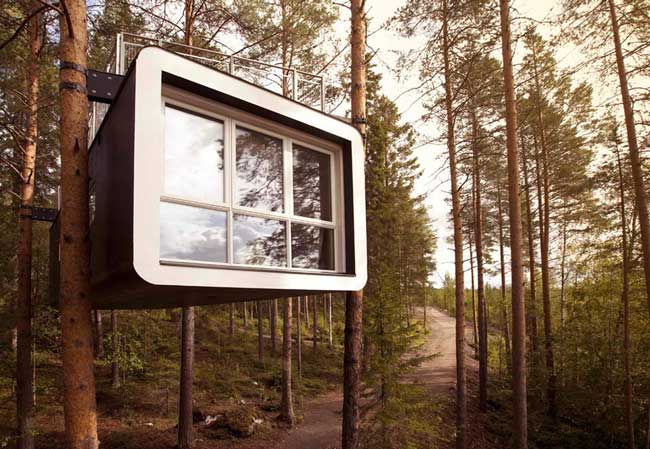 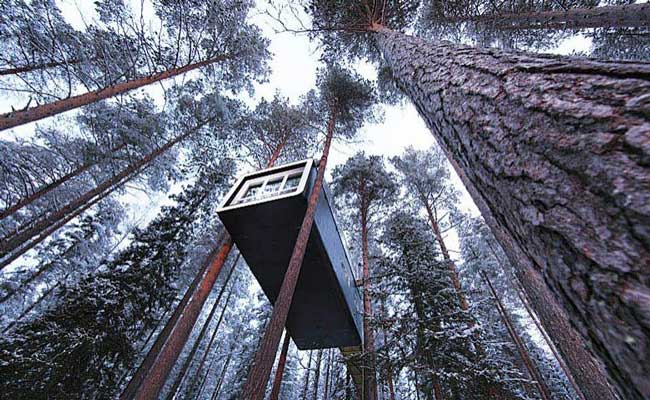 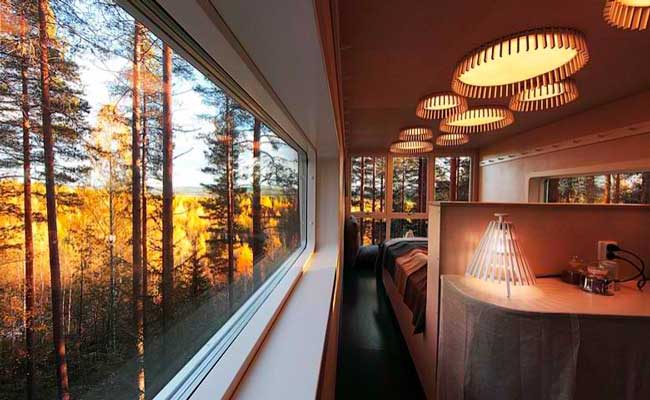 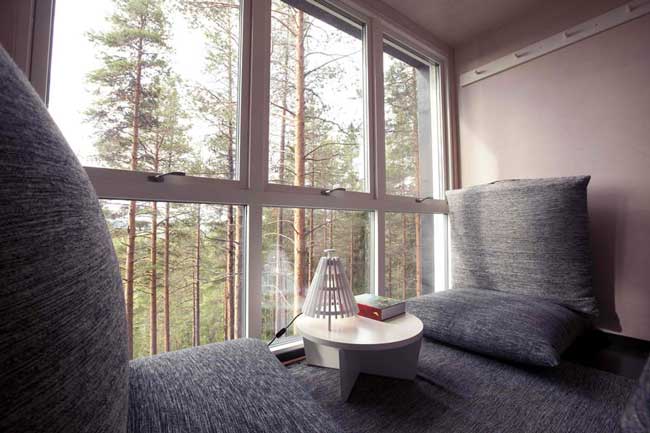 The Mirrorcube is truly special and unique. It has mirror walls that reflect the surroundings, and it is literally a cube with the dimensions of 4x4x4 meters. Six large windows provide a spectacular panoramic view. Included in the mirrorcube is a large double bed, a bathroom, a lounge and a rooftop terrace. Even though
the cube itself is almost invisible to humans, the birds will not fly into its walls, since they are clad with infrared film that humans cannot see, but birds can. 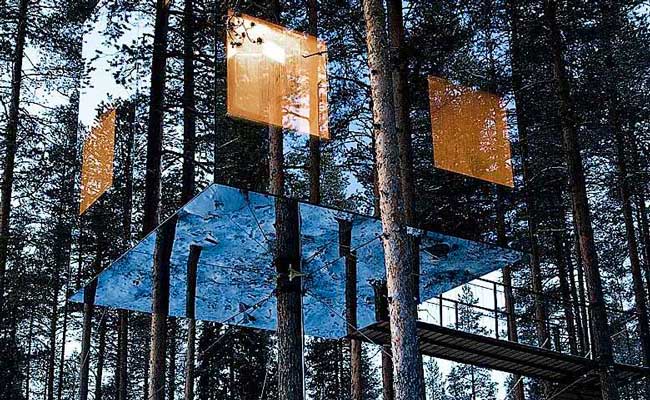 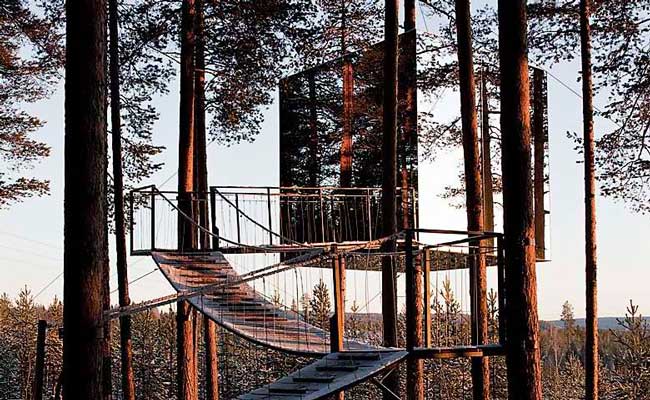 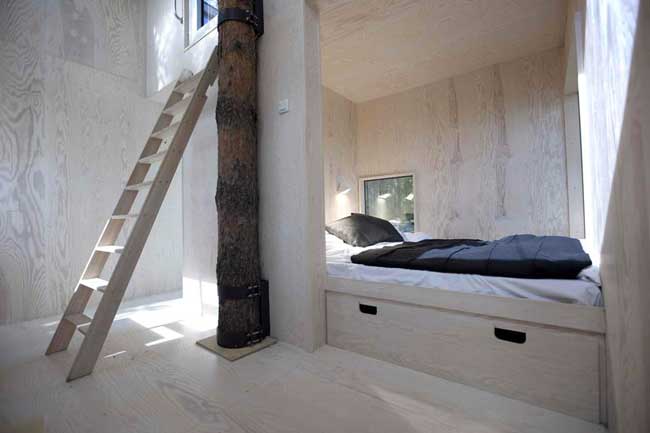 The Bird’s Nest looks just like one from the outside, but on the inside it offers all the luxury a four-member family might need, with separate bedrooms and a living area. 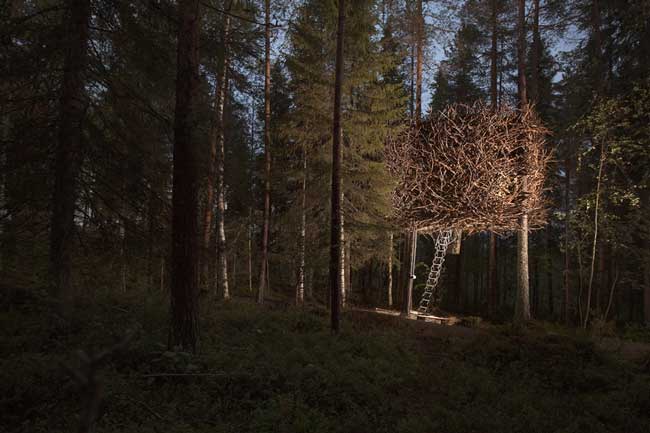 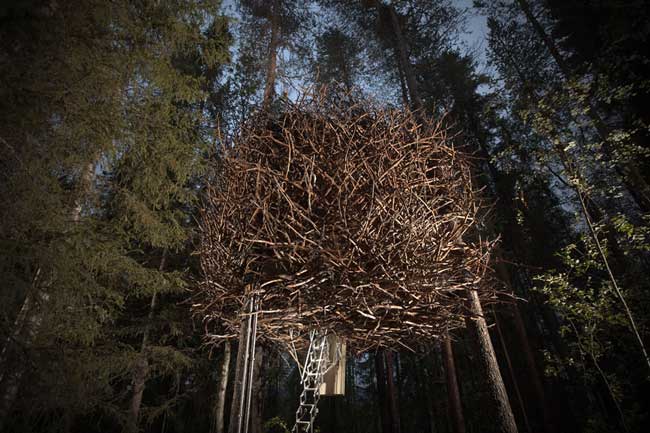 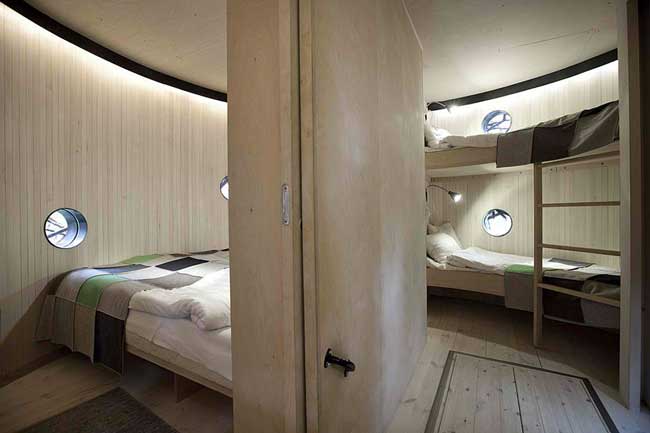 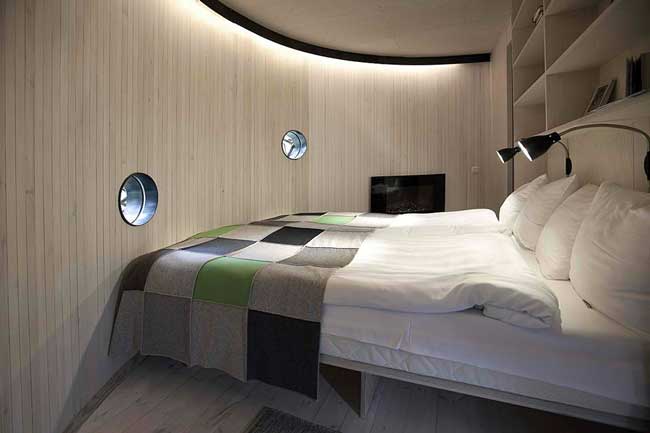 The Blue Cone is perfect for people with disabilities. It is easily accessible, with four beds and a living room. 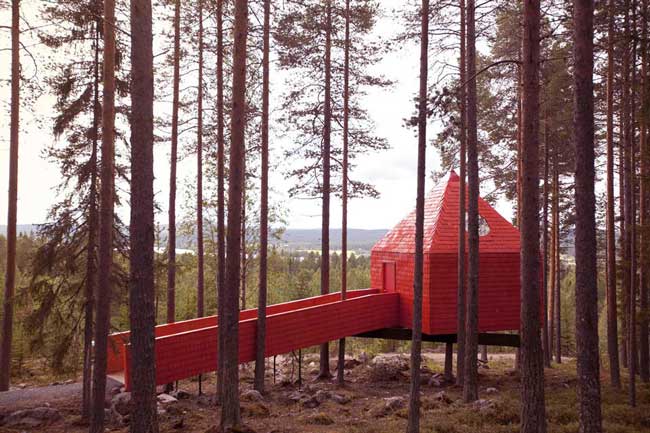 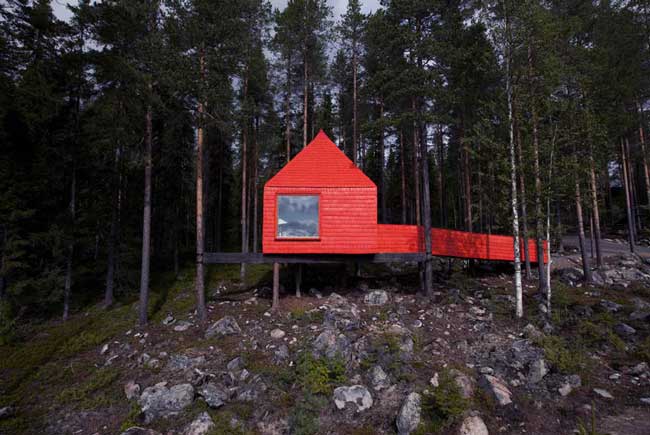 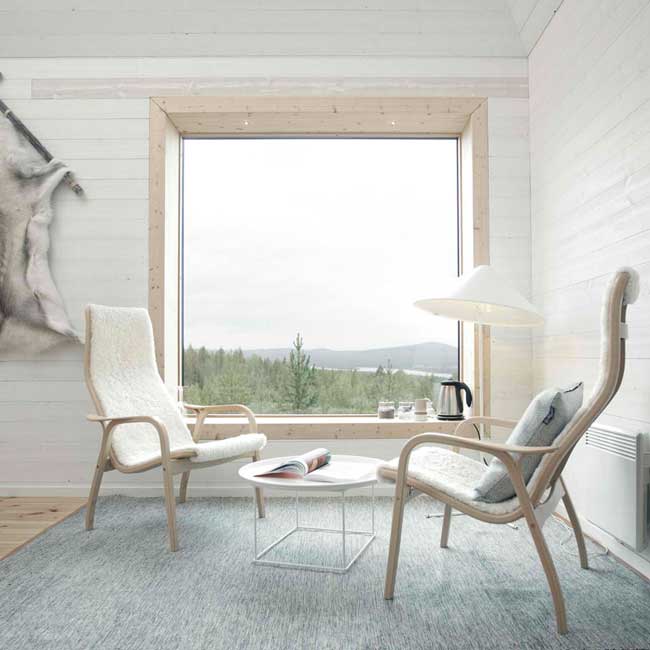 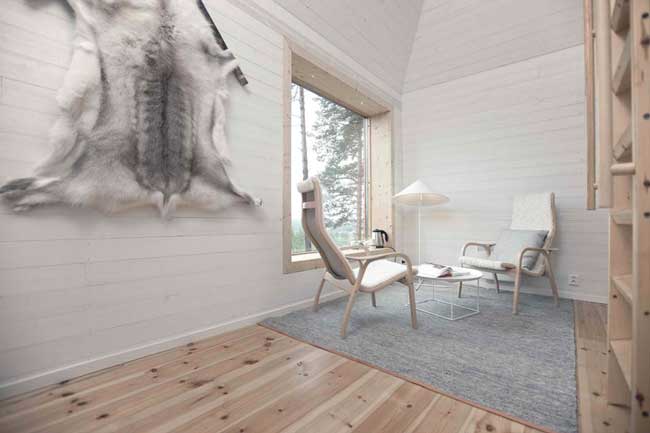 The UFO is the exact opposite of the Bird’s Nest. It’s modern design offers room for four people, having separate bedrooms and a living area. 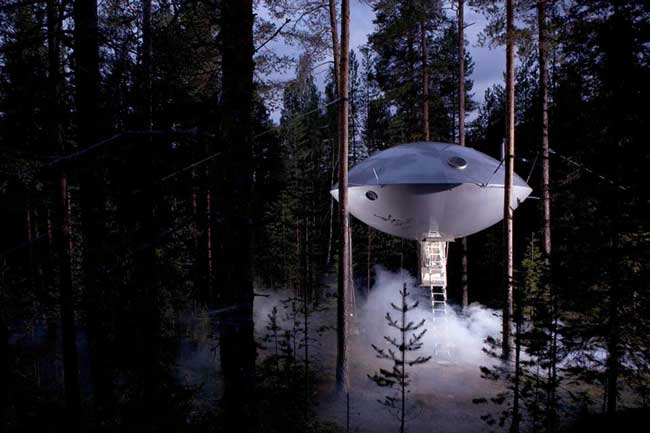 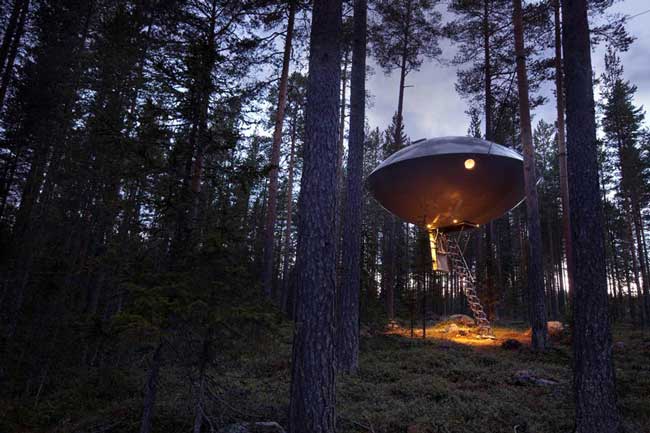 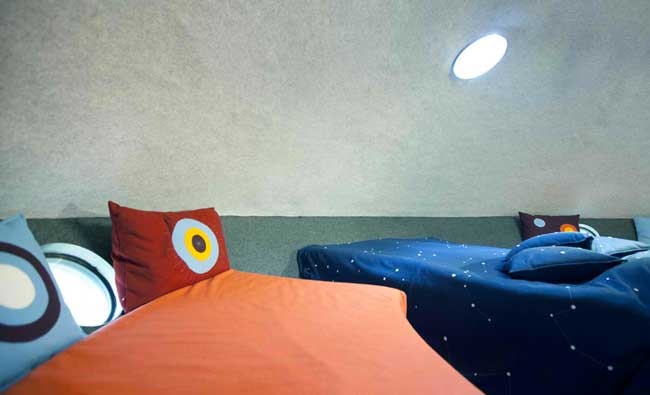 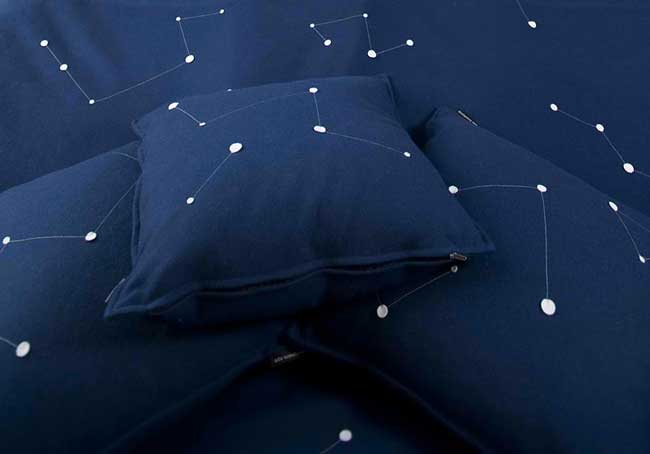 Britta’s hostel is where you check in, but also have breakfast in a 1930-1950’s scenery. Here you can also find a restaurant, a bar and sauna, as well as TV and internet.
A wide variety of activities is available, some of them depending on the time of the year, but each of them promises an authentic natural experience.

Creative architects that are building this hotel have not finished their job yet. So far 5 distinctive treerooms have been built, but the plans are to create up to 10 of them, each being unique and giving you another reason to return to this unusual architectural wonder.