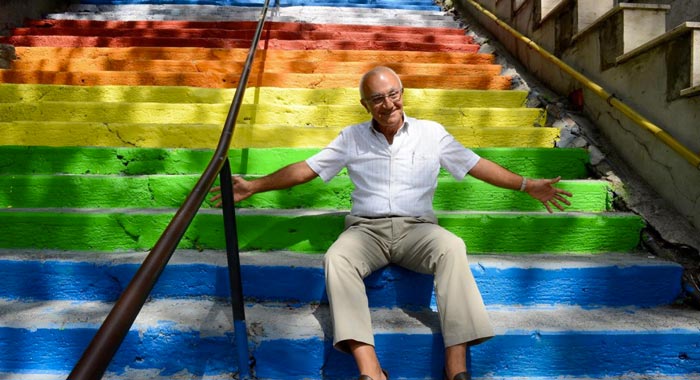 The civil activism in Turkey is taking on a new, artistically colourful dimension. Although, street demonstrations are still very much “the weapon of choice” in this Islamic country (remember the recent protests against the development project at historical Gezi Park in Istanbul), a 64-year-old retired engineer from Turkey by the name of Huseyin Cetinel inadvertently became an overnight hero of the civil rights movement. How? By simply painting 145 steps of the street stairs that link Findikli district to Cihangir (the location of Gezi Park) in rainbow colours. It took Cetinel 40 kilos of paint and four days to transform the crumbling drab staircase into a jovial tourist attraction.

Of course, the rainbow coloured flag is known worldwide as the flag representing gay pride. Once they saw Centinel’s kaleidoscopic work, the gay population of Cihangir and wider immediately took to Twitter and other social media, expressing their awe of Cetinel’s project. Cetinel was confused with the response since his intention wasn’t to highlight civil rights or lack thereof, but simply to beautify what were ugly gray stairs in a lovely Bohemian neighbourhood. “I didn’t do it for a group or as a form of activism. I did it to make people smile,” he told the Turkish media. 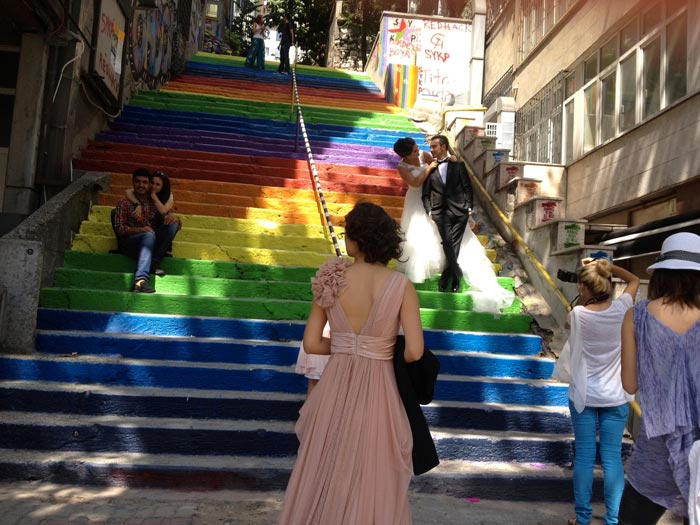 But, the buzz was already created! Hundreds of people came to visit the stairs, a newlywed couple took their wedding pictures in front of them, and they were even used as a backdrop to a fashion photo shoot.

However, the local government was not amused. On the morning of August 30, the day after Cetinel finished painting the stairs, they were back to their old gray colour. The local authorities vehemently denied they were the culprits, and announced that they would be launching an investigation into who actually ordered the repainting, i.e. whether their “own people” were to blame. Well, it didn’t take them long to confess! Mayor Ahmet Misbah Demircan soon admitted on his Twitter account that the city government simply had to repaint the stairs because some locals had been complaining about it. 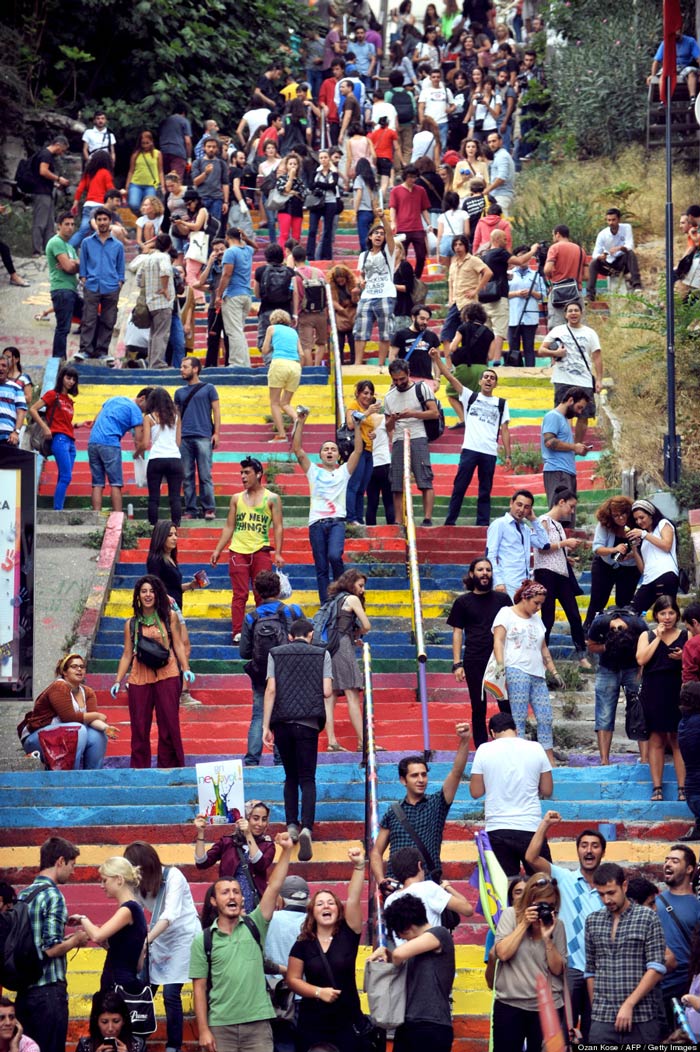 Cetinel was outraged. “Are they accusing me of disturbing public order? We’re the public. They are our stairs,” Cetinel exclaimed. “The Turkish state was initially fighting the reds [Communists] and then the greens [Islamists]. Is it fighting with all the colours now?” one Twitter user asked.

The Mayor even tried to diffuse the situation by saying that Cetinel’s intention was a well-meaning one and urged the citizens to contact him with similar projects. But, all’s well that ends well! The citizens prevailed and the government painted the stairs again, albeit in the colours that remotely resemble those of a rainbow, and added the personal touch – a non-rainbow colour of black! watch video below 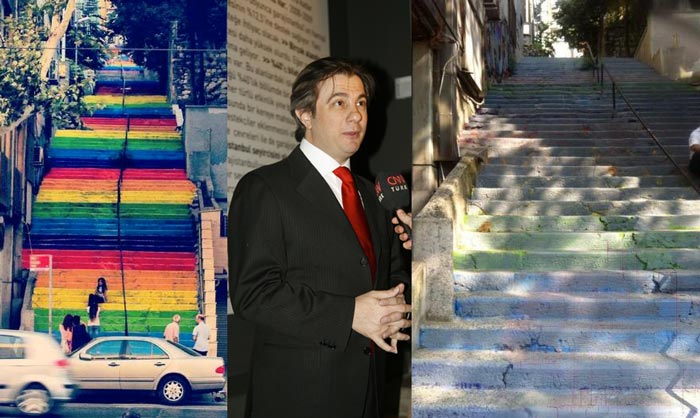 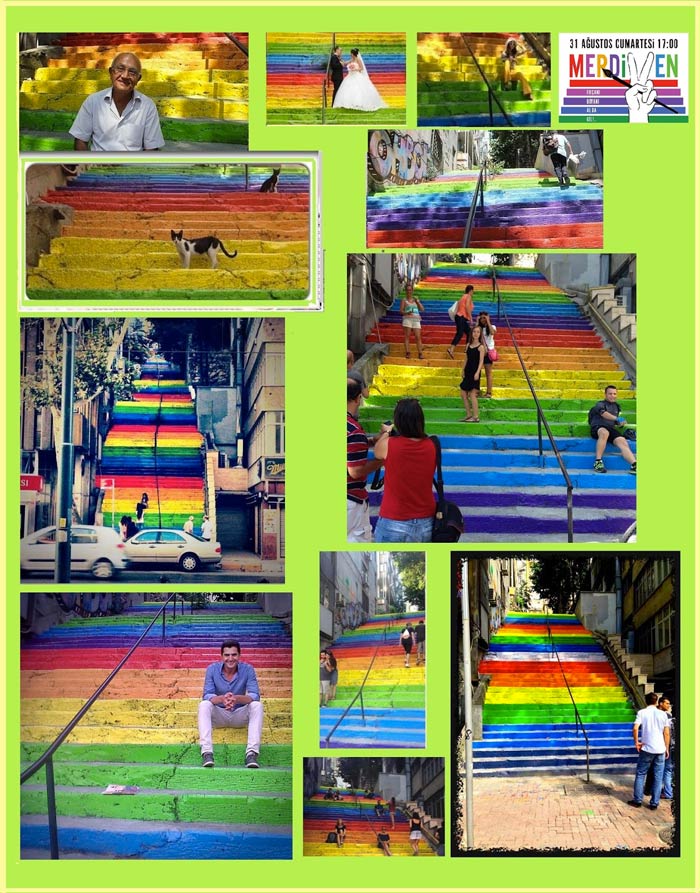 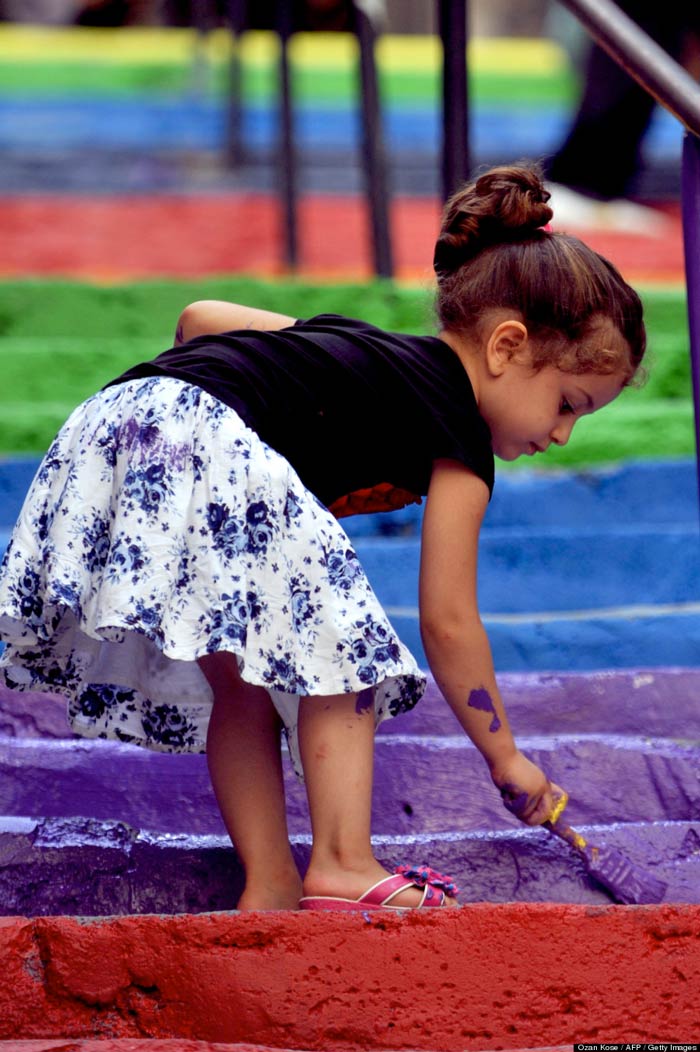