Despite the everlasting style of traditional photography gear, classic point-and-shoot cameras are gradually losing their appeal over an increasing number of innovative multipurpose photographic equipment and hybrid camera versions. Today, we present to you another addition to the hybrid crowd: recently announced during the Photokina show in Germany, Lumix DMC-CM1 by Panasonic is an Android smartphone and a connected camera packed inside one versatile and futuristic-looking device that should soon find its way to mass production lines.

Thanks to its internal one-inch MOS image sensor, CM1 can record 20-megapixel stills and 4K videos even in low-light conditions through the camera found at the back of this smart device. On top of the high sensitivity image sensor, Lumix CM1 also features a fixed wide-angle f/2.8 Leica DC Elmarit lens which works in a similar way as a 28mm zoom lens, with the aperture range of up to f/11. The Leica optics is further outfitted with a manual control ring, while the camera processor used in the hybrid is Venus Engine and there’s also a highly responsive mechanical shutter button which allows the camera to focus and take high-quality photos surprisingly quickly for a hybrid gadget. 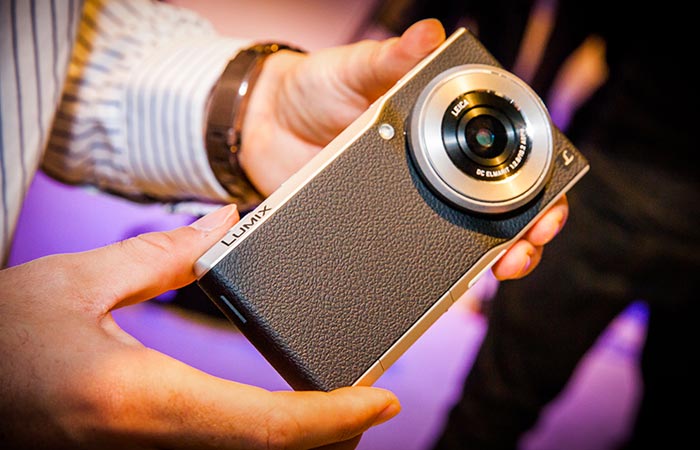 Phone-wise, Lumix CM1 sports a 4.7-inch full HD touchscreen (1920 x 1080) which allows you to manually access and control your images and camera/phone settings. In addition to the 1080p display, Panasonic’s hybrid also packs a serious 2.3GHz quad–core Snapdragon 801 processor with 2GB RAM, 16GB of internal storage and extra microSD card storage capacities of up to 128GB. Packed with a handful of Panasonic’s custom camera and gallery applications, Lumix CM1 runs the Android 4.4 operating system and comes with a 2,600mAh battery which some would say is rather meager for a connected device of such generous dimensions (the hybrid measures 135.4 x 68 x 21.1mm and weighs some 204 grams). Crammed inside a chrome case with a cracked-leather style back cover, Lumix CM1 also boasts an impressive scope of connectivity options, including 3G, 4G LTE (Cat4), Wi-Fi, Bluetooth, NFC, GSM and GPS.

Designed for photography enthusiasts and professionals who like to stay connected at all times, Lumix DMC-CM1 should hit the market in Germany and Japan come November, after which it would hopefully become globally available, so make sure you keep an eye out on first delivery dates. With Lumix CM1, all your photo gear will always be right there at the end of your fingertips. watch the video below 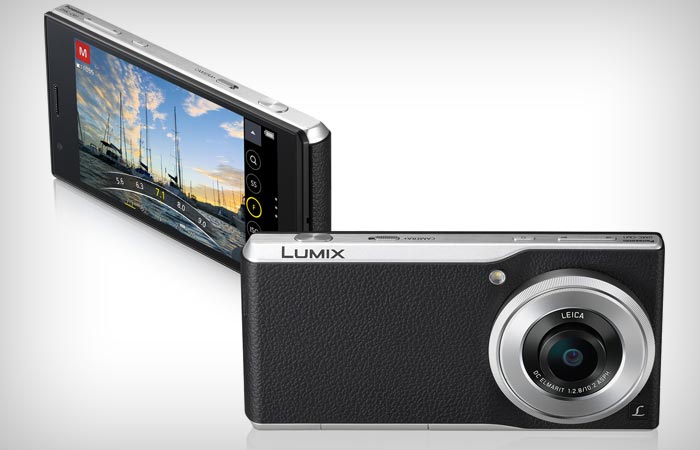