In today’s day and age, it isn’t unsurprising to see the rise of intelligent machines. Smarter phones, faster PC’s and even innovative ways to get around, but what about capturing your memories in the form of photos and video. Well, the Hover Camera by Zero Zero Robotics is an ingenious solution and contribution to smart machines.

Designed to be used at anytime and anywhere, the Hover Camera is small and folds up into a carry bag. However, that’s not what makes this camera particularly extraordinary. 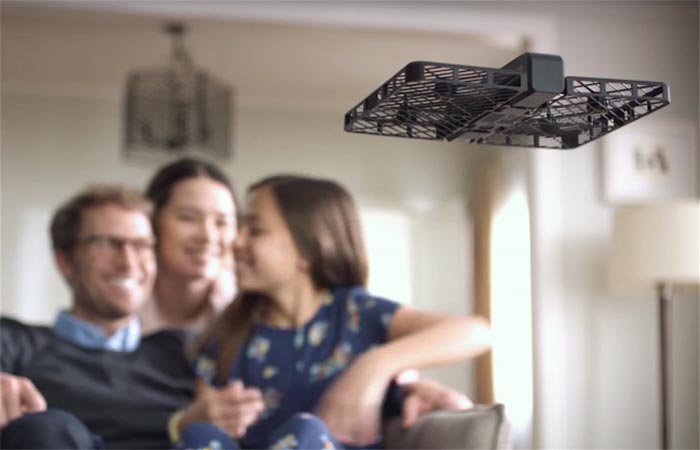 The Hover Camera completely eliminates the need for a camera man and can take pictures up to 13 megapixels in resolution or film ultra HD 4K videos.

The Hover Camera has four fans that are contained inside a durable carbon fiber casing, which makes it especially safe, and you simply unfold the wings turn it on, let it go and it will hover. By using both optical and sonar sensors, the Hover Camera will track your movements, follow you autonomously and even features both mechanical and electronic image stabilization technology. 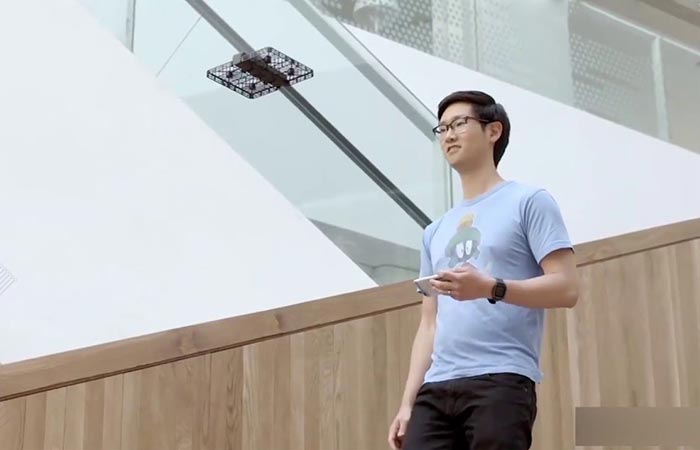 By using both optical and sonar sensors as well as mechanical and electronic image stabilization, the Hover Camera follows your every move while tracking your face.

The technology that is used in this tiny camera is so advanced that you can even throw it through the air, with consideration to realism, and it will auto-balance and stabilize itself. This autonomous functioning means that you completely eliminate the need for a camera man to shoot your own 13 Megapixel photos and ultra HD 4K video. Check out the video below. 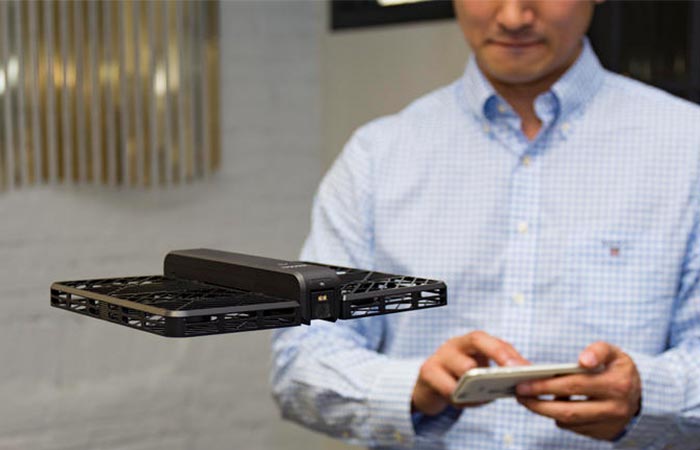 The Hover Camera comes with an application for both Android and iOS that allows you to instantly stream images and video as well as completely controlling it with the use of multi-gestures.

With the inclusion of a Qualcomm Snapdragon 801 processor (the same as the Samsung S5), the Hover Camera utilizes both advanced face tracking as well as an artificial intelligence system to make sure that it tracks your face and your movements. Combine this with the inclusive iOS and Android application and you have a multifunctional self-functioning camera that instantly streams images and video to you. The only downside is that it only has a battery life of 7 minutes but it is easily replaceable.

Since the Hover Camera is busy as a startup, you’ll have to wait to get your hands on one but it will definitely be worth it.