The Rocksteady Portable Bluetooth Speaker may not seem like the most stylish of speakers, but it is more than worth the attention. First of all, in its price range, it is the clearest and loudest speaker, with hard aluminum casing which helps eliminate distortion.

However, when I say ‘in its price range’ it doesn’t mean that it is at the top of it. With the price of just $44.99, it can easily compete with the $200 speakers in terms of sound quality and sturdiness.

Practicality is another one of the Rocksteady XS’s strongpoints. Its battery should be powerful enough to get you through a party without a glitch, since one charge (via the ever-present Micro-USB charging port) is enough for 10 hours of blasting music and with a replacement battery available, you are more likely to fall asleep at a party before the Rocksteady stops playing. 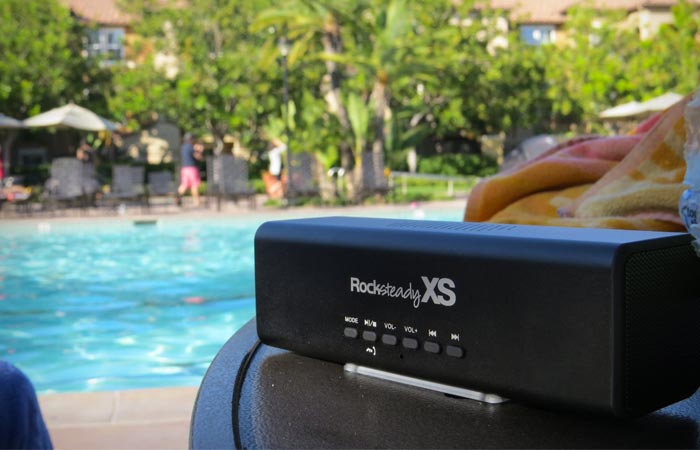 In terms of connectivity, the Rocksteady XS peers with its modern counterparts. You have Bluetooth connectivity option with memory of the last four devices that were connected, which makes future connections a lot faster. Music can also be played from a USB drive and you can also connect using a standard 3.5mm cable.

The sound is really stereo, which is not often the case with portable speakers. The top speaker serves as a subwoofer, while the two side-facing speakers give the true 2.1 sound quality.

Additional feature is the so-called party mode, which enables you to connect two devices simultaneously.

And, back to the design. The box-like shape of the Rocksteady may seem pretty simple, with its controls simply placed in the middle right under the logo. However, people who have played music will probably recognize the inspiration stemming from the designs of some of the most popular guitar amplifier heads, which might bear even more appeal. Either way, the Rocksteady does its job perfectly well and only for the portion of the price others would ask. 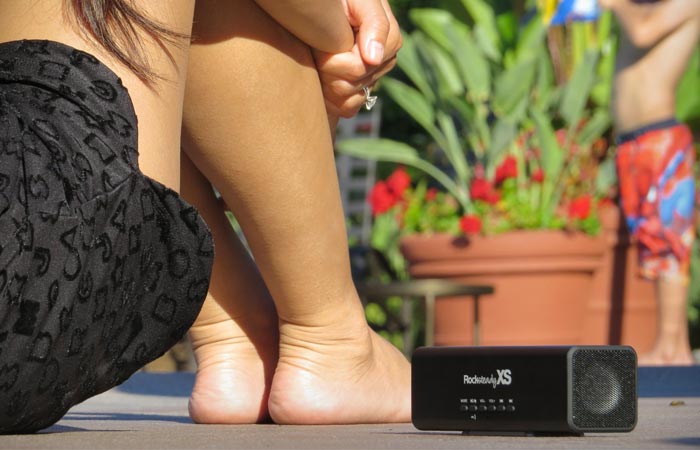 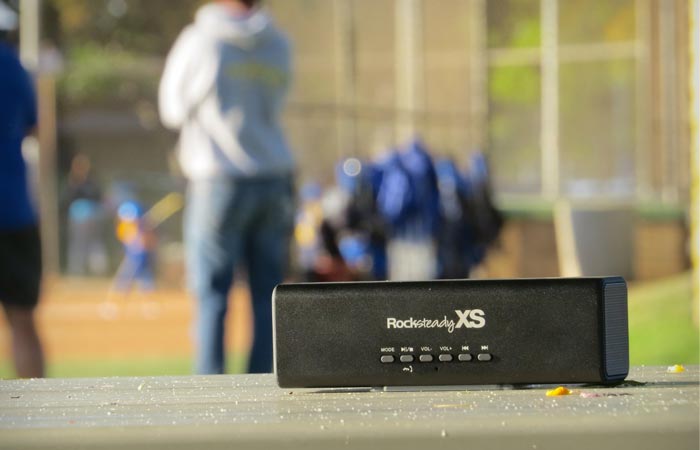