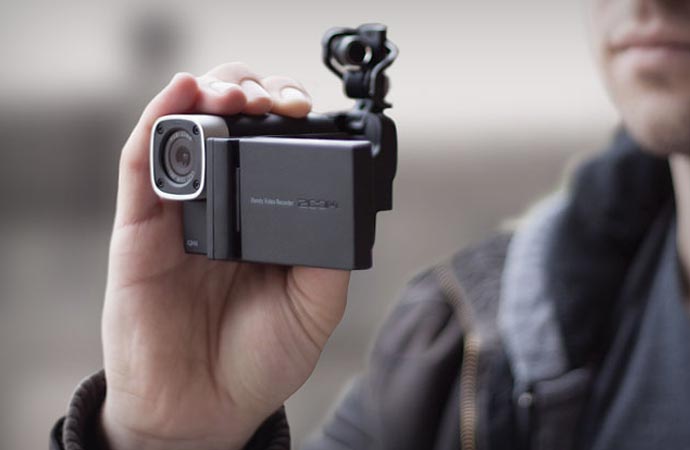 Ever had those precious creative moments when inspiration hits you like a warm breeze on a summer night, and all you wanted was to just capture that particular feeling and render it timeless so that you may replay it over and over again? Well, the new Zoom Q4 Handy Video Recorder allows you to do precisely that, and much more. Designed with special regard for musicians’ needs, the Q4 offers a number of options for recording both high-resolution audio and high-definition video clips which will definitely add a whole new edge to your personal artistic expression.

With its pop-up 120° X/Y condenser microphone and maximum sound pressure input of 130 dB SPL combined with an input gain of +7 to +47 dB, the Q4 gives you a unique chance to make professional stereo recordings of studio performances, live concerts, band rehearsals, auditions or any other audio materials you may wish to keep for your own private pleasure or share with the rest of the world.

The Q4 wide angle X/Y microphone makes high-quality stereo recordings that can stretch quite an area without losing a single slight audio nuance thanks to mics highly sensitive to sounds coming from the target source in the centre and less sensitive to signals coming from the side or behind the recording scene. There is also a stereo input jack with plug-in power which you can use to connect your Q4 to an external microphone, equipment or other audio devices for full-on production capacities. 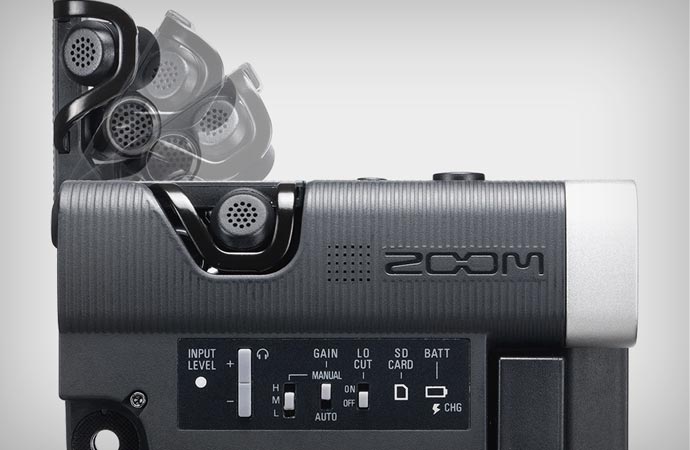 The Zoom Q4 captures HD footage at 1080p/30, 720p/60, or 720p/30, as well as WVGA video at 60 or 30fps and stores them on SD/SDHC/SDXC memory cards sizing up to 128GB. If you want to watch your videos on HDTV for greater detail than that on the 2.0″ detachable rotating flip-out LCD screen unit, you can simply connect your camcorder to the TV set through a micro HDMI port. Or, you can choose to hook it to a computer by means of a USB connection or attach it to an iPad with the help of an optional Apple Camera Connection Kit, which will allow you to transfer the videos for further software editorials or even use the Q4 as a first-class video and audio streaming webcam. 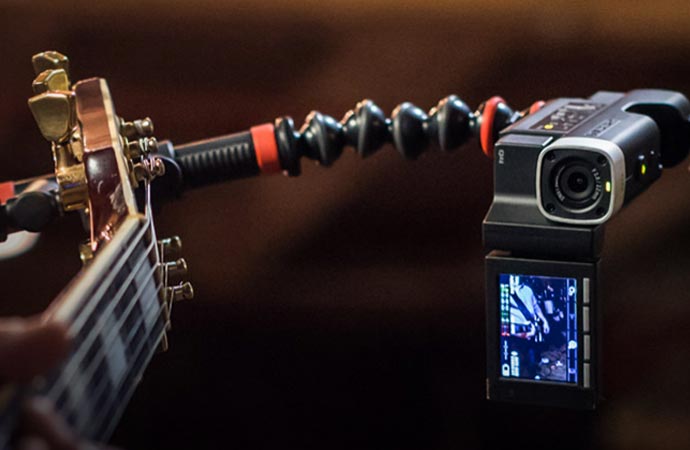 The video recorder is powered by a single supplied lithium-ion (Li-Ion) battery which can be recharged by attaching the Q4 to your computer via USB or by means of a separately sold AC adapter. Battery life will provide for approximately three hours of record time when shooting at 720p/30fps, or some two hours when shooting high-definition 1080/30fps videos.

Compact, lightweight and compatible with a wide variety of camera mounts, the Zoom Q4 will allow you to record sound clips in stunning quality and shoot amazing videos from any angle and perspective, which is guaranteed to add a whole new dimension to your creative projects. 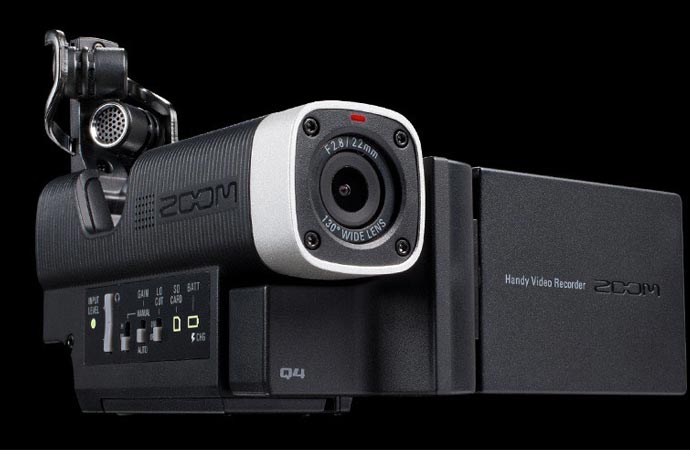