In the past, fans of high-speed two-wheelers were often blamed for contributing to the growing pollution, reckless attitude to the environment and not thinking green enough. That changed with the onset of the electric motorcycle era – speed machine producers began switching to a more environment-friendly approach to nature, the industry branched out to draw on eco fuel and innovative automotive designs appeared that aim to preserve the planet’s ecosystem while providing the market with a vehicle of equally good performance and attractive appearance. Now, the famous California-based manufacturer of electric motorcycles Zero Motorcycles has presented another one in the series of its brilliant machines, 2014 Zero SR – and it’s looking great, and doing brilliantly too.

Having produced three models so far, the Zero Motorcycles team ventured to create an even better-performing electric two-wheeler for hardened bikers who are always asking for faster speeds and more acceleration – and came up with their first ever bike configuration to live up to the century mark (106 lb-ft torque). Packing tons of torque and 67 horsepower, Zero SR brings together the revolutionary technology used in their previous 2011 Zero S model and a sophisticated design to present you with a breathtaking motorbike that can achieve 0-60 mph in as few as 3.3 seconds and hit above 100 mph by direct drive.

Capable of taking in up to 170 miles or range per charge in city rides and some 130 miles on the highway, Zero SR offers lots more power, greater top-speed and better acceleration for a genuine taste of road domination. Compared to the 2011 model, Zero SR packs 200-400 percent more of literally everything, with almost 2.4 times more power thanks to the 660-amp motor-controller, 3.2 times bigger battery (it comes with a built-in 11.4kWh Li-ion Z-Force unit), some 4 times greater range with an optional 2.8 kWh power tank battery pack, 50 percent higher top speed (102 mph) and 5.6 times more torque. Also, the front suspension with a 43mm inverted fork and rear shock contributes to an improved chassis performance and better overall feel, while the single disc, two-piston Nissin hydraulic front brake handles stopping rather neatly for such a powerful bike. To live up to the boosted power, the Zero SR brushless motor has been fitted with magnets that can stand higher temperatures for best performance even in extended high-speed ride sessions. 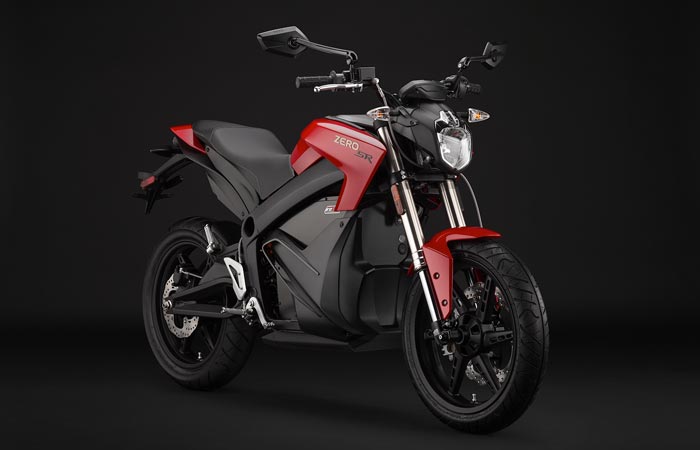 The Zero SR has an LCD blue backlighting on the dashboard, and the updated Bluetooth-connected Zero Android and iOS application allows you to choose between three different modes, Eco, Sport and Custom and get updates on time until charged, total charge cycles, average watts per mile, power and torque on the throttle and the like. When stationary, you can also set the parameters for maximum torque, top speed and maximum regenerative braking. During the ride, the Zero smartphone application serves as a personalized dashboard, providing real-time data on all the relevant bike performance metrics.

When it comes to juice, a full Zero SR bike charge usually takes some 7.9 hours with the standard three-prong cord hooked to the regular 110-volt power outlet (or up to 10 hours with the optional 2.8 kWh battery pack), but if you want quick results, you can purchase an additional CHAdeMO accessory or opt for the Quick 2x charger sold separately to reduce the recharge times to the minimum (1.5 hours with CHAdeMO and 5.8 hours with Quick 2x charger).

With 110/70-17 tire sitting on the 3.00×17 front wheel and 140/70-17 tire on the 3.50×17 rear wheel, seat height at 31.8 inches and 22lb on the frame, the Zero SR weighs as few as surprising 452 lb. The bike sports 313 lb of carrying capacity and it’s extremely energy-efficient so if you are constantly looking for more edge in a bike to take your urban rides to the next level, you should definitely give Zero SR a try – it may well be all that you’re looking for, and even more. watch video below 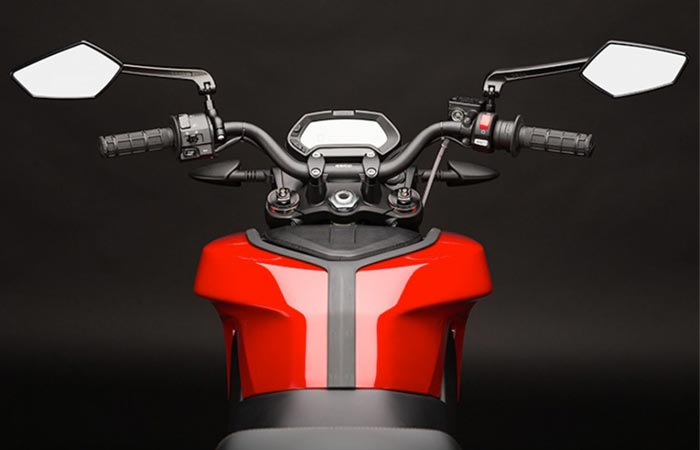 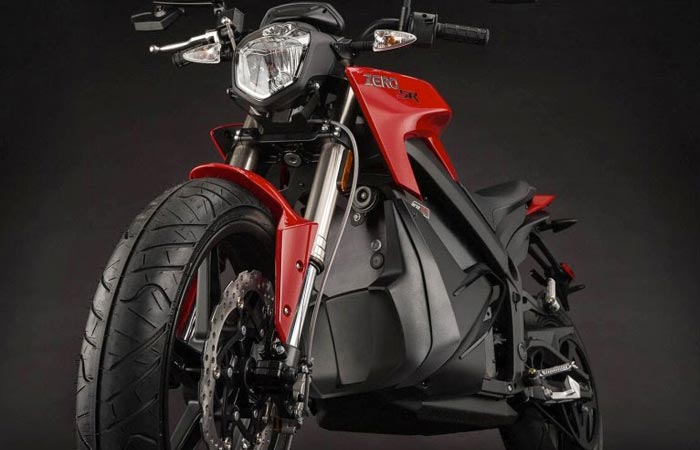 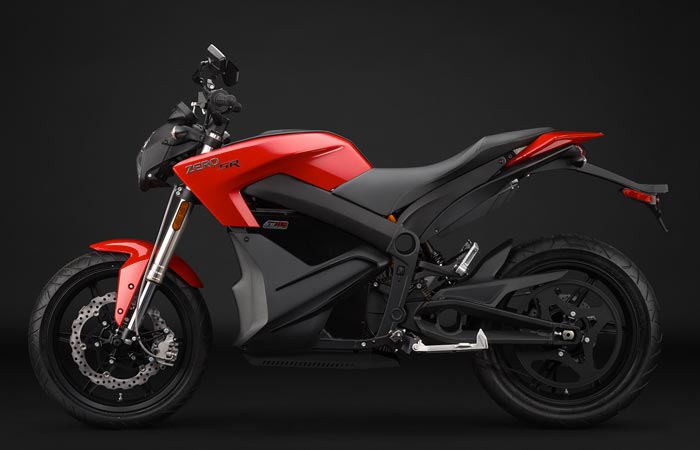 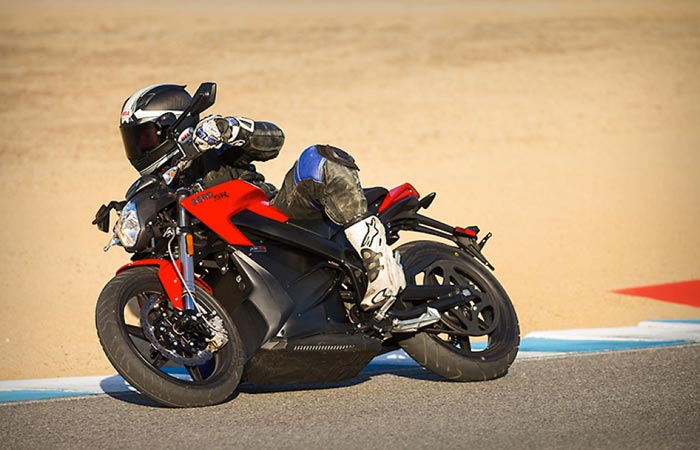