We’ve all experienced annoying situations and had to deal with annoying people. That is simply happening on a daily basis. Most of the time people are able to ignore and somehow cope with those frustrating situations, but sometimes it’s just impossible. Sometimes you just wish to send those people to hell or yell at them. Those things can get unpleasant and stressful, and the last thing you need is more stress, right? So, we present you Zero F*cks Given Coins, a simple and elegant way to tell someone that you just don’t give a f*ck.

These coins are a perfect way to cope with irritating people. You won’t have to raise your voice, you can just pay them to go away with your new favorite currency. Say something like “Here, I remembered that I owed you one”, hand them the coin and just leave. When they open their hand, they’ll see how you feel about them. Of course, use these only if someone is really going on your nerves, they deserve it. 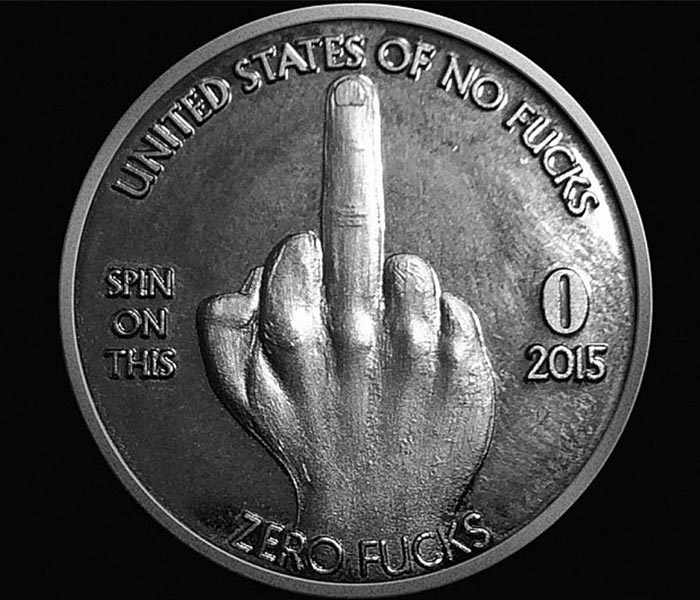 Don’t be impolite, just pay them with this coin and leave.

These Zero F*cks Given Coins can also be a very cool gift for your buddy or your girlfriend or boyfriend. Like you, your loved ones also have to deal with annoying people. Just hope that they never pay you with this money. These silver colored coins are just a tiny bit bigger than a U.S. quarter, which is convenient and you can easily put them in your wallet or a pocket. Just be careful, don’t pay with them in a store, it might get really awkward. 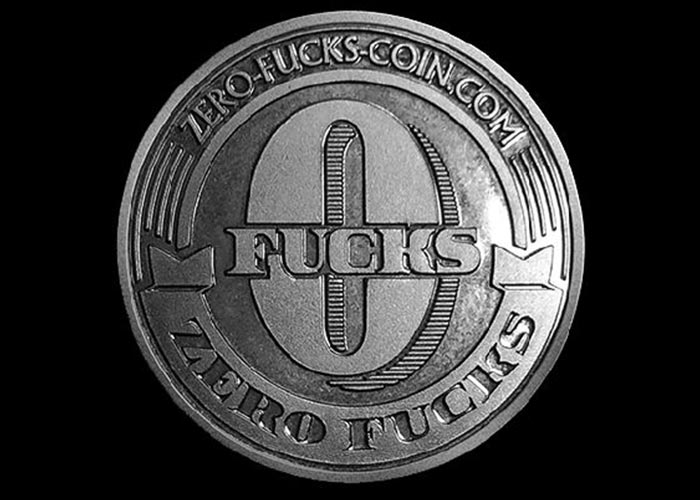 Let them know how much you care.

On one side you’ll find “The finger”, so you won’t have to be impolite and show that to someone yourself, and on the other side, there’s a big zero that represent the number of f*cks you are giving. There is also the “Honey Badger” coin because he’s also known for not giving any f*cks.  You can get both of these coins as a single coin or you can order the whole collection of 10 coins. The second option is better if you deal with a lot of annoying people. 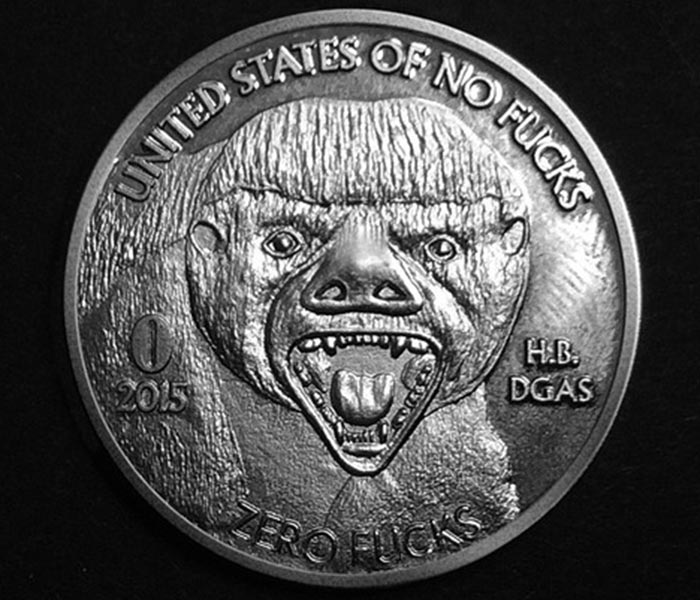 There is also a Honey Badger coin because he also doesn’t give any f*cks.

These Zero F*cks Given Coins are 100% made in the USA. Christmas is coming, treat yourself, your buddy or your loved one with this hilarious currency and make frustrating situations a little bit more fun. 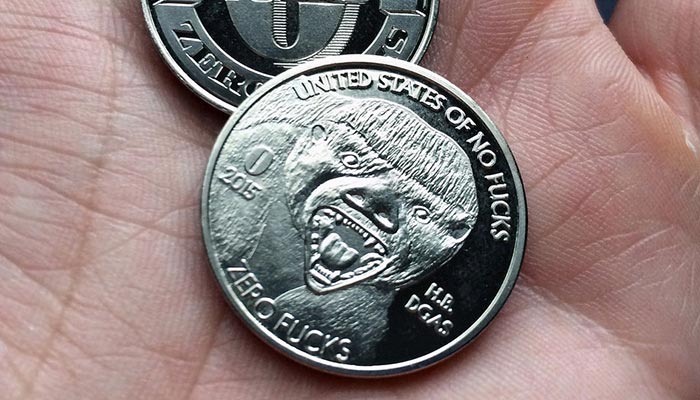 The coins are just a tiny bit bigger than the real ones so it’s easy to carry them around.