Once you learn all the cool info about this state-of-the-art tiny gadget, we guarantee you will go absolutely zany about it: a smart light drone has just “touched down”, and it packs a whole set of intricate and fine-tuned features for some fantastic aerial photography and video management. Avid tech lovers will be happy to hear that smart ZANO drone provides an ultimate selfie-shooting experience in HD – and most importantly, it’s accessible to everyone who would like to try it out, no special skills required.

Created by Torquing Group Ltd, the nano drone takes photo and video capturing to a bird’s-eye view perspective and makes air-point filming simple and ultra-manageable, a task once inconceivable for folks with no specific knowledge of piloting of airborne devices. Believe it or not, this little guy can fly on its own! You can carry it around at all times as it weighs barely 55 grams, and it’s quite petite in size, with slight 6,5 x 6,5 centimeters of tech sheltered in a matching case. 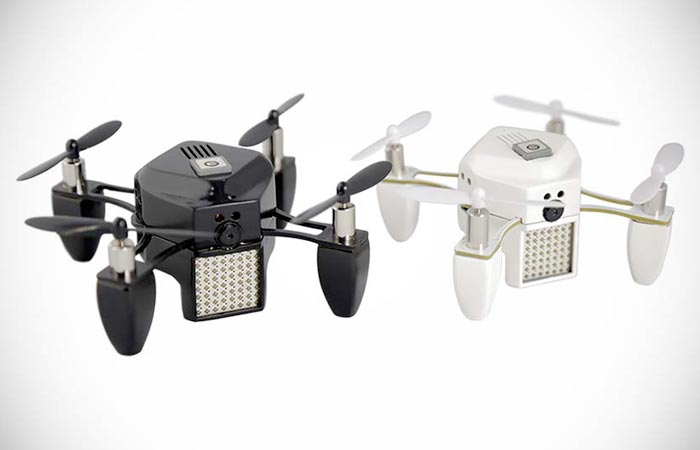 This lovely piece of high-level technology works via wireless connection with your smart device (Android or iOS), and thanks to its 32bit 330DMIPS processor, it will start operating within seconds once you turn it on. ZANO can shoot in “free flight” mode by means of a set of onscreen controls, or by shifting and moving the device’s position that gets replicated by the drone. The drone has bidirectional motor control which means its motor can fly either forward or backward. ZANO will remain motionless until you command it to take off, move or land, which is perfect for setting the scene for various photo and video shoots.

In case of low power or too great a distance from the connected device, the intelligent drone will find its way back to you on its own. You can also activate the “follow me” feature that will keep the drone tagging along after you at the preset distance, and the recommended distance is 15-30 meters for ideal results. In this mode, ZANO will deliver up to 15 minutes of self-controlled operation.  Extraordinary, isn’t it? 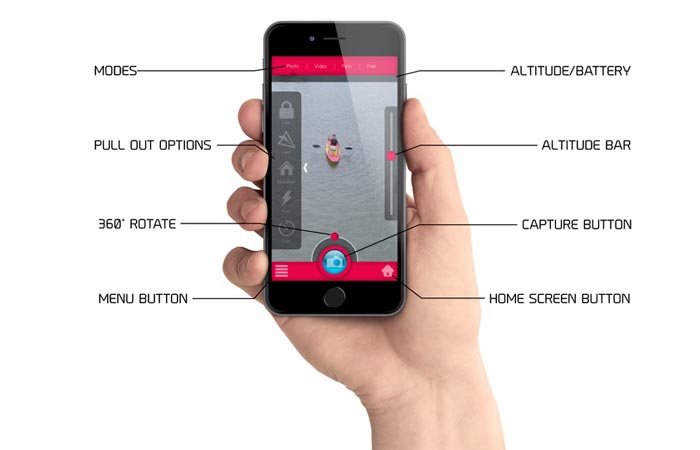 In case you’re worried that your cool nano quadcopter might hit an object on its way, rest assured – this little guy is way ahead of you: ZANO packs a set of sensors inside its strong yet light body, allowing it to jump air hurdles like a pro athlete. The drone has a much-needed image stabilization feature, enabling crisp and clean digital quality, with a 5 megapixel HD video camera. ZANO is also equipped with an easy-access charging port with a removable battery. This means you can have charged batteries in check and use them when the one packed in the drone runs out of juice. ZANO comes with one spare battery in the standard package, and you can simply charge it by using the standard MicroUSB cable and adapter.

For the more nano-curious individuals, some of additional drone specs include a high sensitivity onboard digital microphone, echo sounding sonar, high resolution air pressure sensor for altitude control and a top speed of 25 mph. The extra set of trinkets for the advanced pack includes limited zipper clam shell carry case and ZANOfuel – it connects via MicroUSB to charge battery in under 30 minutes to deliver 4 to 5 top-ups per charge of the stick (2200mAh in total juice). 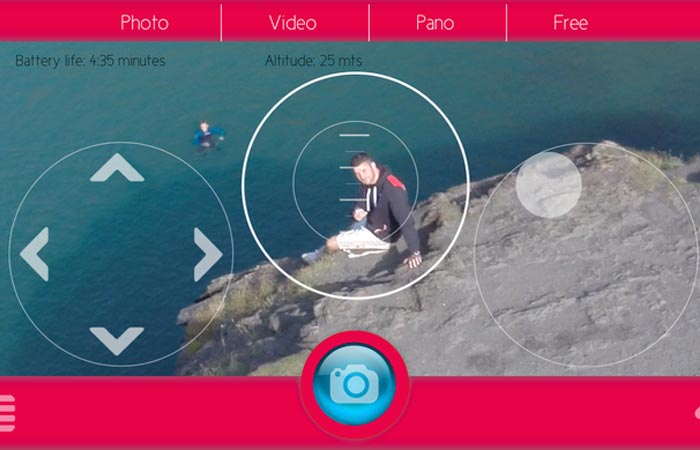 Techy die hards will appreciate the possibilities for ZANO to add some extra built-in hardware options like facial recognition, instant editing, 180 and 360 degree panoramic settings and the exciting swarming capability, which will allow the user to control several ZANO drones at the same time from a single device. This translates as a chance for tech addicts to shoot the same or various settings from many different angles simultaneously. The original ZANO application will have an In-App purchase option for the newly-designed functions. With this innovative gadget, you will be able to store lots of dear memories, explore your environment more thoroughly and express your creativity just like famous film directors do. watch video below