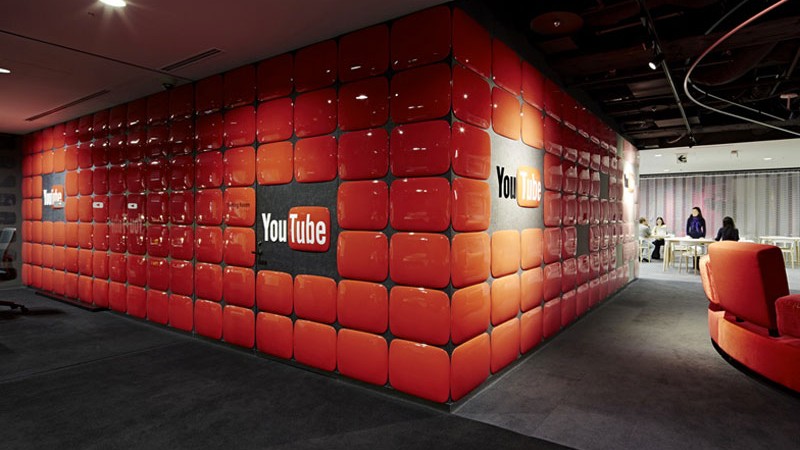 Computer icons and website logos have been around for quite a while and have become a necessary visual element of everyday living, but this is the first time the design for an entire working area has been inspired by a website logo. Mark Dytham and Astrid Klein of Klein Dytham architecture (KDa) designed the interior of the recently opened YouTube Space in Tokyo drawing inspiration from YouTube’s iconic red screen featured on the website’s logo. The result is stunning on several different levels.

Check out the video below to see the details of this amazing space:

The concept of YouTube Space represents a unique way the company shows respect and gratitude to its most gifted and energetic producers. YouTube Space Tokyo is the third facility to be opened (the first two being YouTube Space London and YouTube Space Los Angeles) and it features the filming studio, an audio editing room, a green screen studio, control rooms, an editing suite, a make-up room, green rooms, a VIP space, a café, and a vast training room for seminars and lectures. The idea is to enable YouTube’s top producers to create fully professional videos for free. 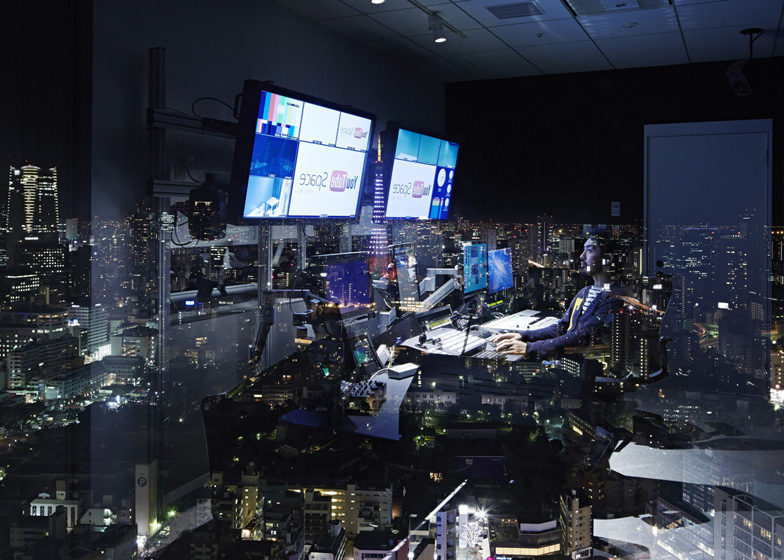 Located in the KPF-designed Mori Tower in downtown Tokyo, the main studio of YouTube Space features a wide window overlooking the stunning Tokyo skyline, providing a beautiful background for filming. The main studio also features an enormous curtain (designed by the famous Japanese textile designer Nuno) that allows flexible partition of space, as well as custom designed modular sofas that can be easily manipulated and configured in numerous  ways. 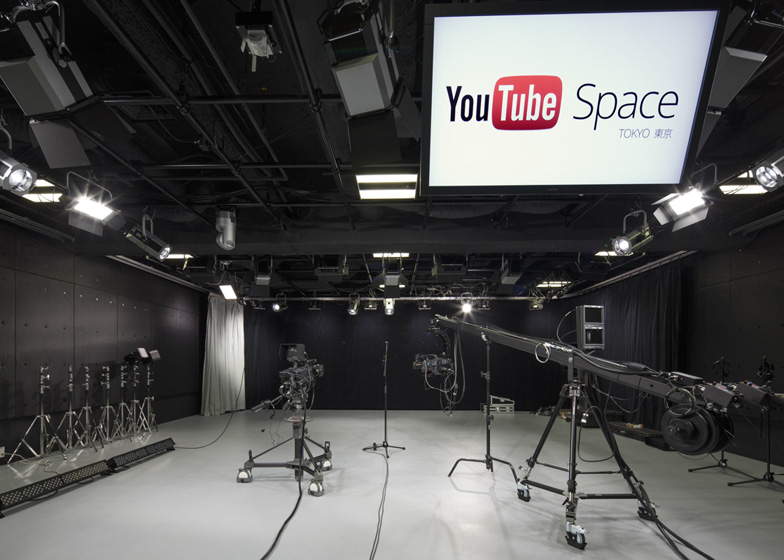 Mark Dytham and Astrid Klein used lacquered ceramic to recreate YouTube’s red TV screen in the main facility of YouTube Space. The shape of the TV screen was also used in other colors and inspired shapes of the wooden boxes and photographs. 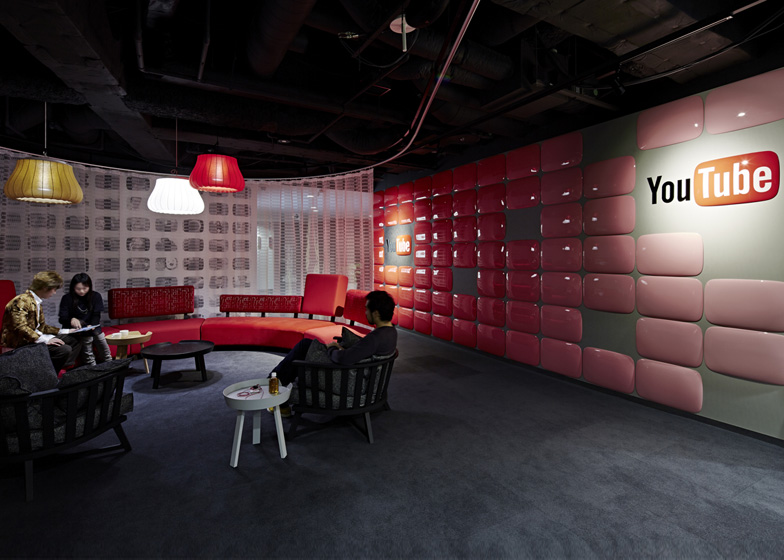 The shiny red ceramic fades to pink as you go to the kitchen where it finally turns white, giving a simple, beautiful and dynamic vibe to the entire space. 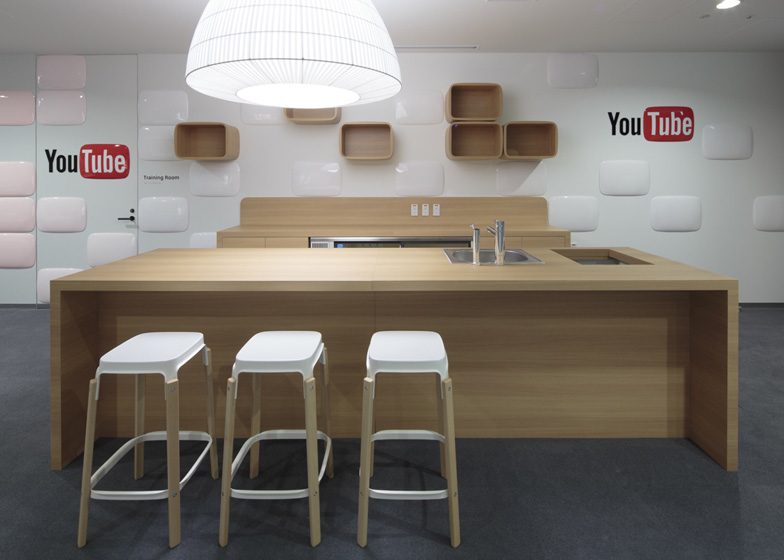 One wall is turned into a specific ‘Hall of Fame’, featuring screen-shaped portraits of the top YouTube producers and artists in glorious black and white, perfectly complementing the predominantly red design of the room. 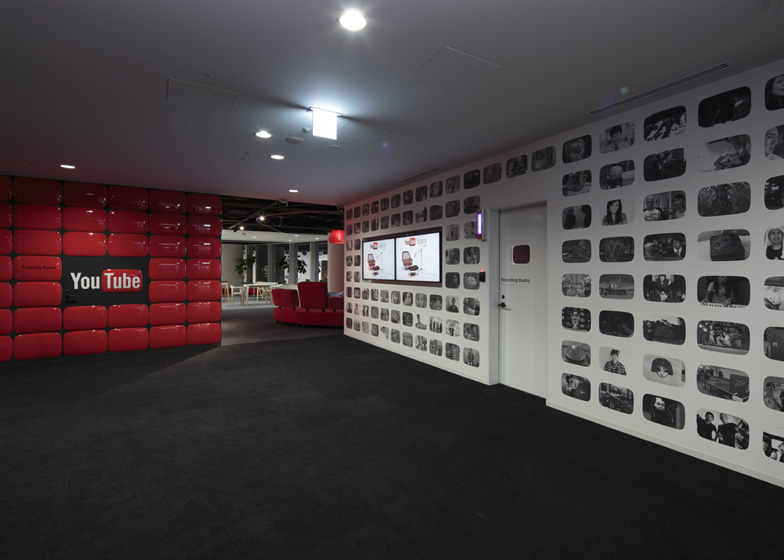 Mark Dytham and Astrid Klein had to face several challenges while developing the interior design. This is the first time an entire filming facility was placed in the standard office space and every single room – not only the main studio –  had to be designed to allow filming. Dytham and Klein achieved this by smart use of space, careful lighting and variety of background designs.

KDa have done a truly marvelous job on the interior design of YouTube’s newest shrine of creativity. 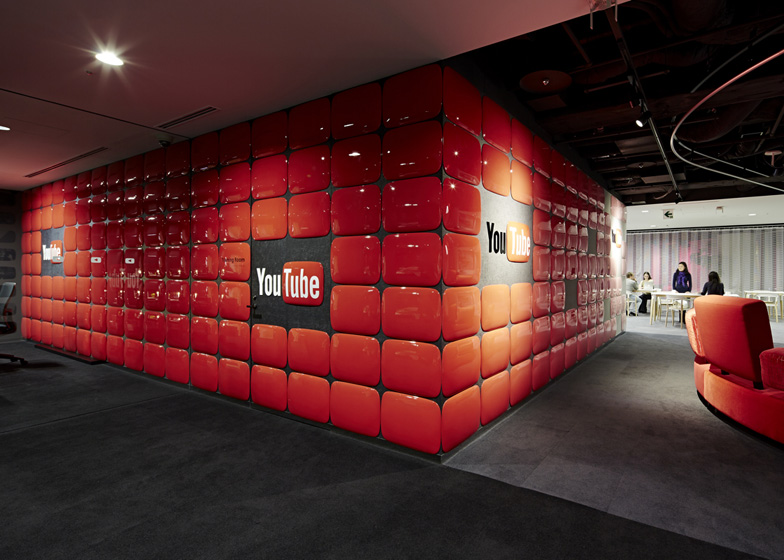 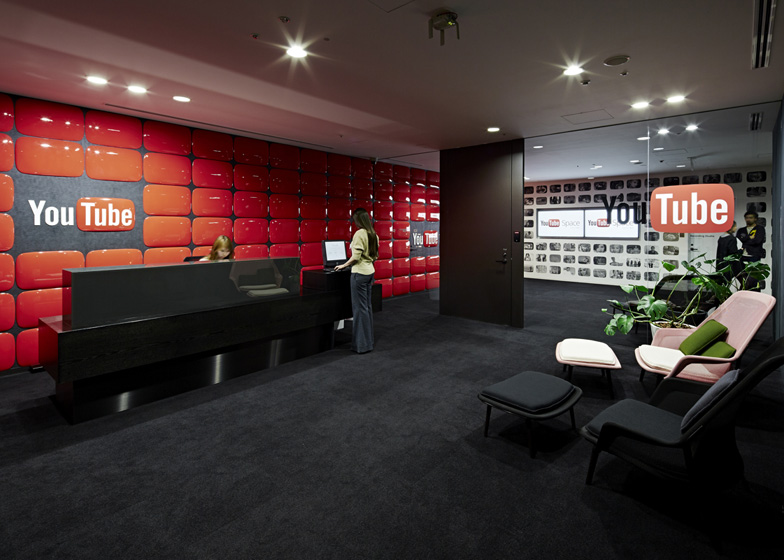 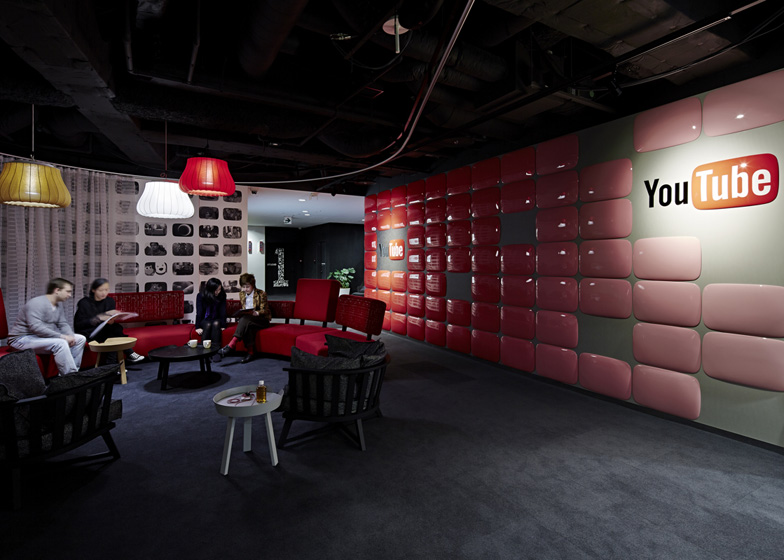