Combining high-end materials and handcrafted design, the WREN Hifi M1 Console reimagines the stereo consoles from the past. This stereo console successfully incorporates all forms of modern and popular audio technology into a user-friendly and appealing package which can fit perfectly into every part of your home. With an old concept turned brand new, the WREN Hifi M1 Console celebrates the recorded music listening experience. 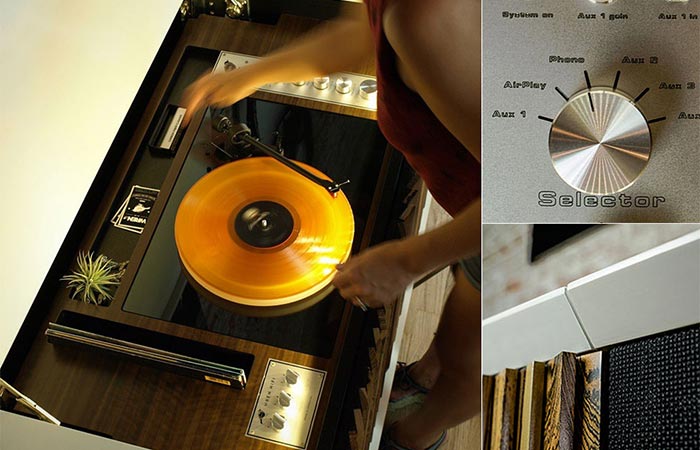 The turntable is the focal point of this console

The creators of this fine stereo console, Scott and Debra Salyer, worked for years as high-end furniture designers which is why the craftsmanship of the WREN Hifi M1 Console is superb. Every part of this stereo console is handcrafted in their workshop in North Park, San Diego which makes it a work of art. But what does a handcrafted stereo console have to offer? In this case, a lot. The way in which it was designed makes it seamlessly fit into any room you might consider placing it. The wood and solid aluminum construction gives it the appearance of a high quality piece of furniture but it is so much more than that. After opening the four position hinged lid (the lid can be closed, opened and stowed or placed in 90 and 65 degree angles) you will see the turntable, a modified and decoupled Pro-ject Debut Carbon DC turntable which currently rates high on the market. 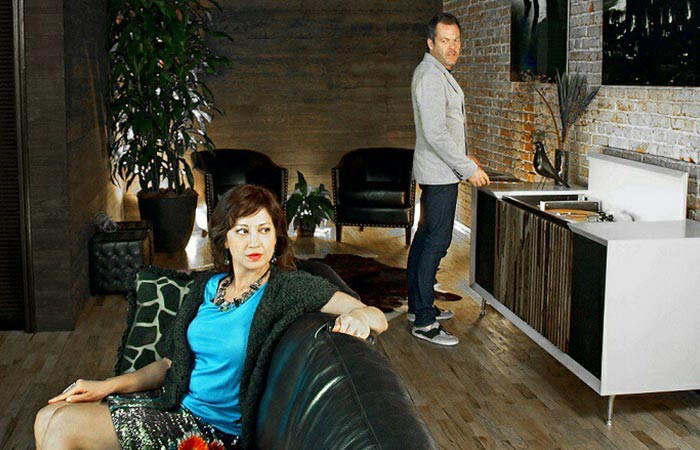 The creators of the WREN Hifi M1 Console, Debra and Scott Salyer

The upper wood deck which houses the turntable is the most appealing part of the M1 Console because of a few nice details added to it, namely the LED lights which bring focus to it when turned on. Below the turntable deck is a storage area in which you can place whatever item you like or other electronic devices which can be connected to the WREN HiFi 8″ Bass Reflex Speakers placed on the sides of the console. The braced speaker compartments project sound forward, while surrounding acoustic dampening isolates the vibration of the speakers. It also has an integrated quiet-run fan used for cooling the electronics of the console and other devices. The entire console stands on solid aluminum legs which can be set for levelling. Even though this console boasts the best audiophile equipment and variety of features the creators have enabled users to use it with little to no initial setup. 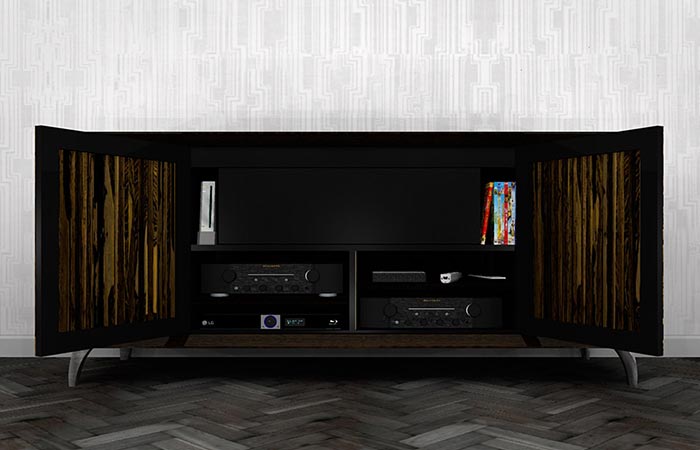 You can store other electronic devices in this console

If you decide to get yourself a WREN Hifi M1 Console you have to keep a few things in mind. This console is made from the best materials possible, incorporates high quality audio equipment and is handcrafted by the creators of the console which consequently bumps the price up to $16.500. Will this be a purchase worth the money? In the end, it is up to you to decide. [via] 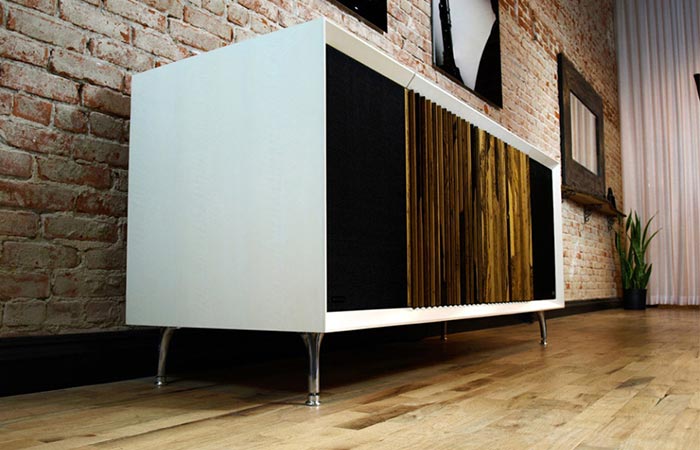