There has a been a major rise in the inflatable lounger department. Of course, as many of you can remember, this started out with the LamZac inflatable lounger. Since then though, other companies have taken the idea and improved upon it. Such as the company that designed the WooHoo 2.0 Inflatable Lounger.

The new WooHoo 2.0 features a patent pending design that has largely improved on the way that we view inflatable loungers. 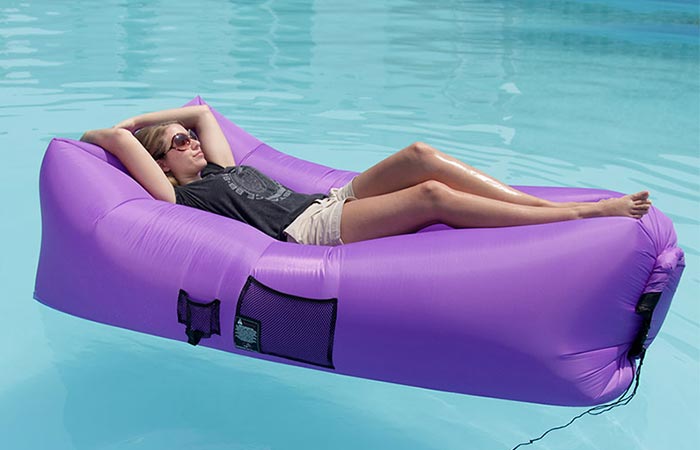 The WooHoo 2.0 features a unique design compared to its competitors. It features a triangular hammock that makes it much more comfortable than actually having to squeeze yourself in between the tubes.

The gap with the hammock was designed in a triangular form. This gives you extra space at your shoulders and head so that you can have a comfortable headrest. In addition to this, the material that the WooHoo 2.0 is constructed out of is lightweight and durable. It is also flame retardant, dirt and water repellent, and easy to clean. Furthermore, this inflatable lounger features a sown-in D-ring and 5 feet of string to tie it down. 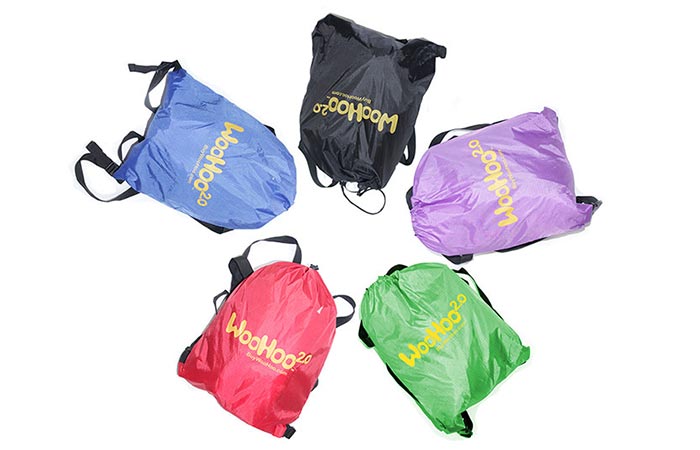 The WooHoo 2.0 is available in a variety of colors.

This inflatable sofa also features a storage pouch and water bottle holder for your chilling out convenience. Another interesting feature is that the WooHoo 2.0 can support up to 420 pounds and it only weighs 3.2 pounds. It also comes with a carrying bag so that you can take it anywhere from festivals to the beach, and even on camping trips. It measures in at 80” long and 40” wide (at widest point).

This product is made in the USA and it can be repaired in Santa Ana, California.