The story of the Wintestick Swallowtail is considered by many snowboarding enthusiasts to be timeless. It began in 1972 with a man named Dimitrije Milovich, who after dropping out of college to pursue his snowboarding interests managed to finish and patent his board design, the Swallowtail. 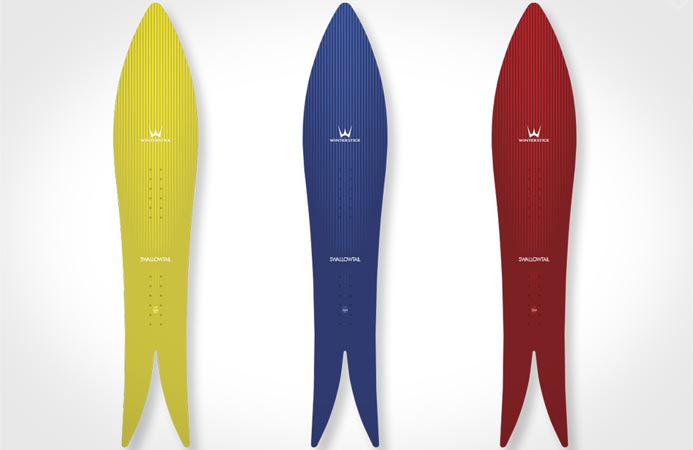 This monumental achievement lead to the founding of his company Winterstick and the release of two models: the Roundtail and Swallowtail. Even though Milovich hasn’t been a part of Winterstick for quite some time, it is considered that the creation of the Swallowtail has made a bigger impact on the sport than companies like Burton, Sims and Barfoot despite the fact that it was mainly focused on backcountry riding. Thanks to this focus, there are few boards on the market which can turn as quickly and precisely in deep powder like the Swallowtail can.

The Swallowtail is available in three colors: yellow, blue and red. You will have to put aside $1,250 for this timeless board or $1,450 if you are into the split model but keep in mind that this board shines in backcountry riding. [via] watch video below 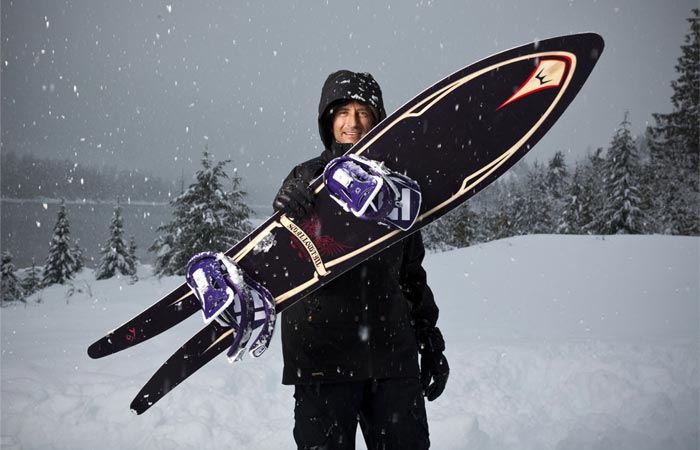