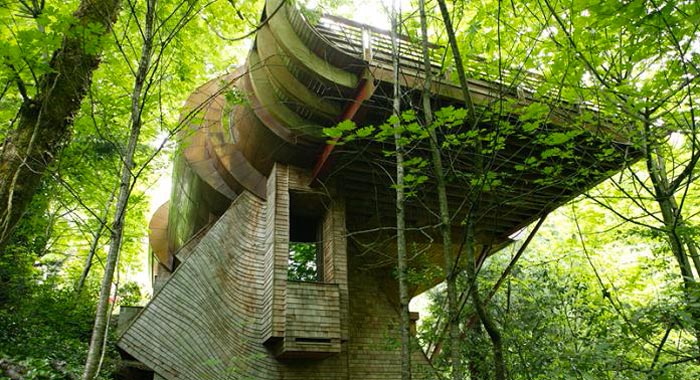 Robert Harvey Oshatz is the creator of the Wilkinson Residence, a place that can safely assume the title of being a treehouse mansion in a very demanding competition, even though it was created almost a decade ago.

The Wilkinson Residence is placed in Portland, Oregon, USA and the entire area of the site covers 23,680 sq. ft, while the built up space covers 5,162 sq. ft. It was designed more than 15 years ago, in 1997, and the construction was completed 7 years later, in 2004, but it is difficult to say that it has been surpassed by any other more recent creation.

The house seems to perfectly fit the surrounding area and its location made it possible for the main living area of the house to be placed among the tree canopy. The interior fits the view it provides. The materials are mostly natural and there are enough open spaces that are flooded by natural light. Perfect blend of circular forms and straight lines make any stay in this place more than enjoyable. 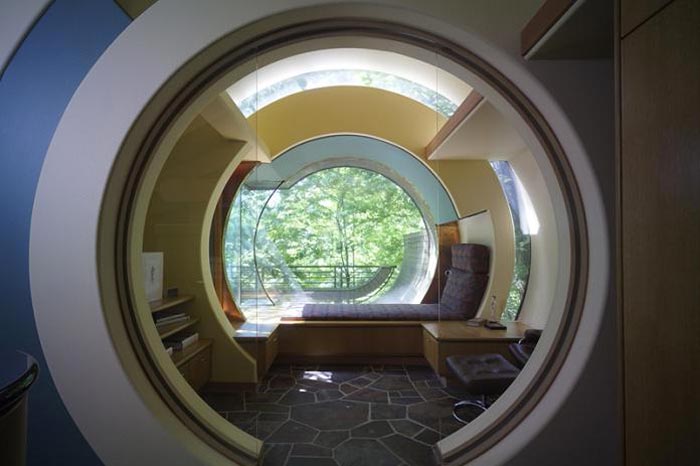 Great mix of client’s desires and inventive design is probably best explained by the architect himself:

‘Located on a flag lot, a steep sloping grade provided the opportunity to bring the main level of the house into the tree canopy to evoke the feeling of being in a treehouse. A lover of music, the client wanted a house that not only became part of the natural landscape but also addressed the flow of music. This house evades the mechanics of the camera; it is difficult to capture the way the interior space flows seamlessly through to the exterior. One must actually stroll through the house to grasp its complexities and its connection to the exterior. One example is a natural wood ceiling, floating on curved laminated wood beams, passing through a generous glass wall which wraps around the main living room.’ [via] 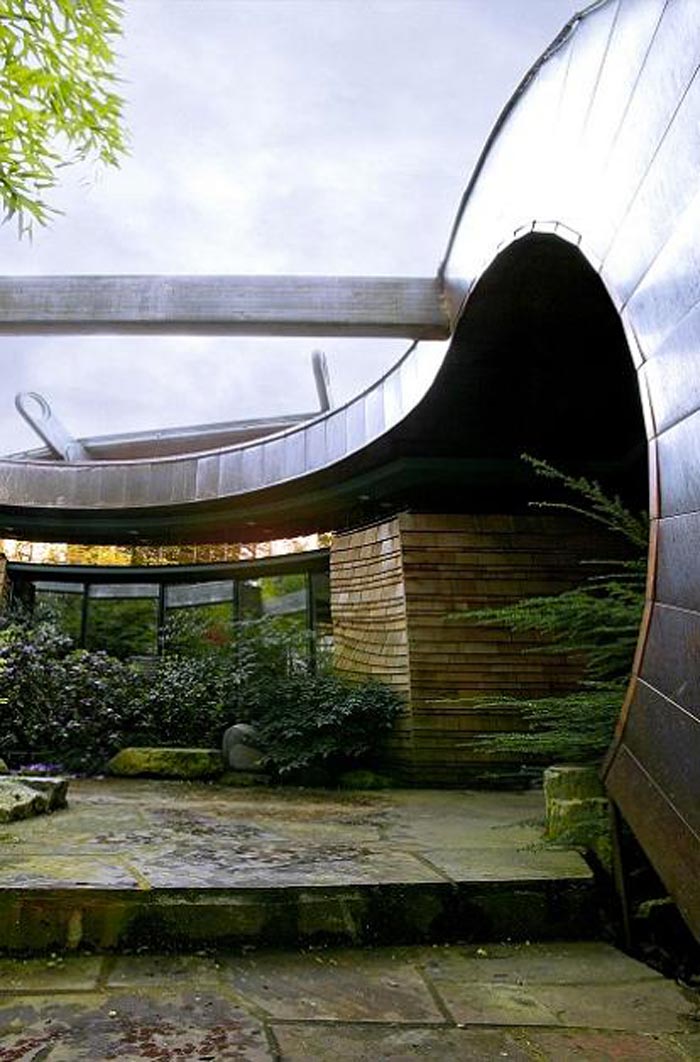 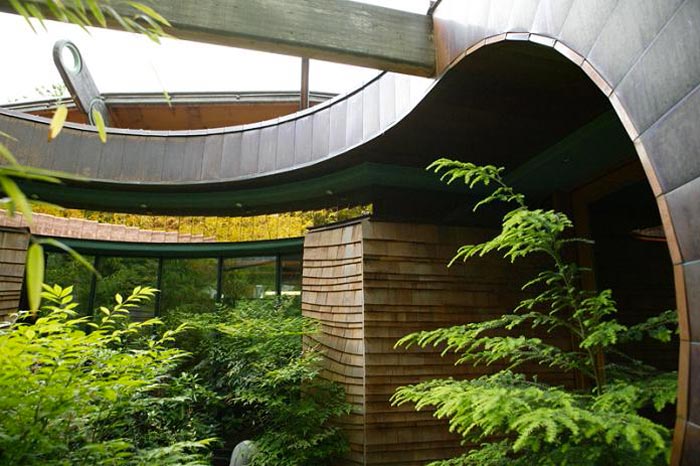 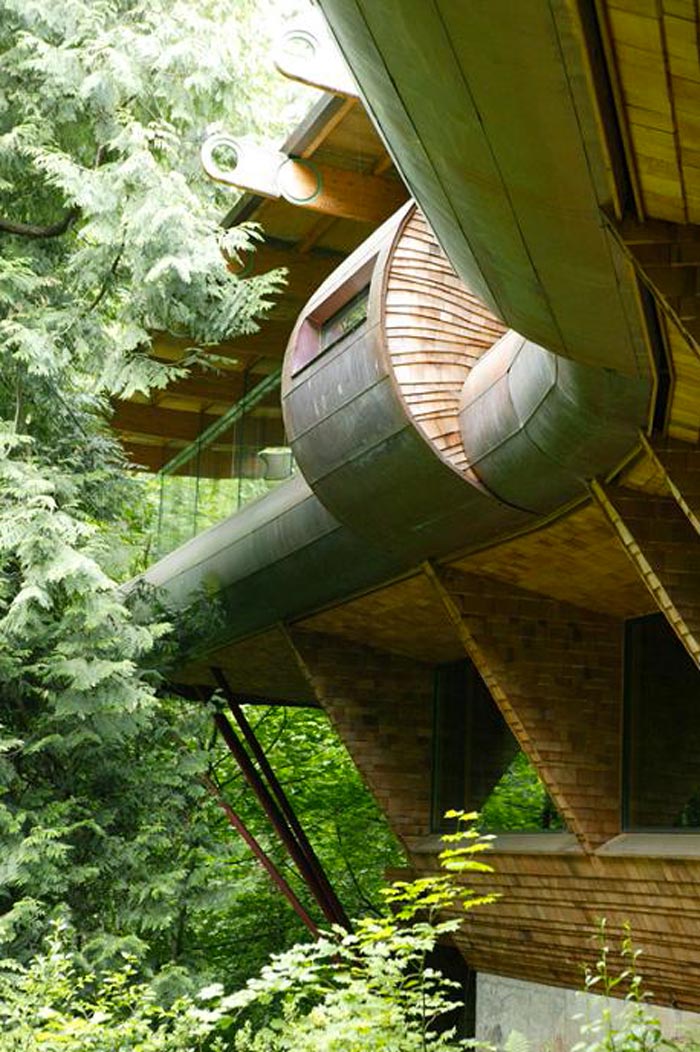 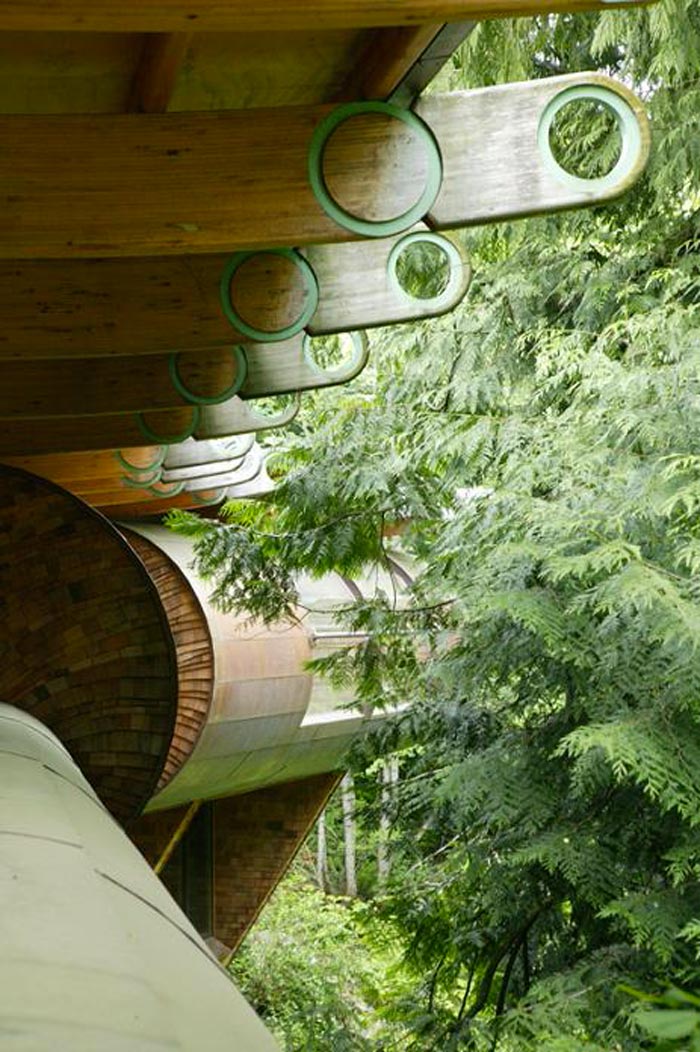 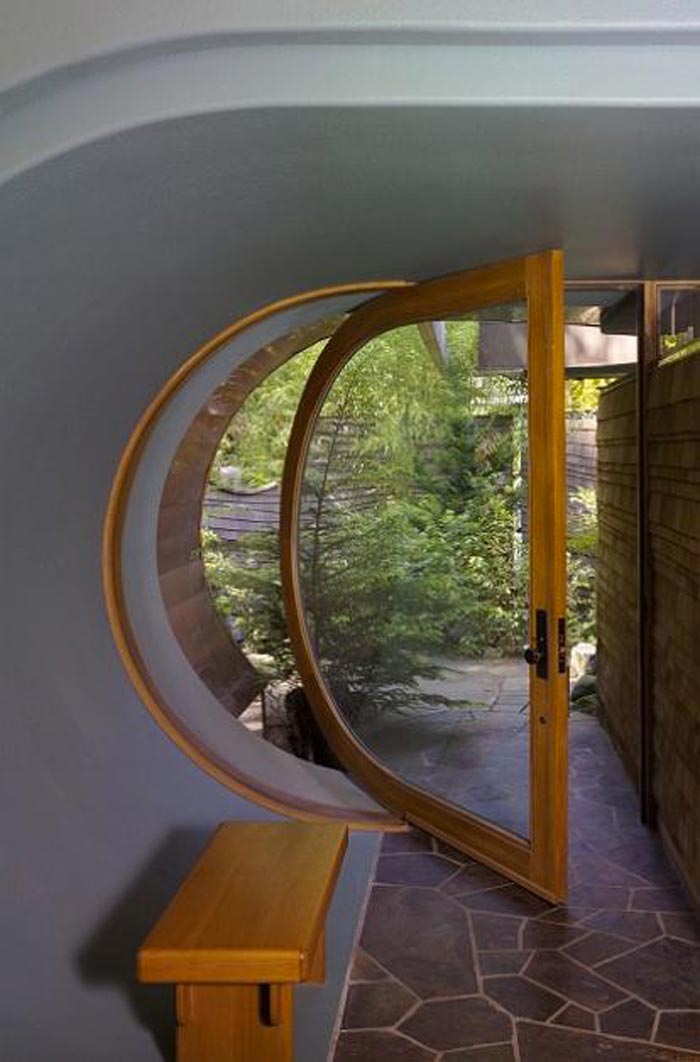 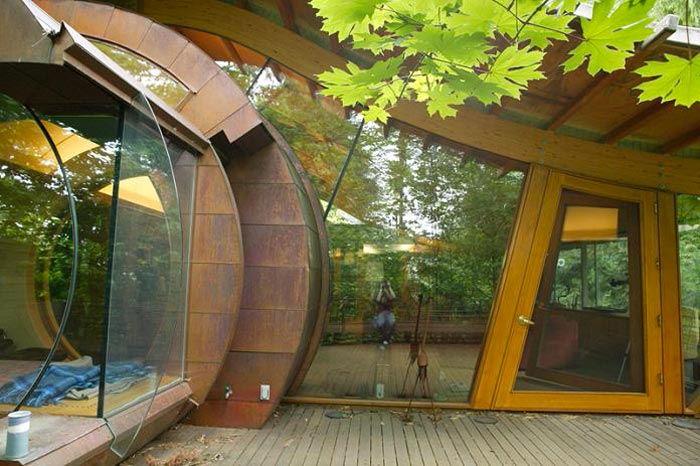 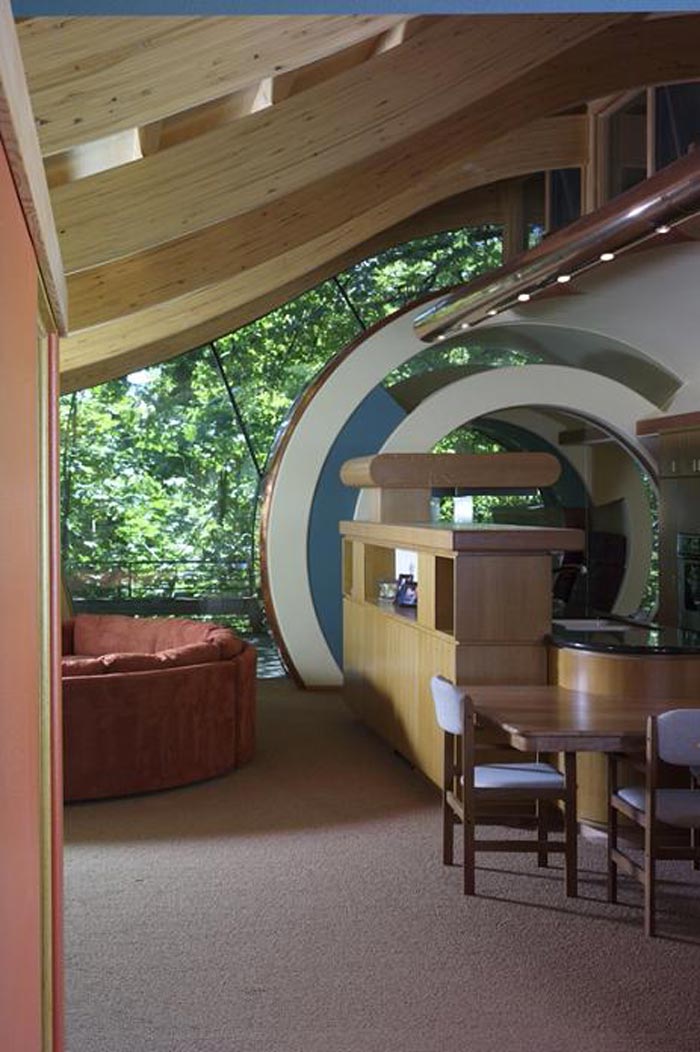 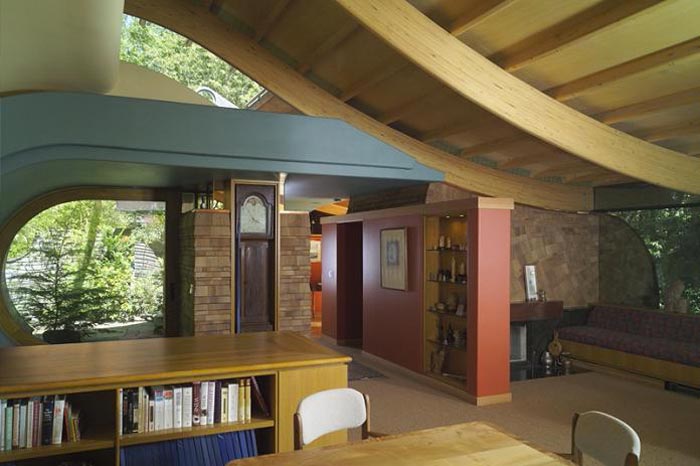 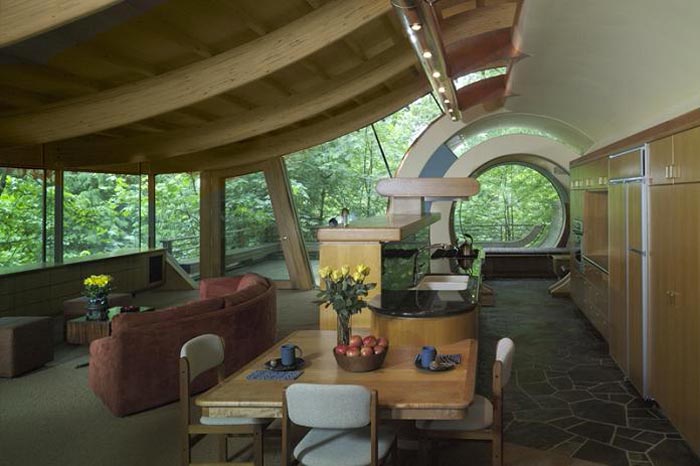