As far as winter goes, there are some people that love it and others that despise it. However, there is one thing that we can all agree on; that transportion does become exponentially more difficult during blizzards and heavy snow falls. Thankfully for us, a new concept by Bombardier Recreational Products aims to solve that. Introducing the Whitefox Snowmobile.

Built around the idea of an extended Ski-Doo, the Whitefox is something of an amalgamation between a snowmobile and a minivan. This, essentially, ensures that you have a reliable form of transport during those icy months of the year. 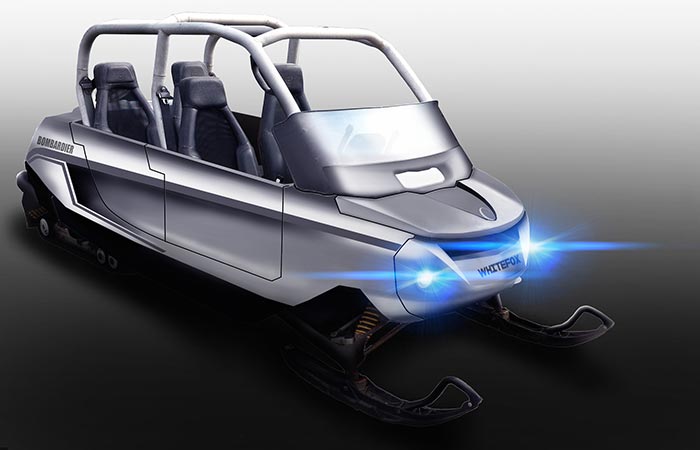 The Whitefox Snowmobile will be able to transport up to 4 people. All of the seats are also heated.

Even though it is still just a concept, it will feature some interesting technical specifications. The first being that it will be able to transport 4 people, or the back seats could be used to haul luggage. In addition to this, all the seats will be heated to ensure a toasty drive, even in the coldest of conditions. 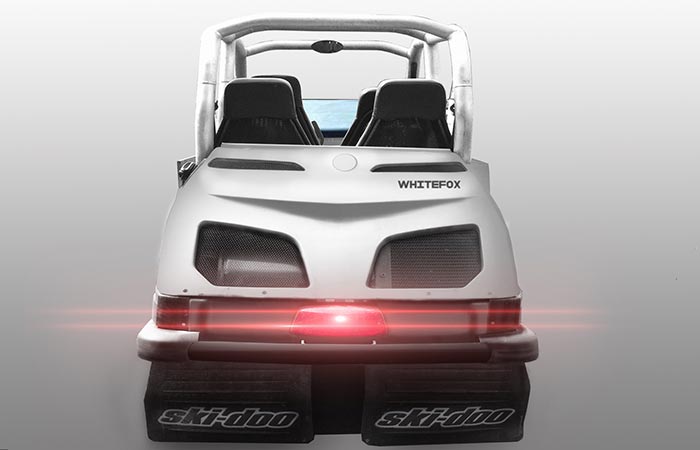 The Whitefox is built around the idea of the Ski-Doo. Essentially, it is an extended version.

Furthermore, this little beast will get its power from a 165hp Rotax engine. This gives it enough juice to conquer most hills and difficult terrain. Besides this, it can also make the transition between snow and asphalt by simply replacing the skis with a pop-up wheels. It will also feature racks for transporting skis and snowboards to your desired location.

It would be quite exciting if this concept ever comes to fruition. 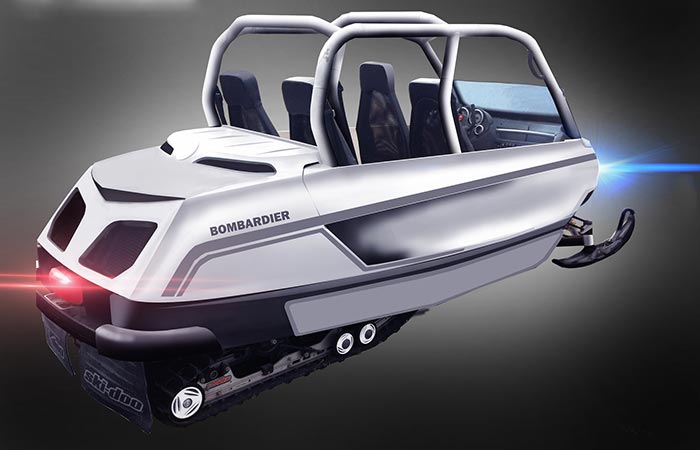 The Whitefox will also feature a 165hp Rotax engine to give it that much needed boost. It can also transition from snow to asphalt by replacing the skis with pop-up wheels.