You might not know this, but American poet Walt Whitman did a series of 13 newspaper columns back in 1858. This may not seem like a big deal until you find out they were about manly health and training. The columns were discovered recently, after 150 years and are now available to read in this awesome new book – Walt Whitman’s Guide to Manly Health and Training.

In the book, you’ll find 75 of his advice and quotes on different manly issues like sports, exercise, diet but also topics like alcohol and grooming. Whitman used a pseudonym Mose Velsor and wrote for the New York Atlas. Zachary Turpin from the University of Houston discovered it was Whitman who wrote them. 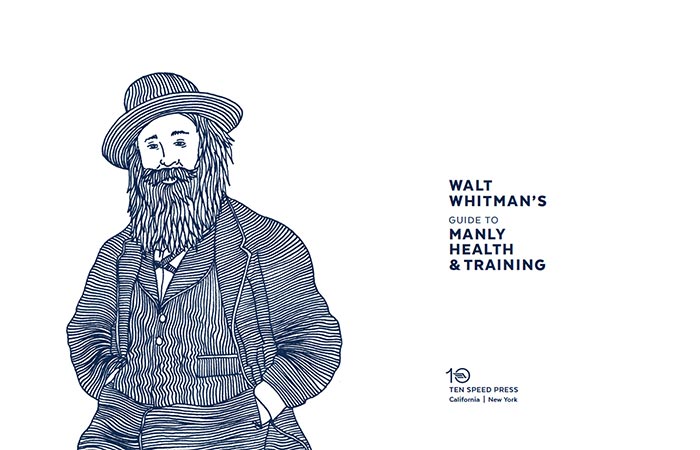 It was recently discovered that Walt Whitman used a pseudonym and wrote 13 columns about manly lifestyle and trailing back in 1858. They are now published in this book.

He explained: “When I started investigating, I was completely unaware that such a series might exist. Scholars have long known that, among his mountains of notebook jottings and unpublished manuscripts, Whitman had scribbled out a pair of handwritten advertisements for a ‘first-class Original Work on Manly Training’. But whether or not such a thing had ever come to be, no one knew. It took about a day and a night for it to really hit me hard just what this was, in essence: a lost book, and a most unusual one, by Walt Whitman himself.” 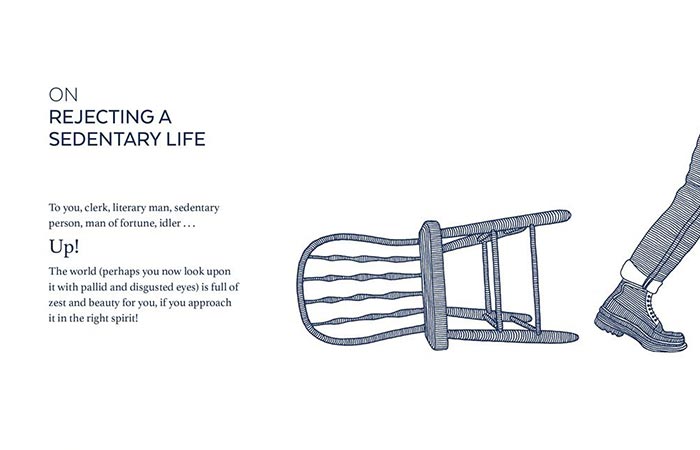 Each poem is illustrated.

Whitman wrote that Americans need a far nobler physique. He was also an advocate of a diet that included mostly meat while getting rid of other ingredients. According to him, this diet will result in a noble and pure race that Americans are seeking to become. The book is illustrated and written in a lyrical prose style.