Virgin Holidays came up with a great way to promote interest in their ‘Wonderlist’ luxury holiday packages. They installed a 35 foot high South African treehouse on London’s Southbank. It’s built mostly out of wood and the design is similar to Lion Sands Reserve treehouse accommodations in South Africa. 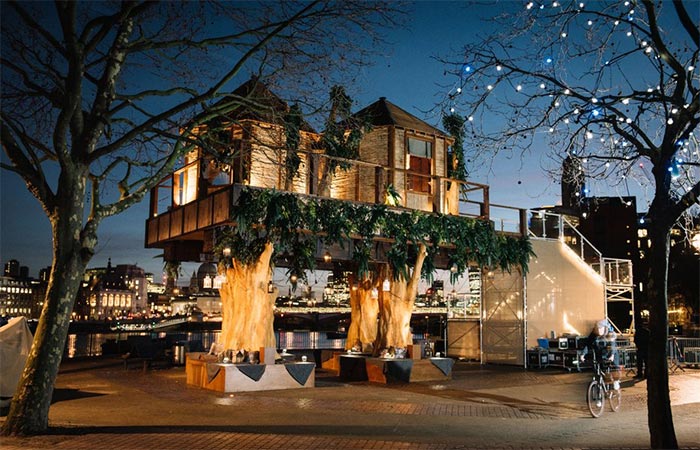 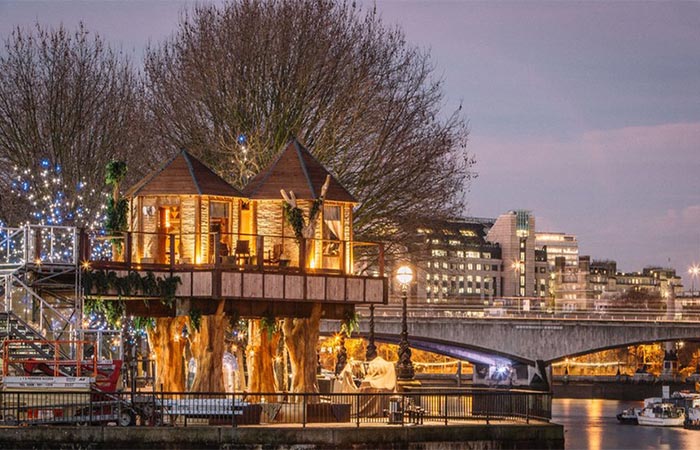 The treehouse was designed by Hubert Zandberg.

Inside the treehouse, there’s a central living area, two guest rooms with a plush four-post bed, a dining area and a big wraparound balcony. The balcony offered a view of the river and the adjacent stairs were the only way to get into the treehouse. 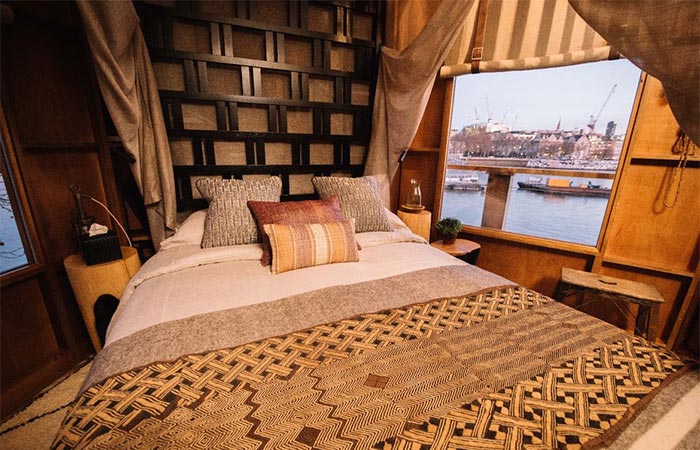 The bedroom in the treehouse. 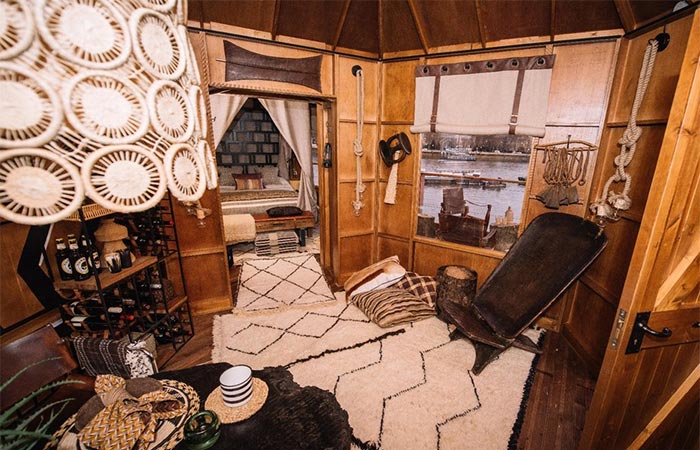 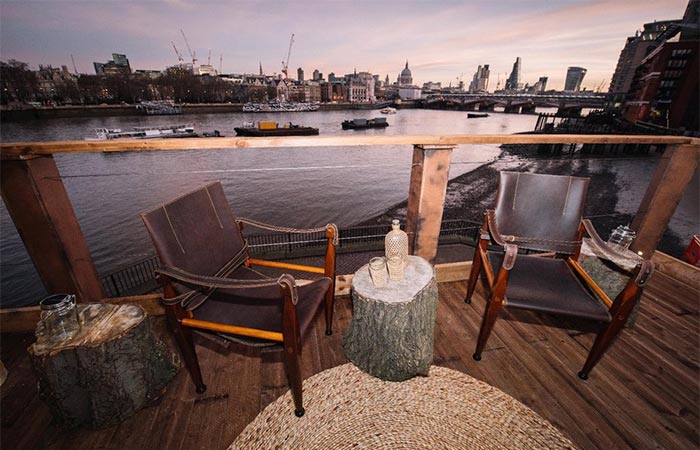 The wraparound balcony with an amazing view of the river.

During the day, the treehouse was open to the public and people could enter a competition to win a one-night stay in this exotic safari house. The lucky winners not only got a chance to spend the night but to enjoy a six-course private degustation menu. 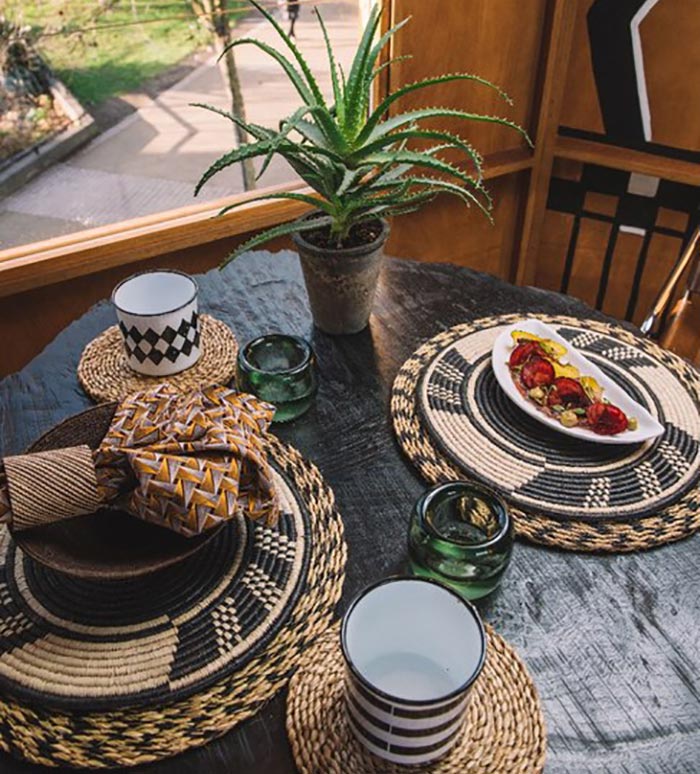 Winners of the competition received a one-night stay in the treehouse and enjoyed the delicious menu.

The menu was created by chef Petrus Madutlela and included some exotic food like tempura meal worms with induja mayo, shaved ostrich biltong, smoked goat fillet with chakalaka sauce and braised terrine of crocodile. “This is an incredible experience, and I wanted to offer a menu that matches. Although a lot of these ingredients are seen as a bit wild and eccentric, they are actually exceptionally tasty and good for you.” said Petrus. [via] 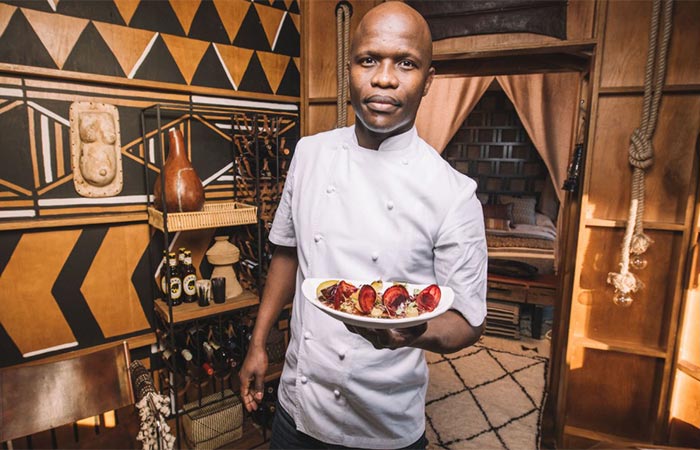 The food was made by Petrus Madutlela using exotic and healthy ingredients.