A lot of people enjoy spending time outdoors and like to bring their electronic equipment with them, which, consequently, brings forward of the issue of what to do when you need to recharge your gear and there is no power socket to be found. A lot of companies make powerbanks but very few of these are sturdy enough for harsh environments. Goal Zero offers a simple solution to this problem with their charging kit called the Venture 30. Venture 30 has a lot to offer as it isn’t just a completely water and crashproof charging kit. First of all, Goal Zero looked into a reliable way of recharging your Venture 30 after you use it to charge your devices and added the Nomad 7 Solar Panel. The solar panel allows you to reuse it as many times as you need while you are camping far away from civilization. 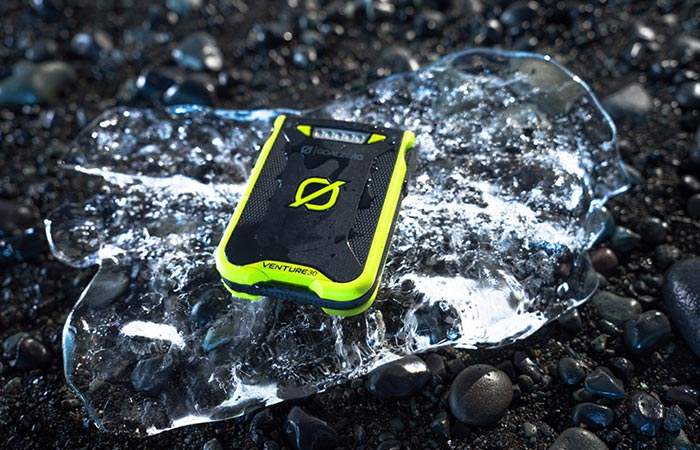 It takes about eight hours to charge up the Venture 30 with the solar panel and half that time to fully charge it with its USB port. Apart from being equipped with standard USB ports, it also has an integrated micro USB cable in its frame so you don’t have to worry about packing it along with this charging kit because it is always at your disposal. When fully charged, the Venture 30 can charge your phone two or three times or give one full charge for your tablet. An important feature that can’t go unmentioned is that you can charge several devices at the same time with no problem. 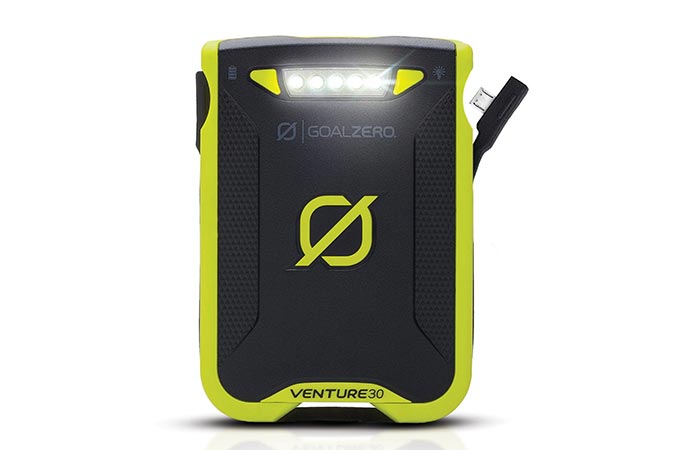 Devices such as headlamps and cameras can be recharged up to five times. It’s safe to say that none of your devices will run out of juice with this charging kit. Weighing only 1.5 pounds, the Venture 30 simply can’t cause your backpack to be heavier. It also offers the function of a flashlight. Its charging indicator doubles as a flashlight and you can turn it on with a simple press of a button. 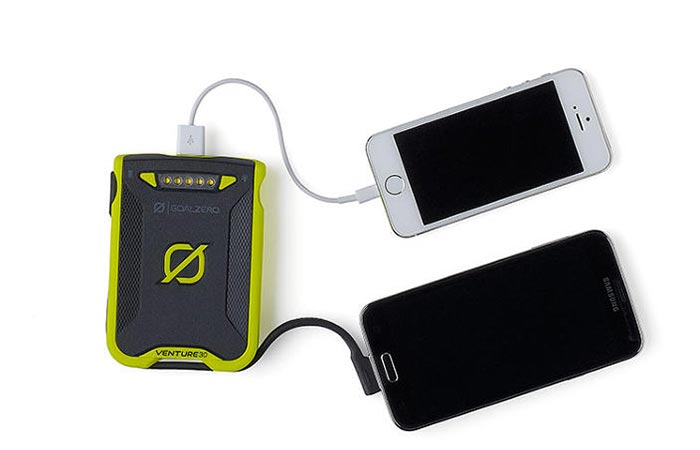 Apart from allowing you to charge your devices several times, you can charge more than one device simultaneously

In all honesty, being able to charge your phone just once would be enough considering the fact that it was built to withstand harsh weather conditions and that it can be charged with a solar panel. But its large battery capacity (7,800mAh) and all of its other features makes the Venture 30 worth having. 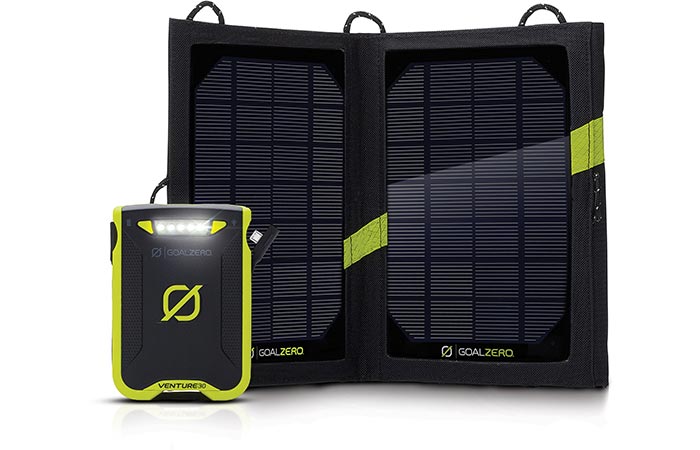 The Venture 30 can be charged via a solar panel

Check out a video about the Venture 30 by Goal Zero.