The invention that we are featuring today is as magical as it is practical. It is the brainchild of the Dutch design studio Roosegaarde and we are absolutely sure that you are going to love the idea. We are talking about an illuminated bicycle lane located in Nuenen, The Netherlands called Van Gogh-Roosegaarde Bicycle Path which was inspired by and developed in honour of a famous citizen of Nuenen – Vincent van Gogh – who lived in the town for two years in the late 19th century. The path is made from pebbles arranged in swirling fashion and illuminated by special paint and LEDs which charge during the day and are powered by a solar array during the night. 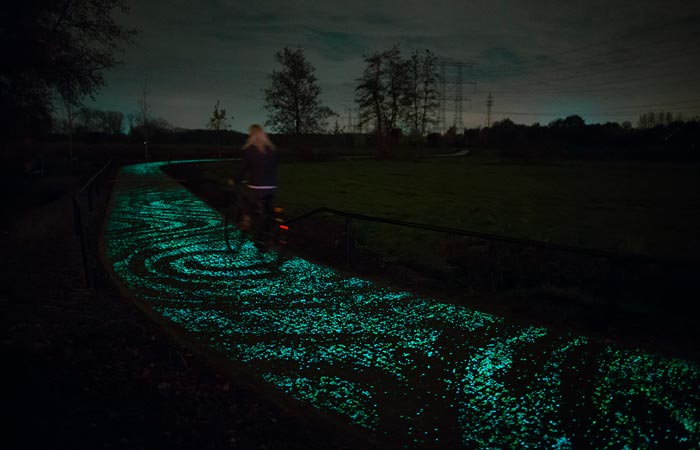 Van Gogh-Roosegaarde Bicycle Path is 600-metre long and the reasoning for making this path was to find an intelligent way of warning drivers of cyclists ahead. The pattern used here is actually based on van Gogh’s painting “The Starry Night” which he painted while locked in an asylum. Daan Roosegaarde, of Studio Roosegaarde, says: “(The Starry Night) is the most characteristic van Gogh’s painting and I wanted to use something that people are familiar with and give it a twist. I also wanted to create a place that people will experience in a special way, the technical combined with experience.” 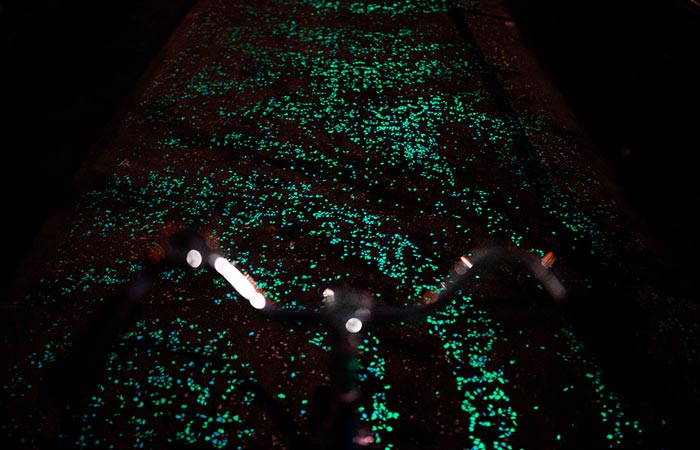 Van Gogh-Roosegaarde path is actually the second Smart Highway project which is a collaborative effort between Roosegaarde and Heijmans who provided the infrastructure for the projects. In the future, the two companies aim to build more interactive paths and roads with the help of light, signage and energy. Earlier in November, they unveiled another project called Glowing Lines which is very similar to Van Gogh-Roosegaarde Bicycle Path. The paint illuminating lines here are used to mark the edges of a motorway section in Oss. Roosegaarde and Heijmans also plan to develop road lanes that will provide charge for electric cars and warn drivers when their surfaces become icy and slippery. watch video below 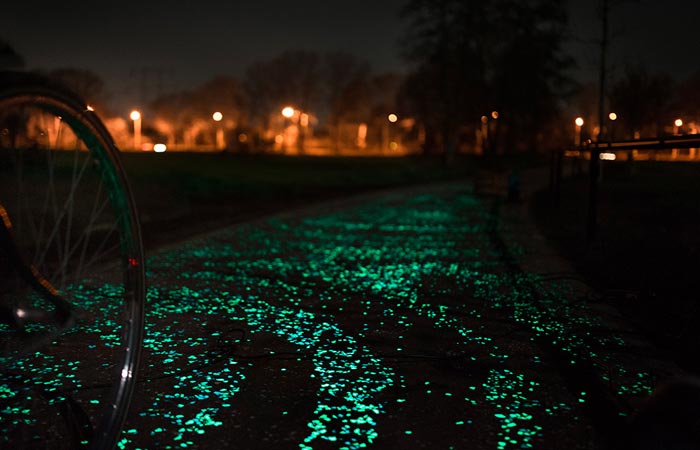 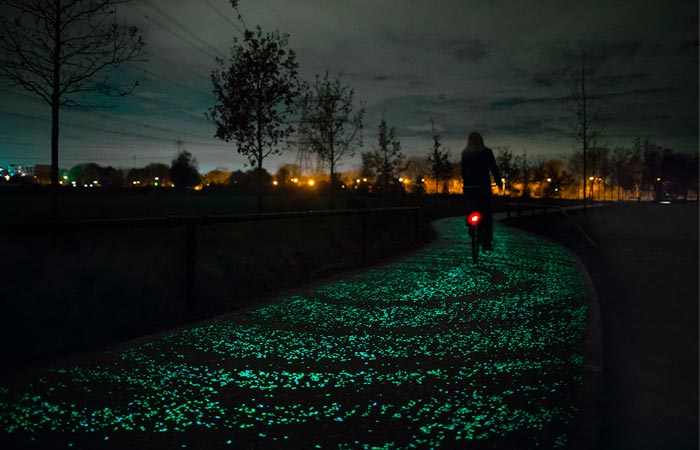 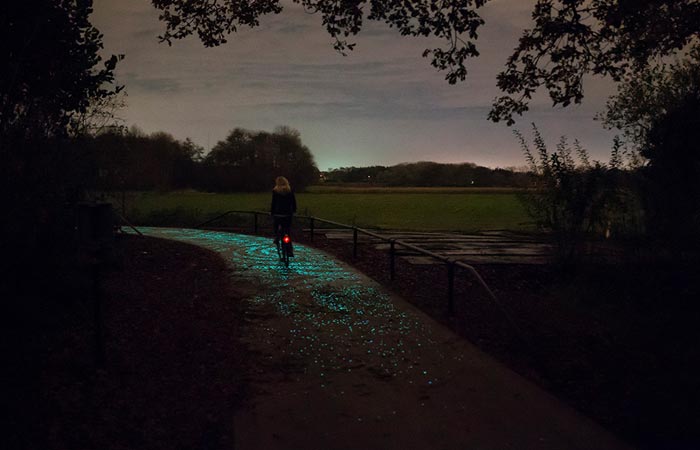