Compact projectors rarely achieve the same capabilities regularly sized projectors do, which isn’t that surprising as they are geared for portability and compactness. However, there is a new compact projector whose projection quality doesn’t suffer because of its small size. It’s called UO Smart Beam Laser Projector and, apart from having excellent specs, looks pretty cool too. Its cubicle shape measures only 2.2 inches, so you can literally take and use it anywhere you might need. This nifty little projector is the very first SK Telecom‘s product launched under the brand of United Objects, so we’re guessing they made a big effort to make sure that their projector is worth looking into because of that. 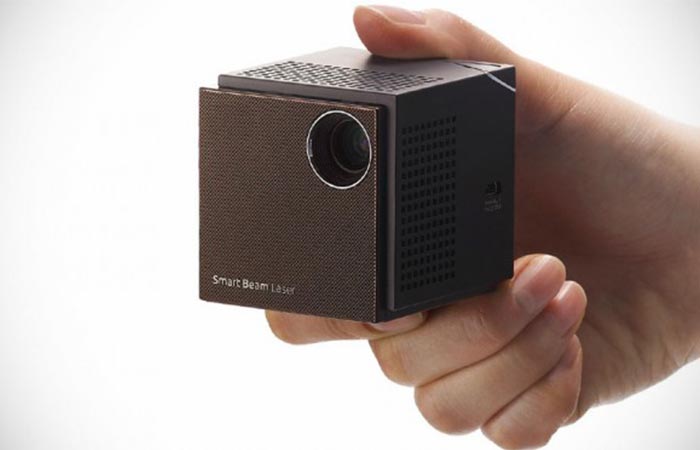 This small projector has a native resolution of 720p and sharp, focus-free projections

The UO Smart Beam Laser Projector has a native resolution of 720p and uses a laser diode to power its high-end liquid crystal on silicon (LCOS) engine. The LCOS engine makes sure that you have a sharp and focus-free projections which ranges from 20 to 150 inches in size. This projectors also boasts 60 ANSI lumens of brightness which is a decent amount for a projector of this size. 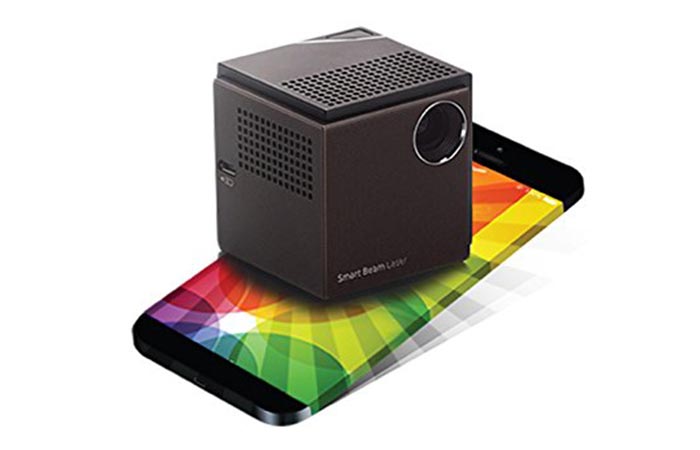 United Objects didn’t stop at projection quality and have added a built-in speaker into the mix for those business presentations and several types of connectivity. The UO Smart Beam Laser Projector supports wireless streaming via DLNA and Miracast, but for those of us who don’t have devices which support these modes of connectivity an HDMI port was added. 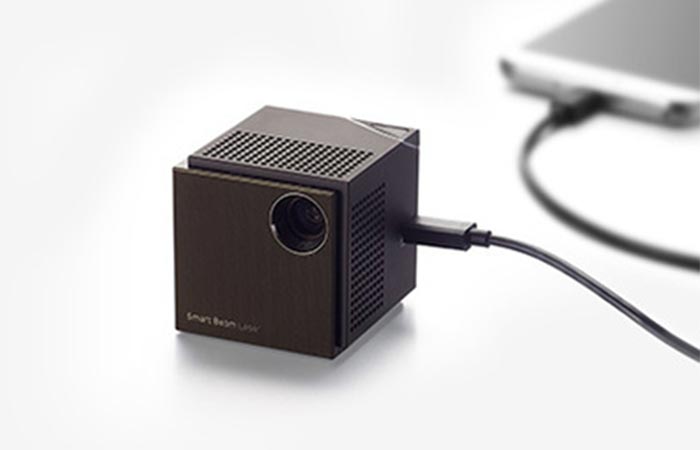 For those of you who own laptops which don’t support Miracast and DLNA, there is and HDMI port

It’s powered by a 4200 mAh rechargeable lithium polymer battery which allows it to run for a solid 2 hours. Once again, a commendable feature considering the surprisingly small size of this projector. All in all, the UO Smart Beam Laser Projector is a gadget definitely worth looking into if you are in need of one because you get a solid runtime and excellent projection quality from a device that fits on the palm of your hand.

Take a look at a promo video for the UO Smart Beam Laser Projector.