Spears, along with knives, axes and clubs are the earliest tools developed by mankind and have been used in combat, hunting and fishing for ages. Up until the modern era, spears have found their place in almost every army in the world and were used either in one or both hands as melee and throwing weapons. However, due to the advancements in modern warfare and the superiority of firearms in open war conflicts, the use of traditional arms has been largely neglected. However, these advancements have not been able to completely eradicate the interest of using modern spears in hunting or as a part of survival gear. A testament to this is the United Cutlery M48 Talon Survival Spear. 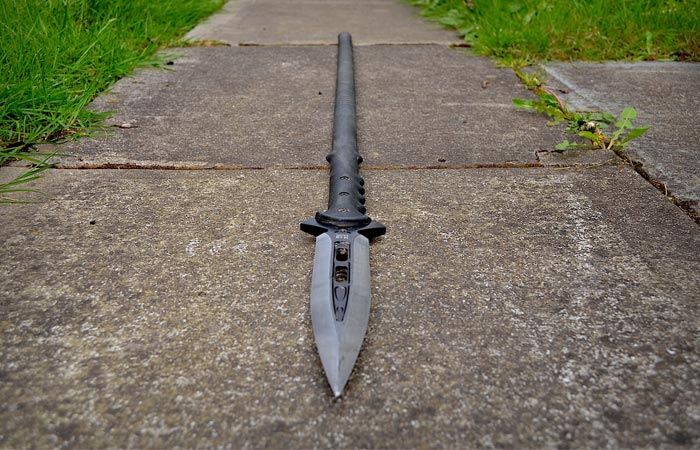 The Talon Survival Spear is part of the United Cutlery M48 Kommando series of products and as such it sports the solid black design common for most products from this series. The length of the spear measures 44 1/8” from one end to the other and has a rubber point on the end which allows the spear to be used as a walking cane. The opposite end features an 8” long razor sharp blade which is about half an inch thick and covered with a rubber sheath which is perfect for safe handling and storage. The blade was made from 2cr13 stainless steel with black oxide coating which runs on the middle of the blade. There are finger grooves right below the blade which allow for a stronger grip when using the spear for impaling or as a walking cane. The shaft of the spear consists of 30% fiberglass which makes the spear very light and extremely durable. Due to its durability it an be used, apart for impaling, for breaching and prying. 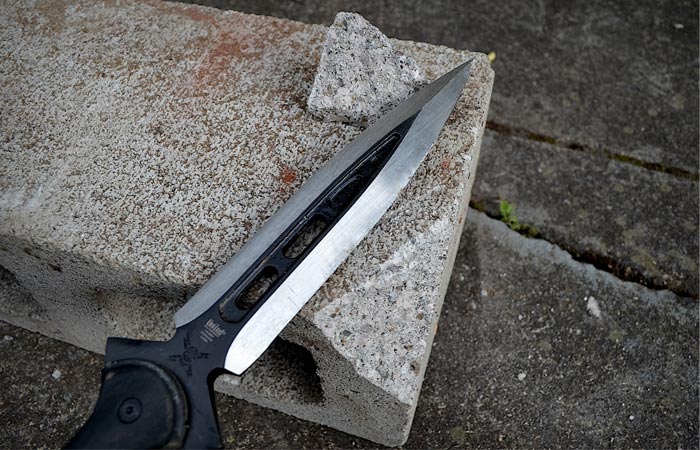 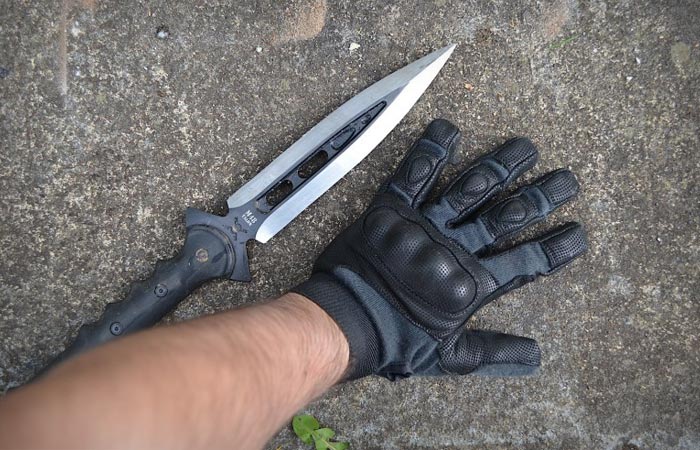 If you fancy yourself as a hunter and would like to try out methods of hunting which are different than what you are used to or if you want to have a sturdy weapon in case all hell brakes loose, then grab a United Cutlery M48 Talon Survival Spear and hunt away (in countries where it is legal, of course). 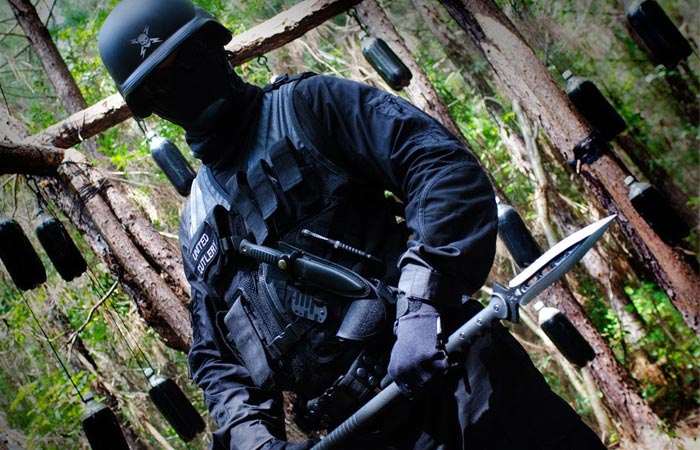