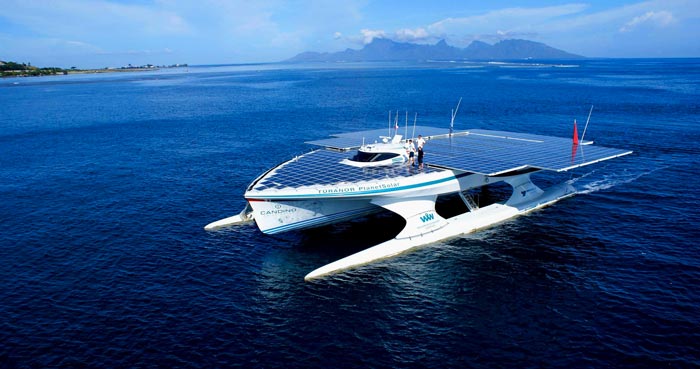 Is it really possible to have a completely green water transport? The Tûranor PlanetSolar seems to be the answer. It successfully completed a journey that lasted three months and that was started by Martin Beniston, a climatologist from the University of Geneva and his team of scientists that set off on a mission to gather water and air samples for the research regarding climate change.

The idea on which the Tûranor PlanetSolar was established was to use ”the fact that the boat doesn’t create any pollutants means what we measure is as natural as possible”, as Beniston put it. But the result was a fully functional, self sufficient and eco-friendly vessel.

Powered only by the sun, the Tûranor (meaning ‘power of the sun’ in Elvish, the language that was created by J.R.R. Tolkien for The Lord of the Rings) has managed to break several distance, speed and longevity records of other solar powered vessels. It was designed by the nautical architecture firm LOMOcean Design from New Zealand according to the idea from adventurer Raphael Domjam and built by Knierim Yachtbaut from Germany. It is 35 m (115 ft) long, 23 m (75 ft) wide and it weighs 95 tonnes.

The ship uses the power gathered by 800 solar panels that are robust enough to support human weight without being damaged. This energy is used to charge huge lithium-ion batteries, further used to power the two electric motors that propel the ship. The energy that can be gathered this way is sufficient to keep the engines working for 72 hours without any kind of recharge. When the Tûranor is out of a port, the solar panels extend further to cover the area of 5,500 square feet. 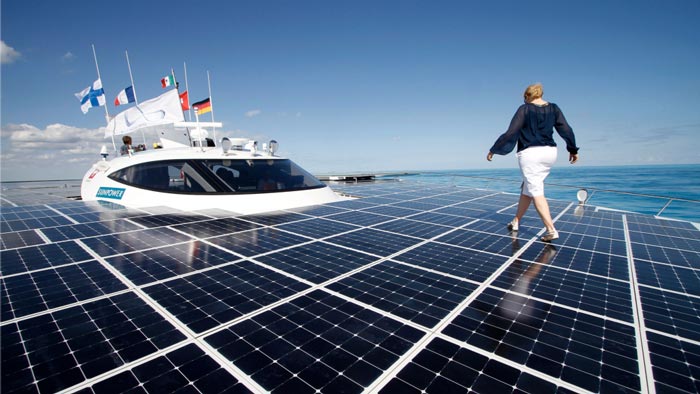 The design is also great. A simple combination of, luckily, beautiful dark solar panels and white base makes this ship seem modern and minimalistic.

However, there are several problems that hinder the Tûranor’s practicality when it comes to commercial use. First of all, it can only house nine people and it only has six rooms. Another problem is its speed, if we can call it that. The average is about 8 kts/15 kph/9 mph, with the top one being about twice as much, which is extremely insufficient for regular trans-oceanic traffic. However, the fact that the Tûranor managed to cover 60,000km powered only by solar energy is enough to make us think about using this kind of transport in the future when the extensive research in ways to gather and store energy has made more progress. Judging current trends, this is bound to happen. [via] watch video below 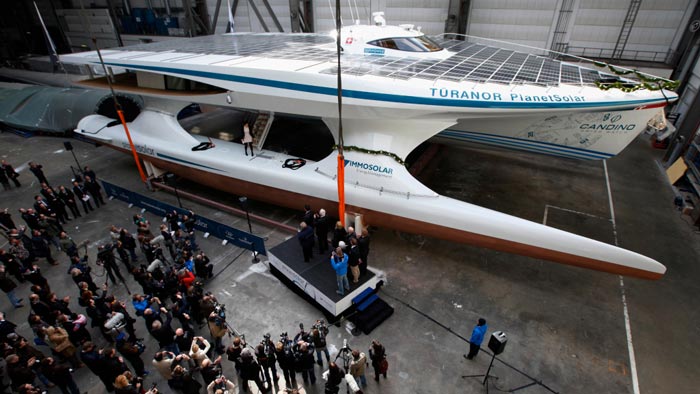 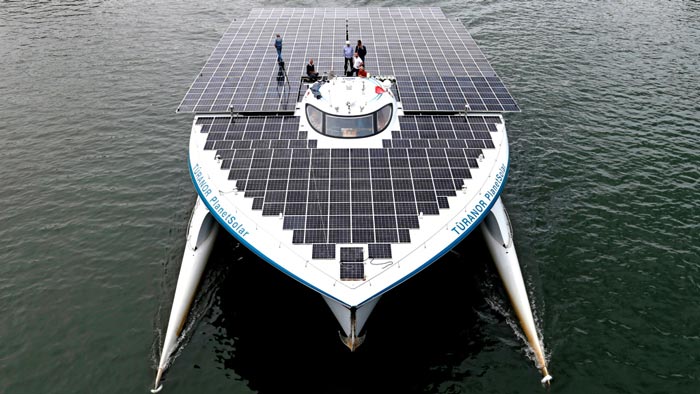 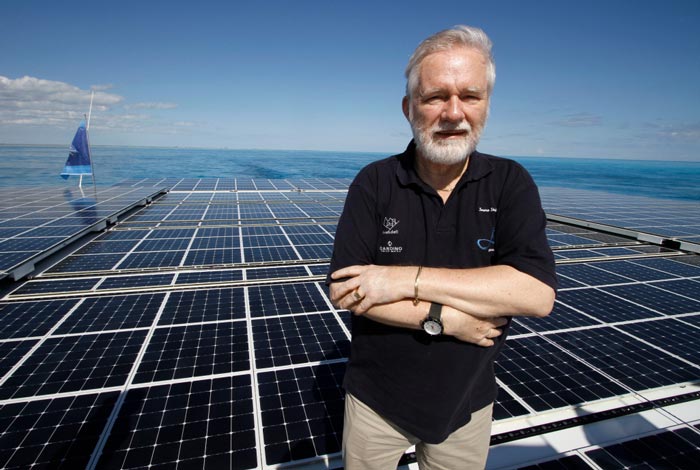 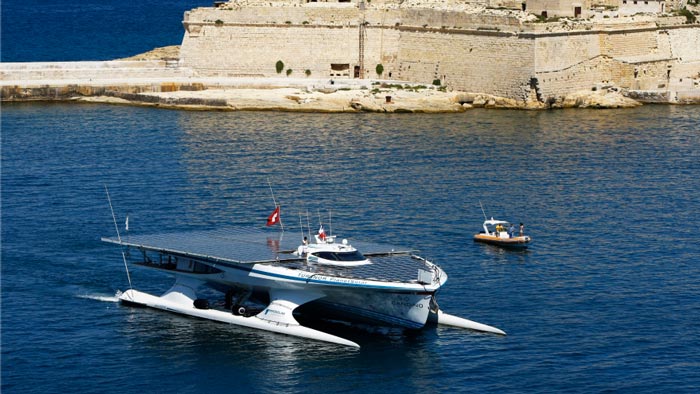 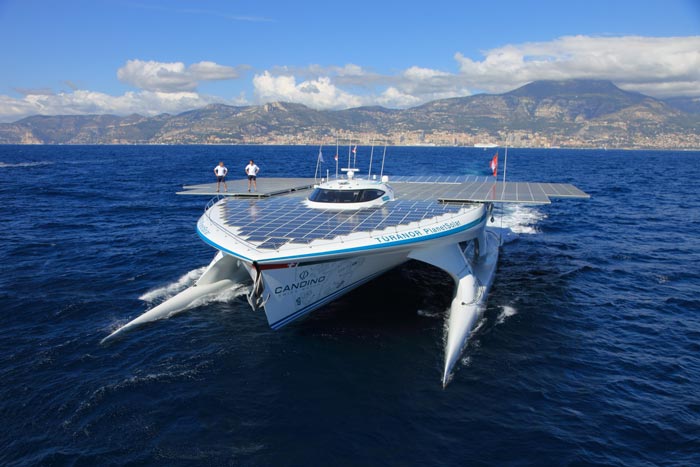