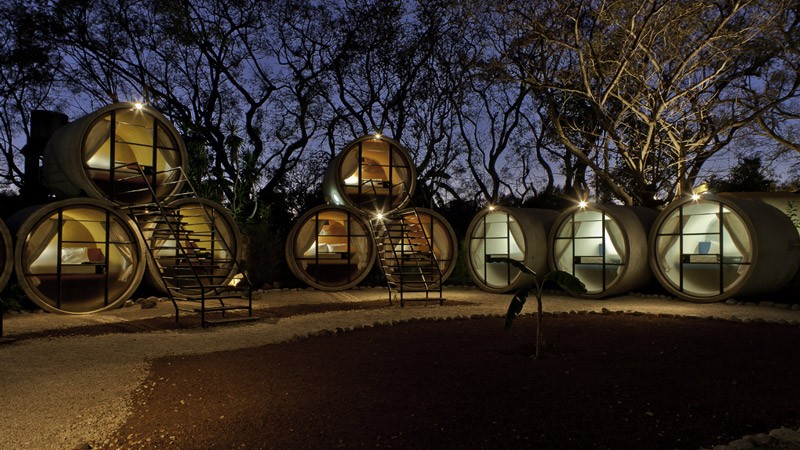 Building a hotel is usually a huge project. It takes a lot of time, loads of money and it usually changes the environment dramatically. Well, not TuboHotel by Mexican Architectecs T3arc. The entire construction was completed in just three months, it was amazingly cheap for a hotel and it actually improved the look of the area and all this was done using recycled concrete tubes that actually look warm and inviting – not something you would expect from concrete tubes.

The TuboHotel is placed in Tepoztlan, Mexico in one of the most famous tourist destinations, very close to the capital. The tube rooms is not a new idea. It was used in other constructions – such as DasPark Hotel – but here they actually did not impede the rest of the site that is known for magnificent panoramic views of the mountain range called Sierra del Tepozteco. 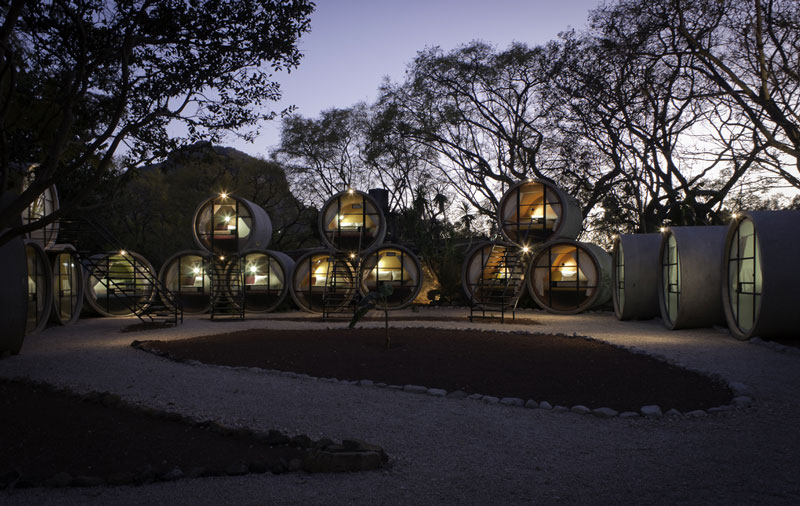 Now, concrete is not known as the most eco friendly material, so recycling it is a great idea. Each tube features a queen size bed and a glass door enabling you to enjoy the surrounding area, but also some curtains should you wish to have some privacy, or protect yourself from the sun in the morning.

In order to reduce the area occupied by the hotel, the designers decided to stack the rooms in clusters of three, with the two bottom ones supporting the top one, thus creating a rounded triangle. The top tube is accessed using a set of stairs that are designed in such a way that they block the view from the lower tubes as little as possible.

The TuboHotel is a hotel that was easy to build and that does not reduce the beauty of the surrounding area, to the point of placing the tubes in a manner that depends on the topography rather than adapting it to the designers needs. 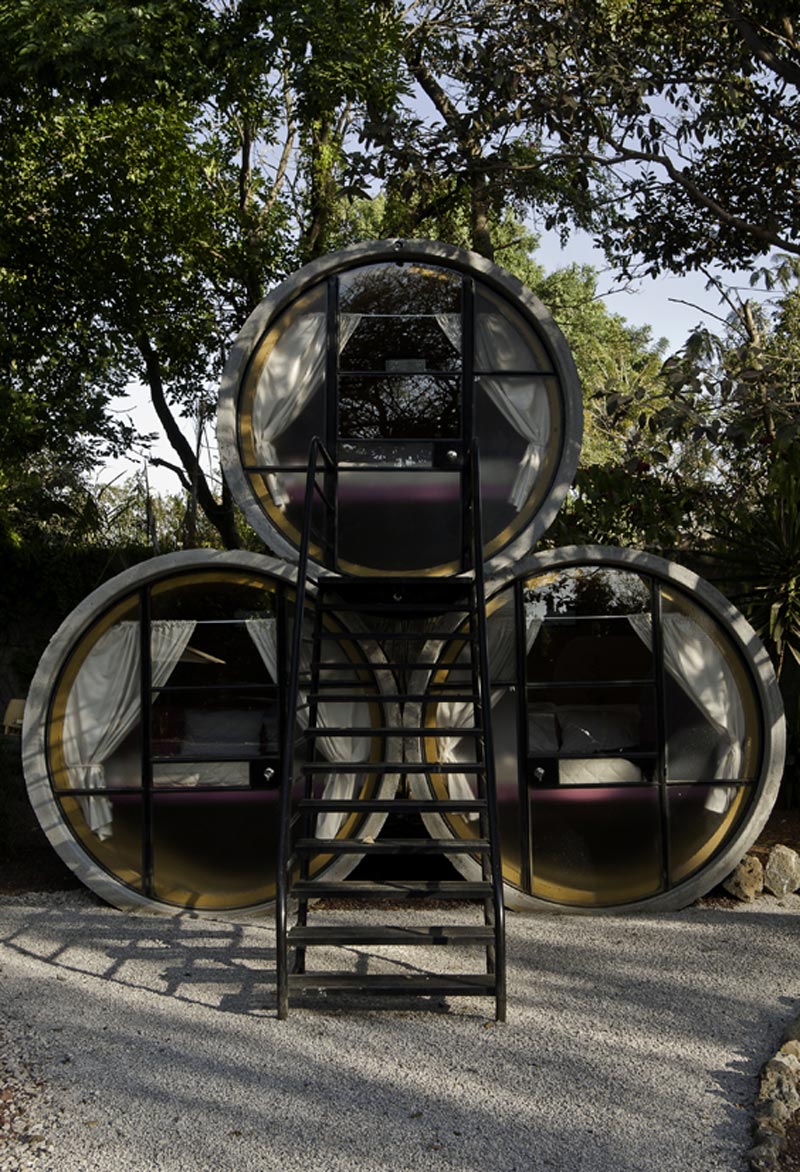 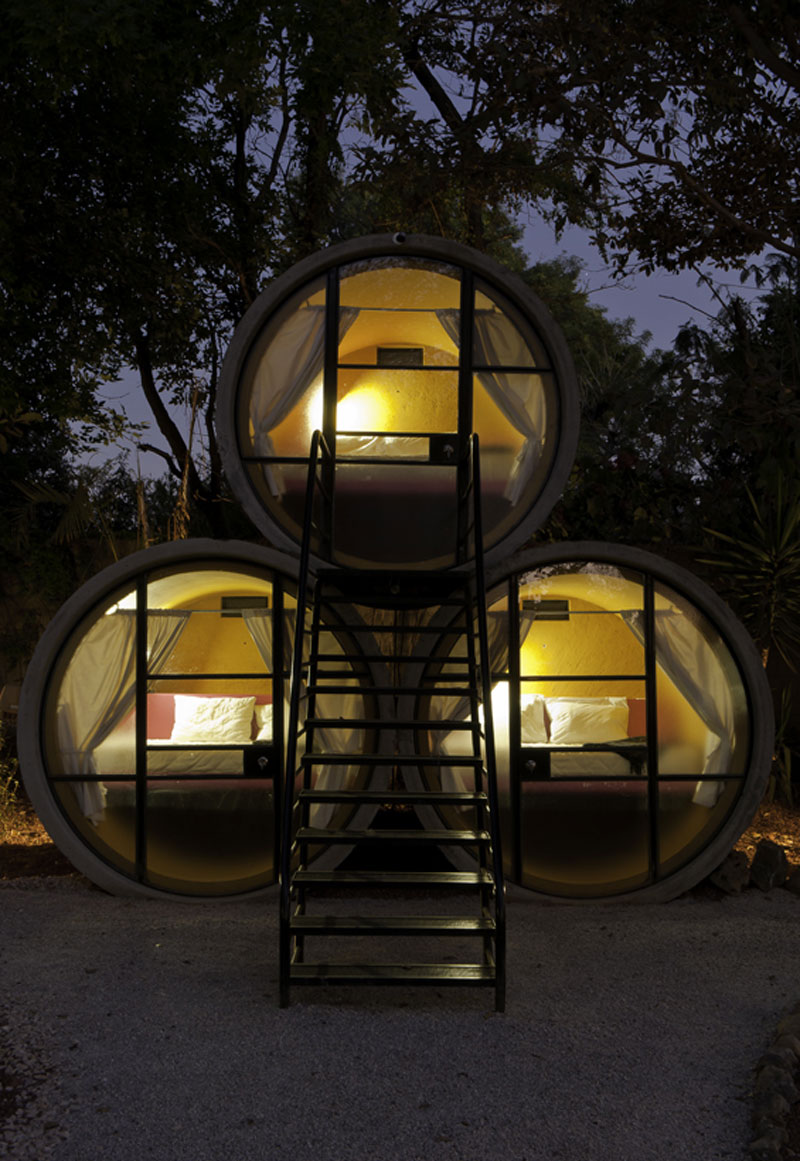 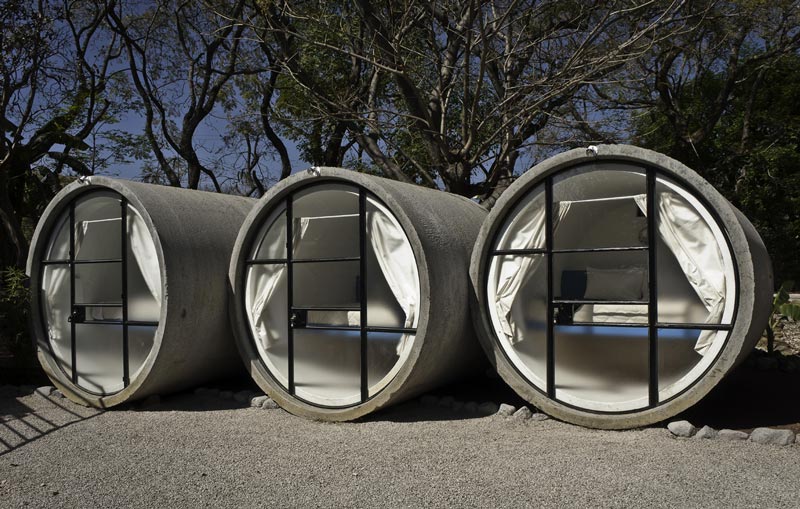 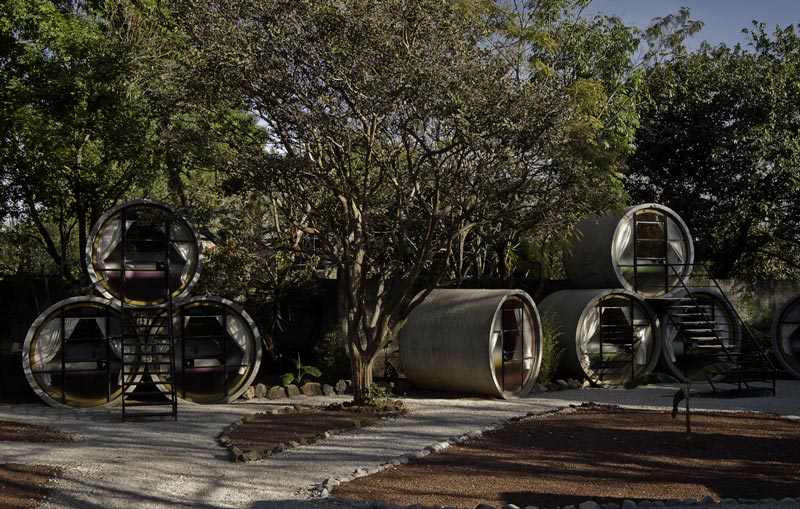 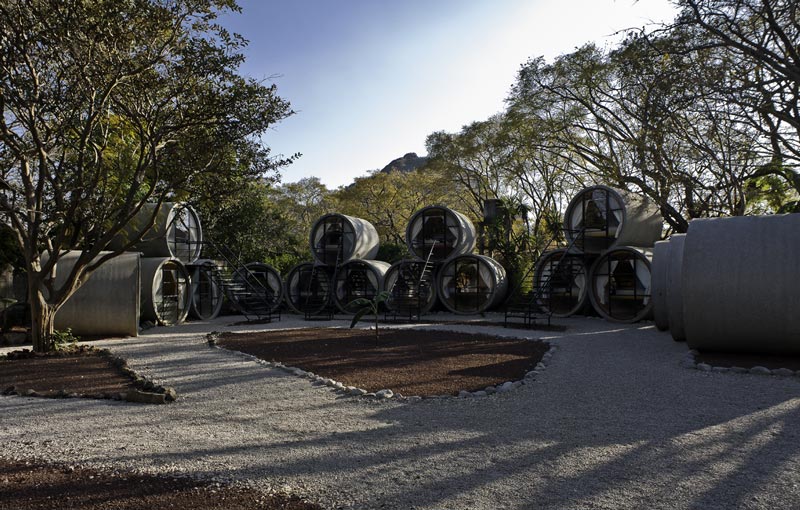 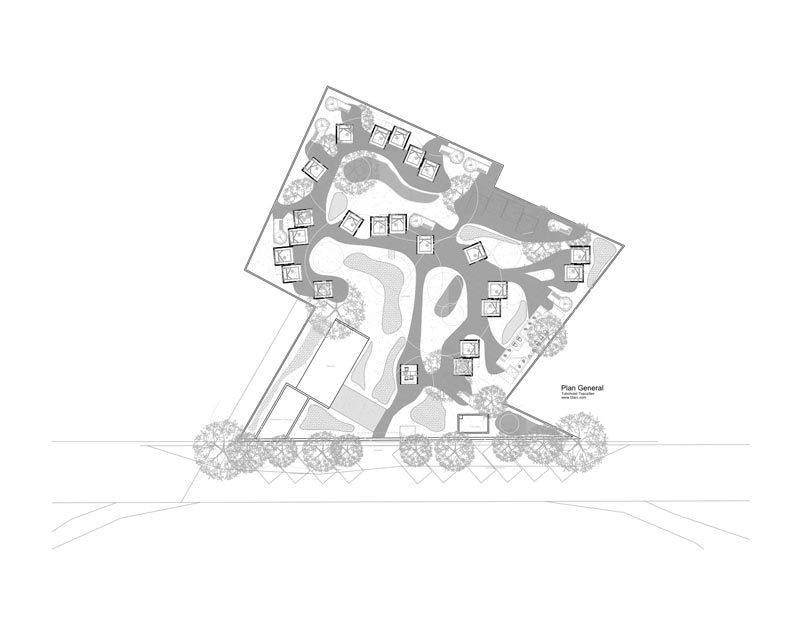