GoPro cameras are one of the most useful tools for creating awesome underwater footage on its own, but when coupled with other devices, the GoPro turns into something completely different. TTRobotix, a company which manufactures drones and other remote controlled vehicles, have decided to make a ROV (remotely operated underwater vehicle) called TTR-SB Seawolf, which utilizes the video capturing capabilities of the GoPro action cameras and the maneuverability of a small submarine. The guys from TTRobotix recommend the GoPro Hero 4 as the best choice for their ROV, but the mount on it supports other GoPro models as well, so you should’t worry about that too much. The emphasis here lies solely on what a portable submarine brings to the table.

Features of the TTR-SB Seawolf 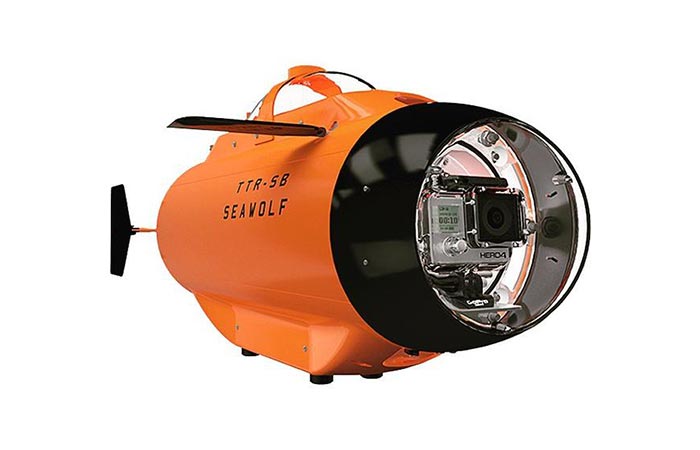 Capable of achieving speed of up to 1.8 knots, this small submarine can help you make spectacular underwater footage

There are three different models of the TTR-SB Seawolf and we are first going to introduce you to the features which are common for all three of them. First of all, all three models are ready to run as soon as you get one as there is no long setup process involved. Along with the aforementioned GoPro mounts, the Seawolf also has a high-impact ABS hull and the ability to achieve speeds of up to 1.8 knots (3.3km/h). Included in the package is also the remote controller with an 8″ display with LED backlight. 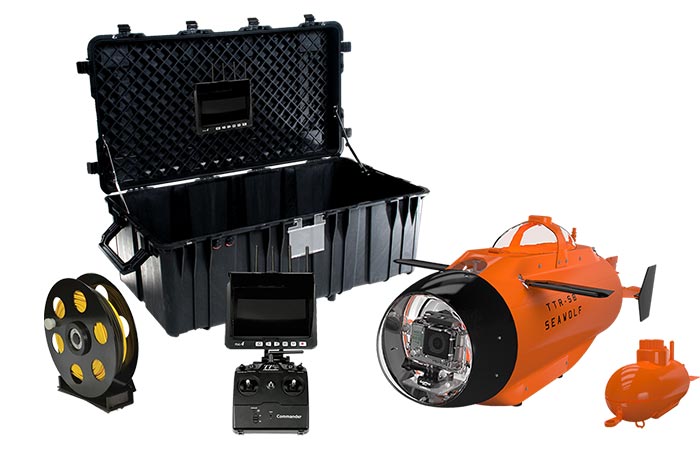 Depending on the model, the Seawolf can be wireless and it can come with a 30 m long cable

This is where the models start to differ. The 5222-F13 model of the Seawolf uses a 30 meter long cable and tether wheel in order to control it while the other two models have a wireless control option made possible with a mini surface boat connected to the Seawolf. The two wireless models also have features specific for them. The 5222-F11 transmits the video stream directly to your phone while the 5222-F12 uses a Bascom D4 controller. The reason behind these differences in connectivity lie in the issues which salt water causes by absorbing radio signals, so for salt water explorations, the 5222-F13 should be your pick.

Capabilities of the TTR-SB Seawolf 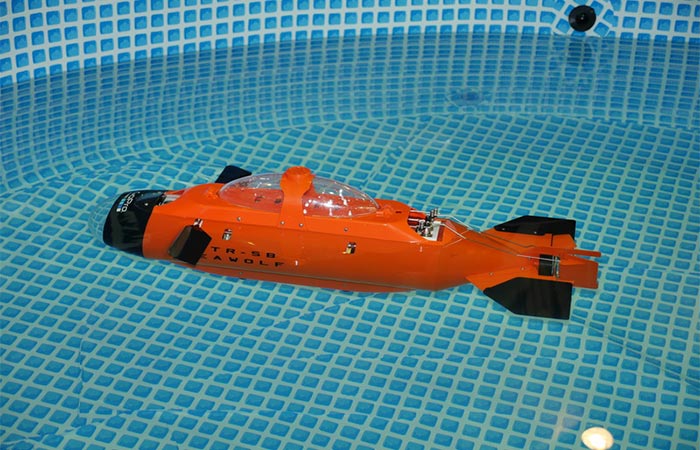 The maximum depth this submarine can achieve is 10 meters

The Seawolf is capable of going as deep as 10 meters in order to provide you with the most spectacular underwater footage. With its built-in 5.000 mAh battery, you can keep it running for about an hour which is a fair amount of time for underwater explorations. The high-impact ABS hull is there to make sure that no harm comes to it and your GoPro so in case you slam it into a rock, there should be no damage done.

TTR-SB Seawolf is going to be available for purchase in August this year and its small size and light weight allow you to move it around without an issue. This piece of aquatic equipment can be used for professional documentary film making, but it can also be used for making fun videos on your vacation. [via]

Check out this short video presentation of the Seawolf from this year’s CES.