There is nothing better when motorcycle designers look for inspiration in places which has a specific fan base in order to bring an amazing creation to life. This is the case with the Triumph Bonneville Venom, a one of a kind bike which was made to pay homage to the latest game in the Metal Gear Solid franchise, Metal Gear Solid V: The Phantom Pain. This bike is based on the Bonneville T100, a classic Triumph motorcycle, which the main character in the game uses. The Venom version looks a lot different and goes for a more military orientated look than the original model. The most noticeable change is the wheels of this bike, as they were custom made, and the addition of Continental TKC80 tires which will let you go pretty much anywhere with the Venom. 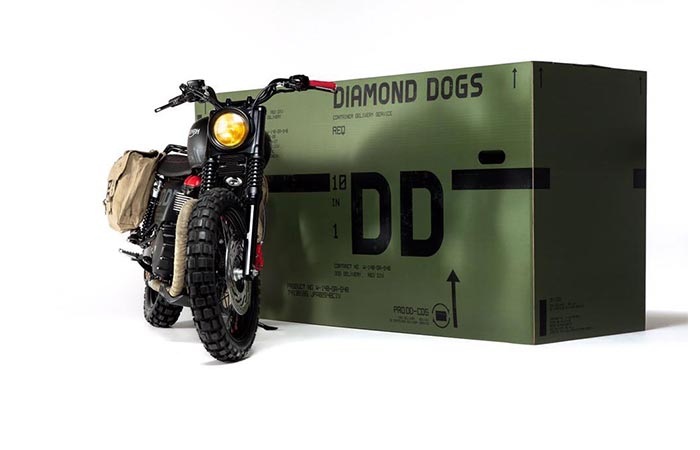 Several other distinctive features were added such as the yellowed-out JVB Rumbler headlight and heavy duty ammo rack loops at the end of the bike which further enhance the entire military theme. The appearance of the main character’s combat wear in the game has inspired the neoprene and carbon Kevlar leather saddle. All of the newly added details and color change really makes the Venom a unique motorcycle. 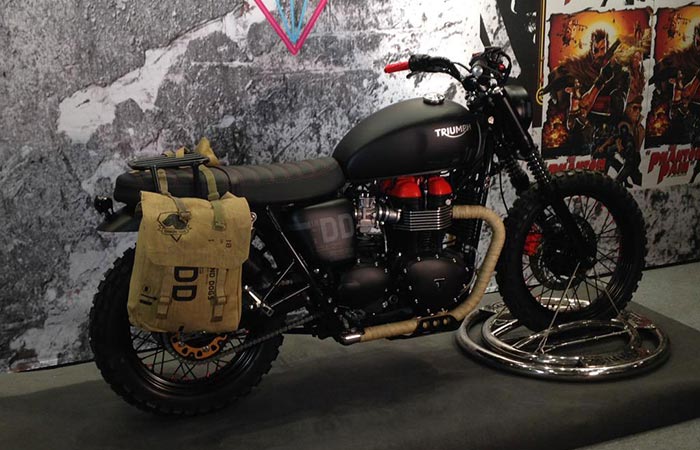 Although no mention was made about the engine which makes this awesome bike run, it wouldn’t be bad even if it remained the same as with the Bonneville T100. Powered by a 865cc parallel twin engine which puts out a decent 68 PS, the Bonneville T100 can achieve 68 Nm of torque at its peak. Combine this engine with the Venom, you can have a ride that both looks amazing and provides decent speed. 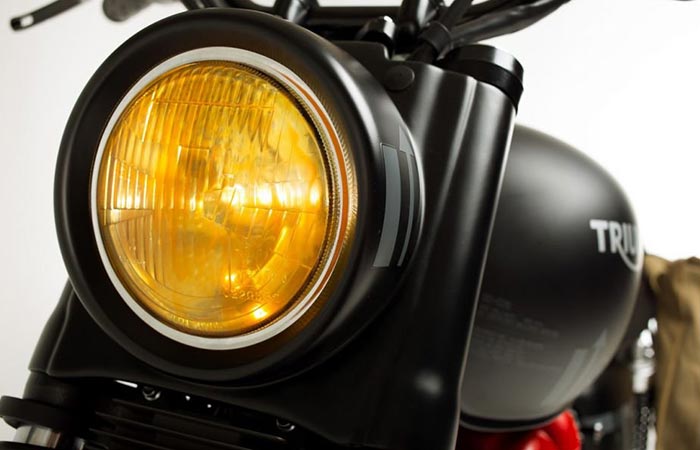 Along with many other new design features, the Venom has a yellowed-out headlight

As it was made as a part of a promotional stunt, it is unknown whether more of these will be made. Potential buyers will have to remain patient for now, but we hope that a bike which is well-designed as this will be available at least in a limited number. [via]

Check out the unveiling of the Triumph Bonneville Venom at the MMC London Comic Con.