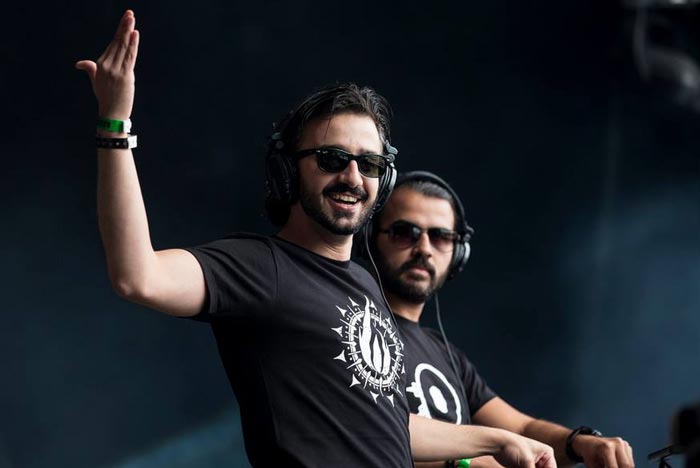 Straight from Montreal, Canada comes Eagle I Stallian a talented duo of energetic musicians who, backed by their 10 year long experience in the music business, are here to take over the world with their tracks. Varti Deuchoghlian (Eagle I) and Rafi Bogharian (Stallian) have been involved in the music scene for quite some time now and they decided to bring their heavy rock experience to the world of electronic dance music. Varti (Eagle I) is a renowned guitar player and has been a music producer for over a decade, composing a large number of metal and hard rock tracks for various instruments which in turn helped him refine his skills. Rafi (Stallian) was a singer and, just like Varti, a producer before deciding to his musical expertise in the genre of electronic dance music. Together they form a team of energetic musicians who, led by their ambition and professionalism, thrive to bring timeless tracks to their audience and to never settle with a “flavor of the week” mentality which is evident from their successes in the EDM scene.

They have performed recently on the main stage of Montreal’s Ile Soniq Festival in August of 2014, side by side with some of the most popular performers today: Tiesto, Dillon Francis, Bingo Players and Laidback Luke. Their 6th record “Griffintown (I Need You)” (which you can check out below) has been supported by EDM.com and featured on Virgin Radio. The music which they make is an energetic combination of  Trance/Progressive House and tribal percussions. Eagle I Stallian derive their inspiration from the best rock, metal, electronic and even classical musicians, such as: In Flames, Arch Enemy, Metallica, Swedish House Mafia, Sunnery James & Ryan Marciano, Tiesto, Dirty South, Axwell, Muse, Hans Zimmer, John Williams and Mark Isham. Apart from being entranced by the club scene and music genre which it has led them to, the duo work on their weekly podcast called “Welcome to Our House” which you can check out here. This duo has a lot of new releases coming out this year so keep a close eye on them to see what they will have in store for us next. 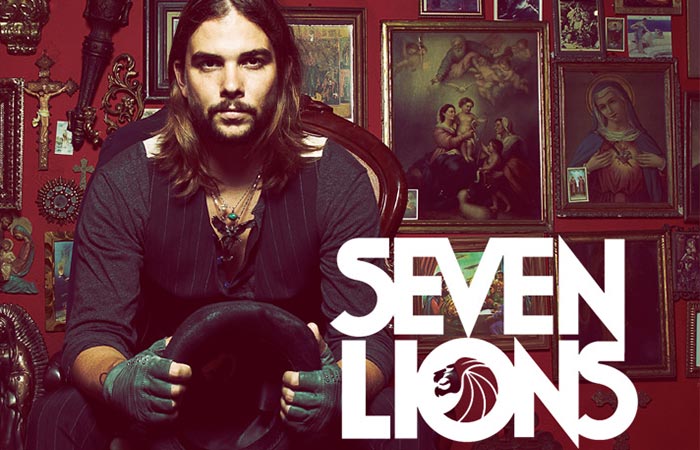 Jeff Montalvo, known professionally as Seven Lions, is an American record producer, remixer and DJ. His first significant work under the name Seven Lions was the remix of “You Got to Go” by Above and Beyond. Following his success with this remix, he has continued to entrance his audience which is evident from the high ranking of his debut EP titled “Polarize” released in early 2012. In October of the same year he released his second EP, “Days to Come” which was also well received by the audience. His third EP titled “Worlds Apart”, released last year in April, is much more experimental than his previous work and Seven Lions has stated that he decided to focus more on songwriting than pure dance floor aggression on this one.

Seven Lions combined various genres on this EP implementing elements of trance, dubstep and electro accompanied by progressive house vocals. The five tracks of this EP , “Don’t Leave” with Ellie Goulding, “Worlds Apart” and “Keep it Close” with Kerli, “Nepenthe” and “Strangers”, have ranked high with “Don’t Leave” ranking highest and finding its place on the UK Singles Chart. As for his style, Seven Lions mainly produces dubstep with a heavy trance influence. When it comes to his personal taste in music he has stated that he doesn’t regularly listen to electronic music as his favorite music genre is metal and favorite band Opeth. Nevertheless, Seven Lions has become quite known for his achievements and hard work in the EDM scene which is evident from his desire to continue doing what he does. His latest EP titled “The Throes of Winter” was released on March 3rd under Casablanca Records and features six tracks (you can check out “Lose Myself” feat. Lynn Gun below). 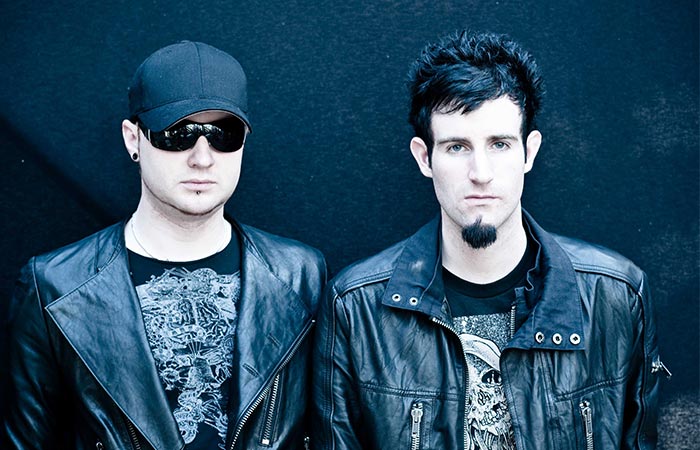 A lot of people, even the ones remotely familiar with the EDM scene, know about this amazing duo. Knife Party was started as a side project by Pendulum’s Rob Swire and Gareth McGrillen and soon transitioned into their main project. The duo have been collaborating on various projects even before founding Pendulum but it was only after that that they started dominating charts all over the world. With the inception of Knife Party, Swire and McGrillen have moved away from their drum and bass project Pendulum with currently no interest of releasing anything under that name much to the disappointment of their fans. However, Knife Party has become bigger than they could have imagined. With the release of “Antidote”, a crossover track in which they collaborated with Swedish House Mafia, they have been they have received widespread critical acclaim and they didn’t stop there. During the same year, they followed up their already very popular debut EP “100% No Modern Talking” with another one titled “Rage Valley”.

The four tracks which were featured on this EP soon flooded domestic and overseas charts, with the track “Bonfire” proving to be the most listened one, even being used in an episode of the TV series “Breaking Bad”. It is amazing that their streak of success didn’t end there as they continued their live performances and recordings. Their third EP “Haunted House” was also a hit, ranking extremely well on charts all over the world. Their latest achievement, in an already long list of them, is the release of their debut studio album under the Knife Party name. “Abandon Ship” features 12 tracks and the first single titled “Resistance” was available as a free download on their website and received over 20.000 downloads over the course of one day. Knife Party has firmly set its place in the EMD scene because not many musicians can achieve what this duo has over a period of only four years. Whether you are familiar with their work or not, I strongly encourage you to check out their LP “Abandon Ship” below as it is free to stream on Soundcloud. 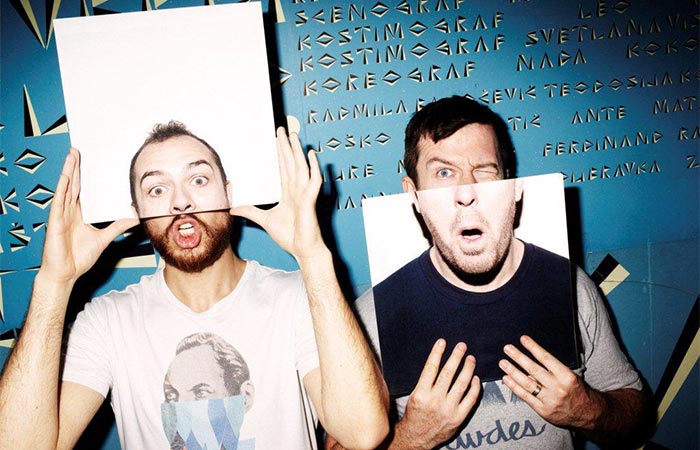 The best DJ duo from down under, The Aston Shuffle (Mikah Freeman – right and Vance Musgrove – left)

Australia has blessed us with another extremely successful house music duo. The Aston Shuffle is made up by DJs and producers Mikah Freeman and Vance Musgrove and the two of them have established themselves as prominent musicians in this scene a while ago. With a long list of well-received remixes and singles, The Aston Shuffle has been featured many times on Ministry of Sound compilations. Apart from regularly doing live shows and juggling a large number of remix requests, the duo hosts a weekly show called Friday Night Shuffle on triple j which has a really large audience. The fellas of The Aston Shuffle are hard workers to say the least but their love for what they do makes them work through everything.

One of their greatest achievements was the release of their debut album titled “Seventeen Past Midnight” in 2011 which has met widespread praise and ranked at the top of Australia’s charts. Their desire to create music which can be a part of their fans’ permanent collection made them push even harder. The result of this desire is their second studio album on which they have worked for much longer than initially planned. Nevertheless, this album has fared even better than their first one, with extremely popular singles like “Can’t Stop Now”, “Comfortable” feat.Will Heard, “Tear it Down” and “Never Take it Away” feat. Mayer Hawthorne. In the spirit of The Aston Shuffles love and appreciation towards hip hop, check out their remix of Truffle Butter by Nicki Minaj feat. Drake and Lil Wayne below. 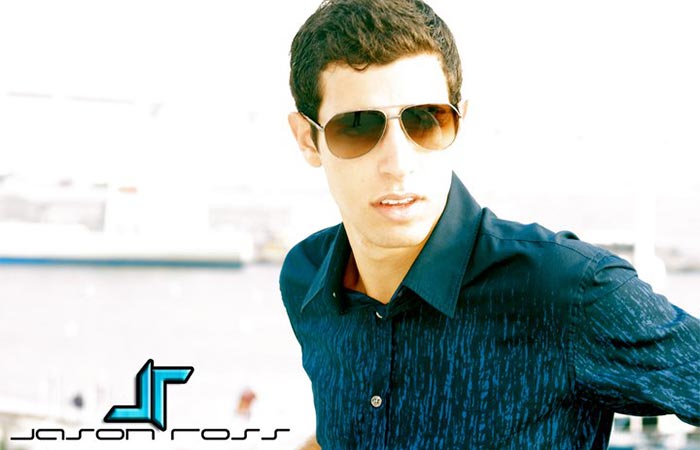 The DJ with a bright future ahead of him, Jason Ross

Last but not the least, Jason Ross may not have a fancy stage name like some performers but he makes it up with his talent and his trademark progressive trance sound. Jason Ross’ work stands in high opinion with his label owners Above & Beyond as well as household names like Armin Van Buuren, Avicii, Mat Zo, Markus Schultz and Fedde Le Grande. After releasing the track “Burma” under the Monster Tunes label, Jason Ross entered the Beatport Top 10 Progressive House chart his achievements continued when he joined Anjunabeats and released a remix of Parker & Hansen’s “Gravity”. His live performance is not something to be underestimated either as his thoughtful track selection and energetic stage presence makes him a force to be reckoned with. After playing alongside headliners like Tiesto and Avicii and trance legends like Ferry Corsten and Markus Schulz he has been able to master the art of reading crowds and managing to leave them in awe. Jason Ross has a bright future ahead of him and with plans to keep releasing new tracks we have yet to see what this man is capable of. Check out his track “Cairo” below.