This year is definitely a good year when it comes to movies. Many sequels of our all-time favorites, many amazing Sci-Fi, Action and Thriller movies – all in all, lots of choices to make a quiet Saturday evening more interesting. This time we are bringing you a list of movies you just cannot miss, sorted by the date they came out (or will come out), so you can check those that you have already seen and plan the rest of the year in order to see the ones that you didn’t. 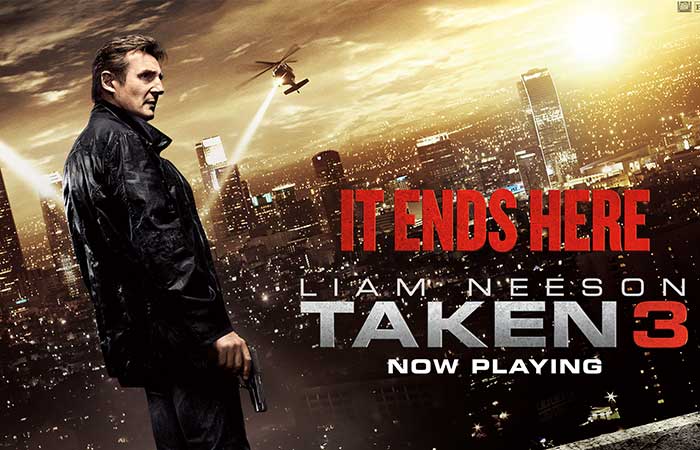 In the final part of the Taken trilogy, Taken 3 (or TAK3N), Liam Neeson returns once again as an ex-government operative Bryan Mills. This time, again, he faces a threat to his family, as well as the death of a family member. The movie starts idyllically, when Bryan and his ex-wife decide to reconcile, but soon everything turns upside down when he finds her dead in his own bedroom. He is accused of the murder he neither witnessed or committed and has to run from the police, FBI and CIA.

While trying to save his pregnant daughter from the people who actually committed the crime, he uses his “very particular set of skills” to try to track down the real killers. Some say that it is now the right time to end the franchise and that it is losing its IT factor, while IMDB rated it 6.0. If nothing else, the action thriller puts an end to the story we have been following since 2008 and we can definitely say they are going out with a bang. 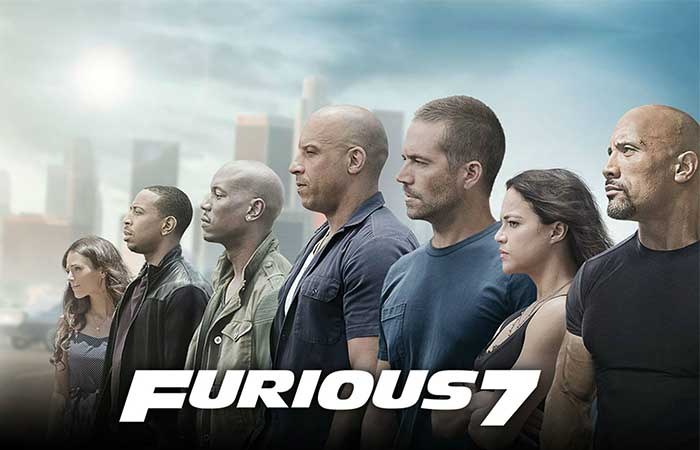 After the tragic death of one of the Fast and Furious franchise stars Paul Walker, the future of this movie was uncertain. There were some unfinished scenes and for some time the directors couldn’t decide whether to just scrap the movie or try to finish them somehow. In the end, with help from the actor’s brothers Cody and Caleb and computer-generated imagery (CGI), the movie was brought to an end and the directors dedicated it to their deceased friend.

When it comes to the plot of the movie, we are going to quote Roman (Tyrese Gibson): “This right here takes crazy to a whole ‘nother level.” You’re going to see lots of explosions, special effects, flying cars, fights… well, all in all, a lot of fast and furious. The well-known characters featured by Vin Diesel, Paul Walker (and his brothers) and Dwayne Johnson, along with lots of new characters and some who return from previous sequels of the franchise will bring tons of excitement in the newest thriller. The sequel, Fast 8 is expected to come out in 2017, so hold your breaths. 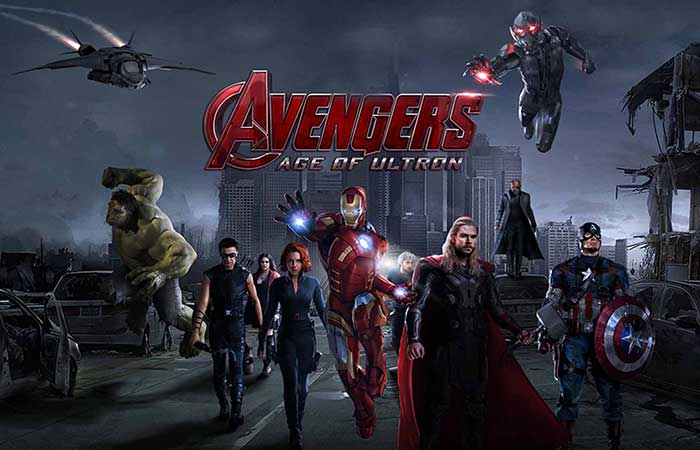 Another sequel on our list, and what a great one! After the great success of The Avengers, this movie brings back our favorite Marvel comics characters: Iron Man (Robert Downey Jr.), Captain America (Chris Evans), Thor (Chris Hemsworth), The Incredible Hulk (Mark Ruffalo), Black Widow (Scarlett Johansson) and Hawkeye (Jeremy Renner) in another battle to save the Earth from a vicious villain.

Everything happens because Tony Stark started to jumpstart a dormant peacekeeping program called Ultron, but instead created an artificial intelligence that believes that the only way to maintain peace is to kill all humans on the planet. Now the Earth’s Mightiest Heroes must fight Ultron (James Spader) in order to restore clean up the mess they made. You’ll watch this one in one breath – the storyline, as well as the crew and the effects will leave you stunned. 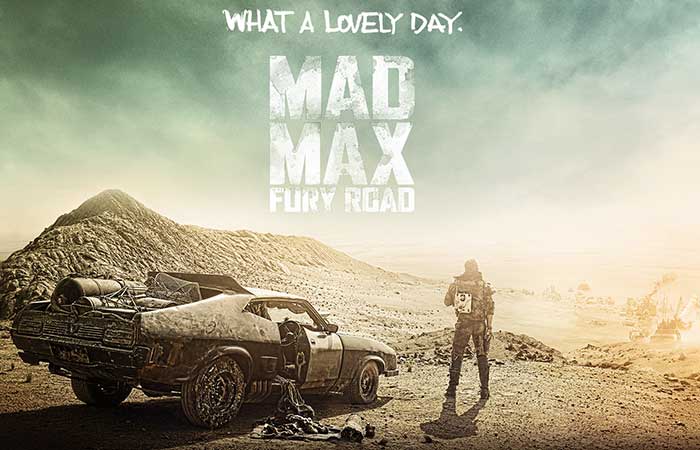 The fourth part of the Mad Max series comes out 36 years after the first movie and 30 years after the previous one, bringing the franchise back to life when it was least expected. In the previous movie, the main character was played by Mel Gibson, but this time a new star takes this part and we must say that he did the role amazingly.

The newest post-apocalyptic action-adventure-sci fi film revolves around Max Rockatansky (Tom Hardy), a police officer in Australia, and Imperator Furiosa (Charlize Theron), as they fight the tyrannical ruler of their land. Since the time difference between its prequel and Fury Road is so big, you can expect a much different experience. Other than the new main actor, there will be lots of special effects, plot twists and breathtaking sceneries. 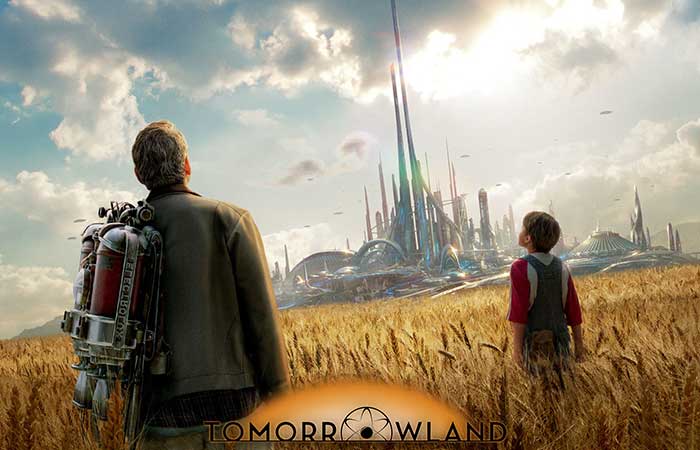 George Clooney and Britt Robinson are the stars of this futuristic adventure called Tomorrowland. It is a science fiction film like nothing you have ever seen before and you will want to watch it over and over again and discover more of its secrets every time.

In this movie you will be able to see Brad Bird’s vision of a land of tomorrow and Clooney’s and Robinson’s interpretations of Frank Walker and Casey Newton. Frank, a former boy inventor and Casey, a girl in love with science, will take you for a walk through Tomorrowland, a place that only the two of them know how to access, and unveil its secrets. What they do while they are there will change today’s world – and the main characters – forever. 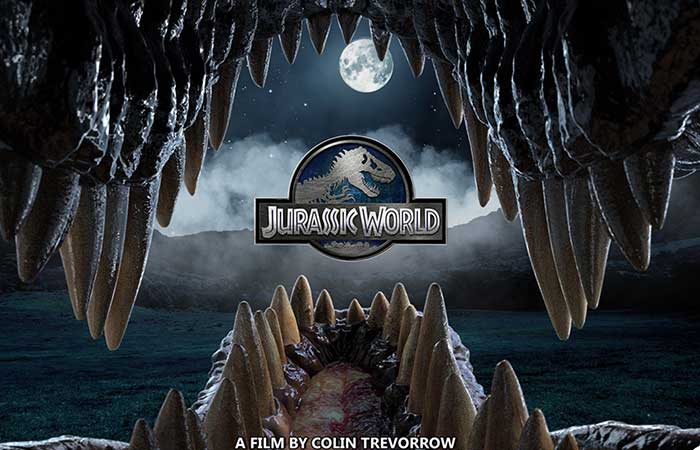 After first being scheduled to be released in 2005, this movie was delayed who-knows-how-many times, but now it’s finally here. The fourth part of the Jurassic Park series has finally hit the big screen, 14 years after Jurassic Park III. And it was definitely worth the wait.

The plot is – you are guessing – at a new amusement park called Jurassic World. It is built in the same place where the original Jurassic Park was, but this time it seems to be working perfectly… at the beginning at least. Brothers Zach (Nick Robinson) and Gray (Ty Simpkins) Mitchell come here to visit their aunt, Claire Dearing (Bryce Dallas Howard), and about that time everything goes wrong. There is a new attraction at the park – a genetically modified dinosaur called Indominus rex… and it runs away. Owen Grady (Chris Pratt), one of the park’s employees, joins the brothers and their aunt in an attempt to either kill the beast or run far enough… 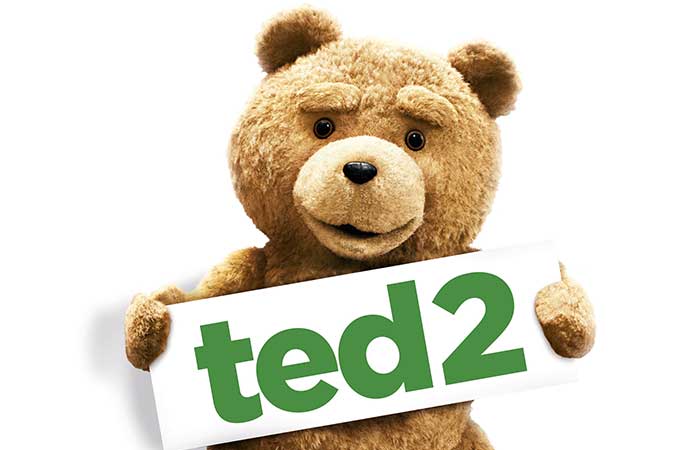 Well, if you didn’t love the first movie, Ted… it’s probably because you haven’t seen it. The second part picks up where the first one left off, bringing back the fun, comedy and entertainment.

After being happily married to Tami-Lynn (Jessica Barth), Ted (Seth McFarlane) the talking teddy bear has a wonderful life with her and then – they decide to have a baby. Ted’s best (human) friend John (Mark Wahlberg) agrees to be their sperm donor, but the government doesn’t think this is legal. Ted has to prove that he is a person in the court of law, and he hires a lawyer Samantha (Amanda Seyfried) to help him. Get ready for almost two hours of rolling on floor laughing. 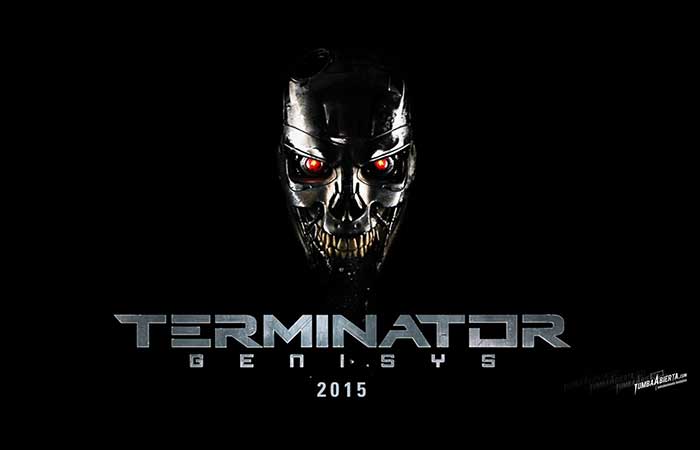 Like we mentioned before, this is the year of sequels, and this is the newest part of everyone’s favorite Arnold Schwarzenegger movie – The Terminator. You can expect it to be filled, just like all its prequels, with lots of action, shooting, bombs and so on. But there’s also something that makes this one different.

The idea behind this movie is that Sarah Connor’s (Emilia Clarke) son John Connor (Jason Clarke) from the future sends one of his sergeants, Kyle Reese (Jai Courtney) back to the past to save his mother. Just, she has already been saved by the Guardian (Arnold Schwarzenegger). It turns out that some kind of a fractured timeline has been created and sergeant arrived in a past different than the one he was expecting. Still, Sarah and the Guardian will make an use of him – trying to stop the Judgment day. Hasta la vista, baby! 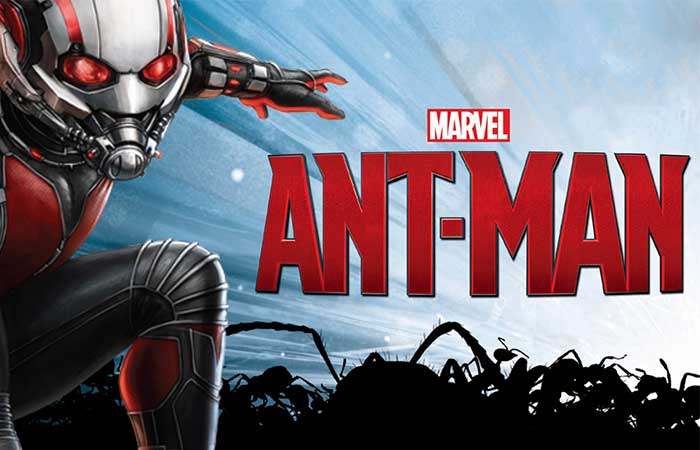 Heroes aren’t getting any bigger. True – we have all seen Iron Man, Superman, Spiderman and so on, but this superhero is super-different. You are going to watch in amazement as Ant-man does superhero-y stuff even though he is so tiny.

The secret of Ant-Man is in his suit – it gives him the ability to shrink to the size of an ant, but have the strength of a bullet. A former thief, Scott Lang (Paul Rudd), gets the opportunity to wear the suit and go from a criminal to a hero in order to help his mentor Dr. Hank Pym (Michael Douglas) pull off the biggest burglary of his life in order to – guess what – save the world. The story will amaze you because this hero is not an ordinary one in any way and… well, you’ll just have to see it to believe it.

And these are the ones you should wait upon… 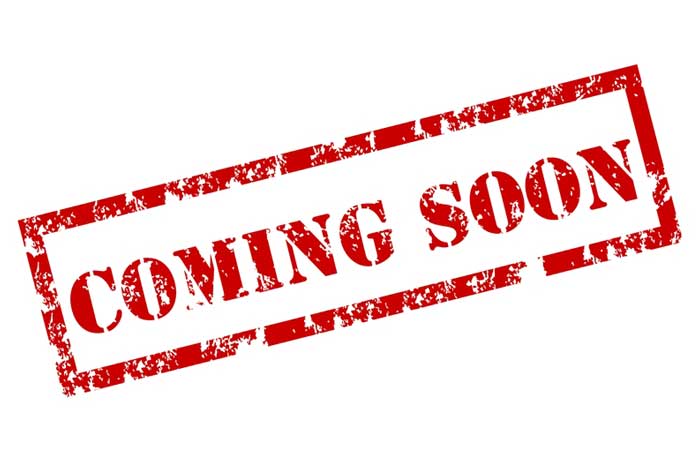 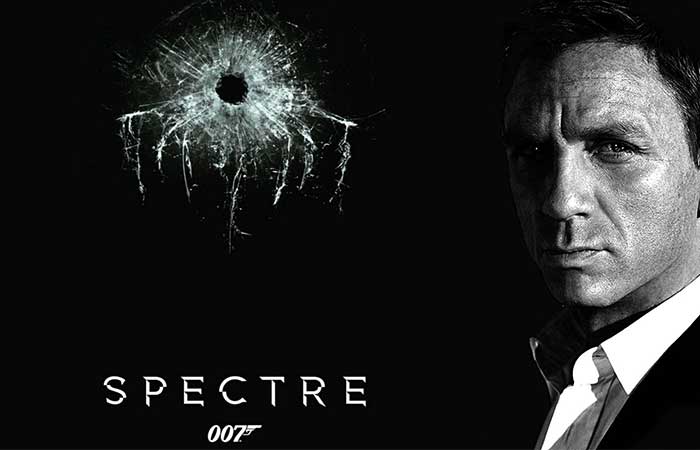 Craig, Daniel Craig is James Bond once more in the newest movie featuring the world’s most famous secret agent. One of the most awaited movies of the year is coming in less than a month and you should book your ticket at the local cinema as soon as possible. It is going to be something about a cryptic message from the past that sends Bond on a journey to find out more about a secret organization called Spectre. For the rest… wait until 6th November. It will be worth it. 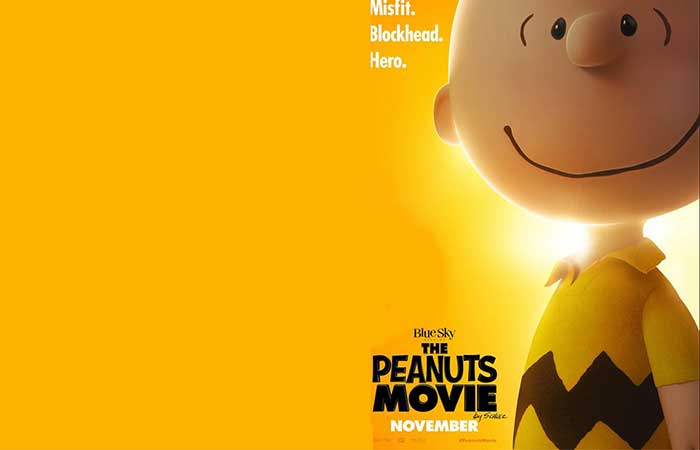 Release your inner kid and go watch a Snoopy movie – you know you want to. If you have read the Snoopy comics, you know you want to see the film. If you haven’t… where did you grow up? Wait just a little longer and you will be able to see Snoopy and his friends fighting their arch-nemesis. Your favorite characters Charley and Sally Brown, Lucy, Linus, Peppermint Patty, Violet and others will be waiting for you if you wait until the 6th of November. 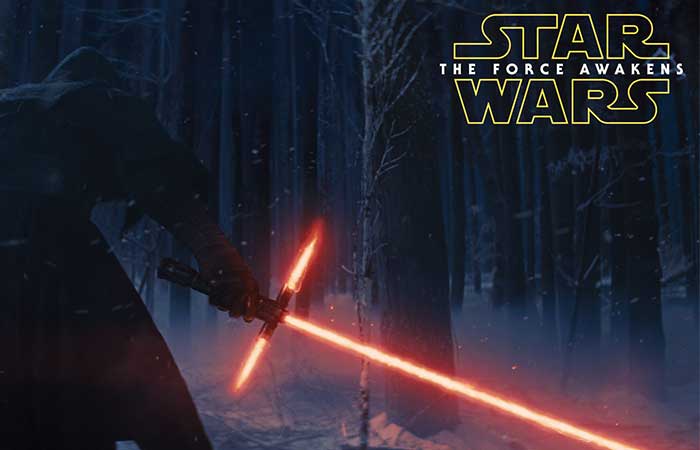 All Star Wars die-hard fans will be waiting in line in front of cinemas when the Episode VII arrives to the big screens. The story continues 30 years after the Episode VI after the Return of the Jedi. You can expect to see the Star Wars in a completely new light, but some things never change. Luke Skywalker (Mark Hamill), Leia (Carrie Fisher), R2-D2, The Stormtroopers and others will be with you on 18th December. Get ready to be blown away and overly-excited for days before and after the premiere.