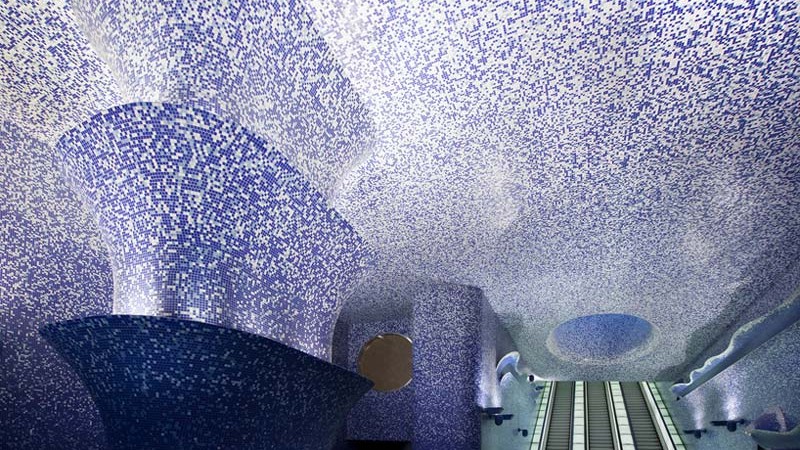 The Toledo Metro Station in Naples, Italy (Metro is subway in Italy) was opened in September 2012 after many delays, but the wait was worth it. The station was designed by the Catalan architect Oscar Tusquets Blanca and its main feature is the blue Bisazza mosaic which covers the walls and floors of the station giving you the feeling you are under water.

This wonderful project is a part of Napoli’s Metro Art Station Circuit which includes various installations by the best artists out there (such as Alessandro Mendini, Anish Kapoor, Gae Aulenti Jannis Kounellis, Karim Rashid, Michelangelo Pistoletto and Sol LeWitt among others) which turn these usually grim underground stations into lively and colorful pieces of art with their own character. 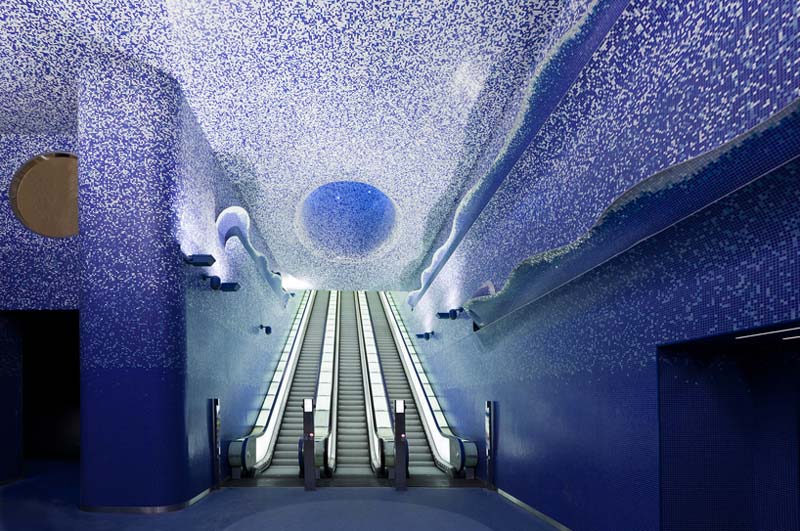 This particular one is on Via Toledo, which is one of the main shopping streets in Naples. The same architect also designed the public square above the station so that it would be in concordance with the artistic world under it. The station itself is one of the deepest in the line stretching to the ground for 50 meters, giving the architects the opportunity to play with light and colors complementing the depth through a wonderful play of blue shade tiles which are darker at the bottom and getting progressively lighter as the view moves to the ceiling. 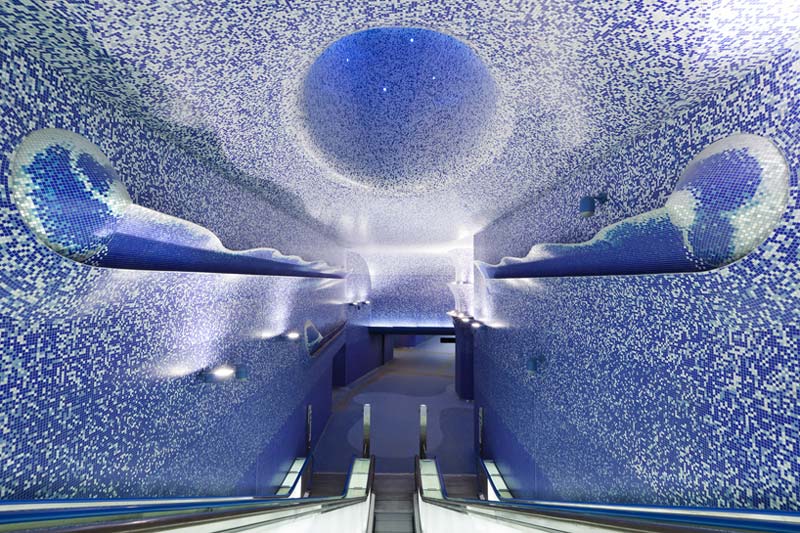 All of this is intended to make the visitors feel like they are under water and give them the sense of freedom, freshness and light that any claustrophobic underground station is bound to lack. So, if you ever find yourself in the wonderful city of Naples, make sure you check out this astonishing subway station project. watch video below 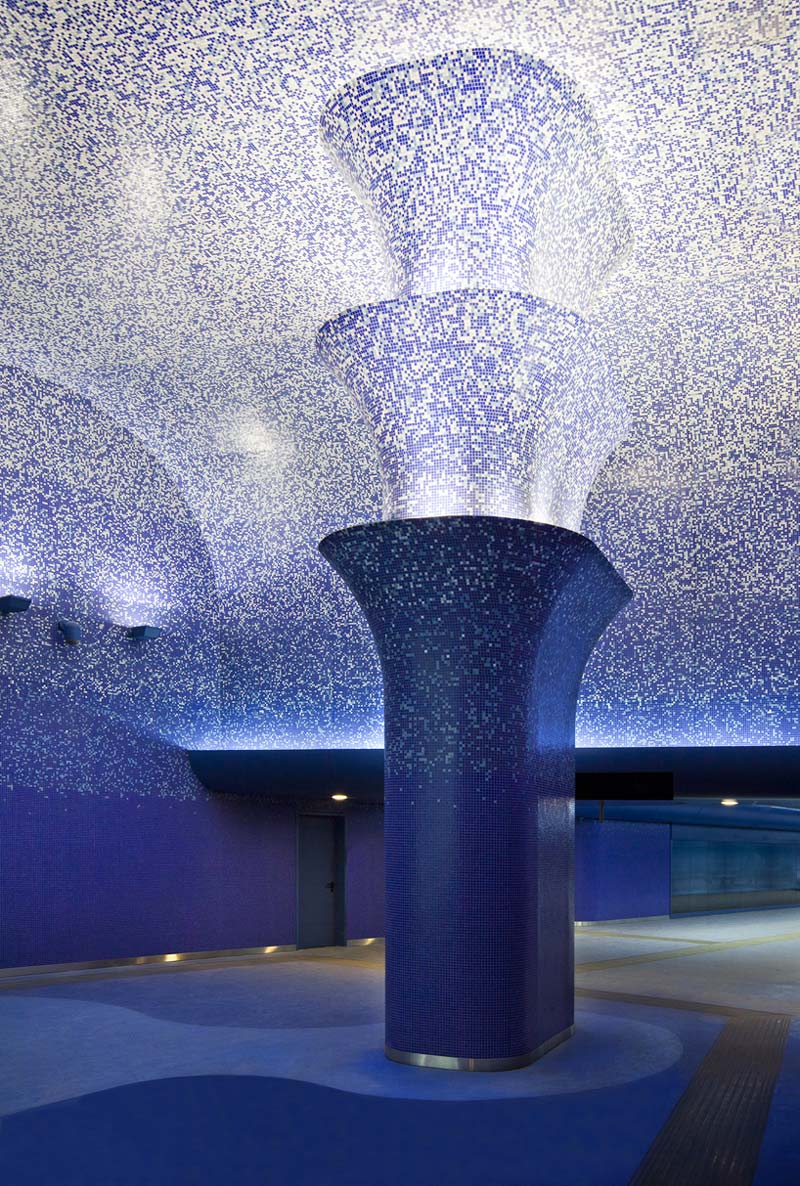 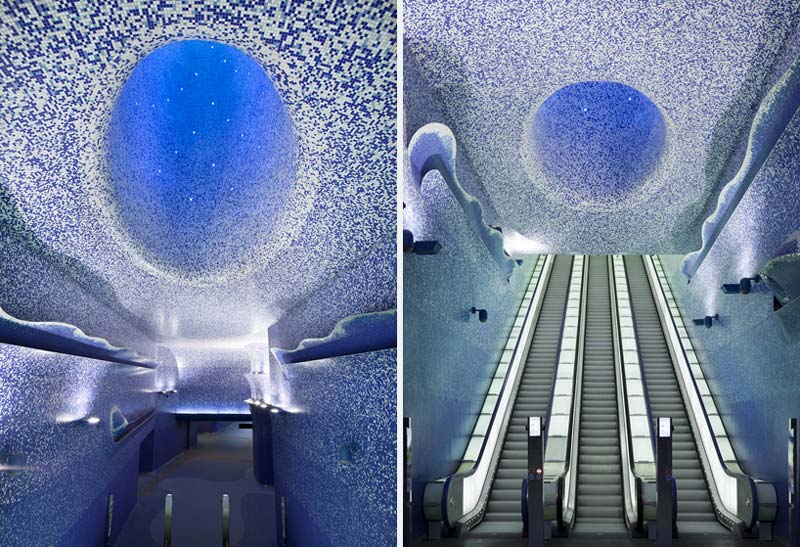 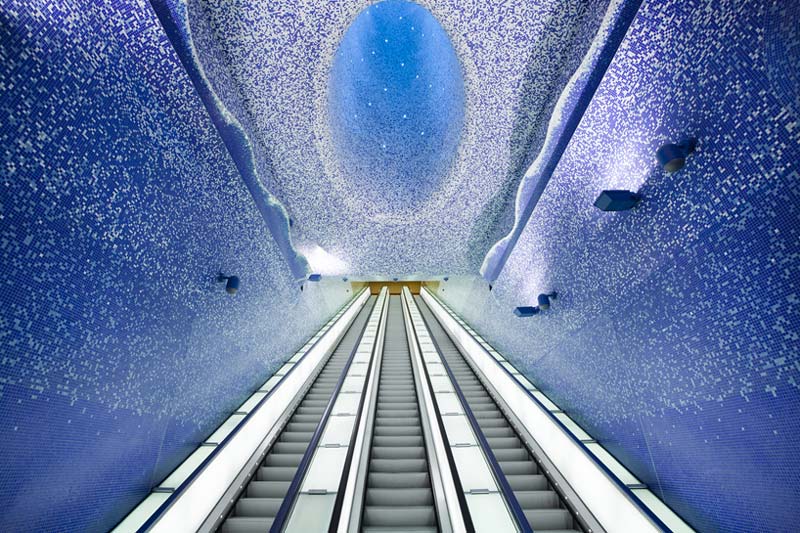 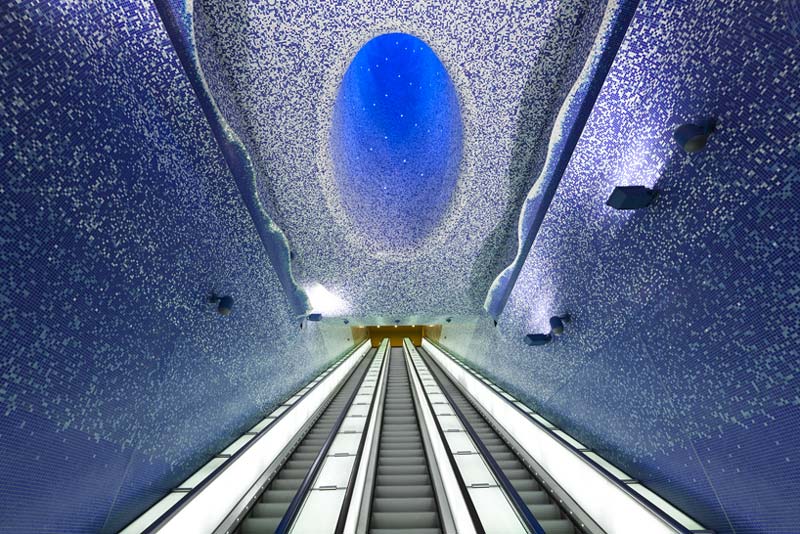