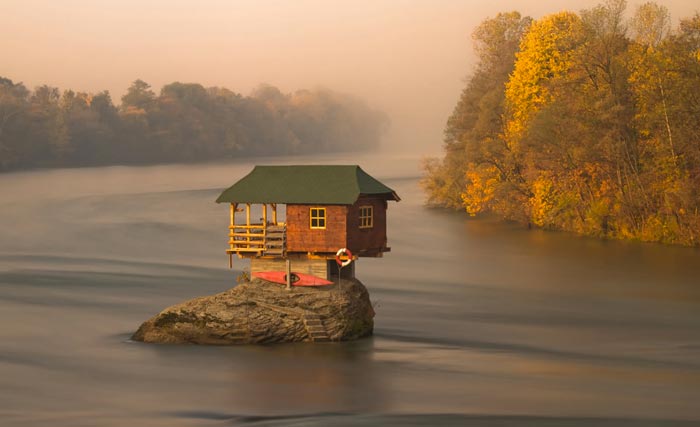 There are many iconic images of Serbia (including the harrowing war ones), but this image has made it to all brochures, video clips, and presentations of Serbia’s tourism potential – a tiny wooden house perched atop a rock, amidst the Drina River, near the charming little town of Bajina Basta and the magnificent Tara Mountain.

This 44-year-old hut comes with an interesting heart-warming story. In the summer of 1968, a group of adventurous boys chose this rock to sunbathe after a swim in the cold Drina. Of course, rocks are not the most comfortable or enjoyable places to sunbathe on, so these young explorers came up with an idea of using the wood left over from a nearby demolished shed, and turning it into makeshift sun loungers. However, in the autumn of the same year, the Drina, a quite capricious and fast river, swept the wood away. 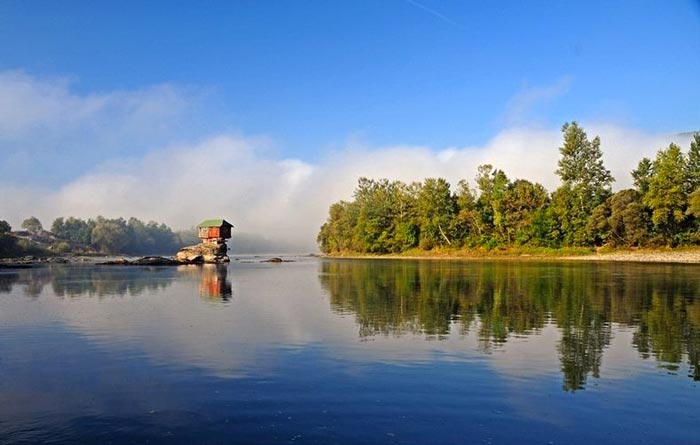 Next year, one of the boys 17-year-old Milija Mandic (nicknamed Gljiva – ‘mushroom’ in Serbian language), accompanied by his posse, took the initial idea of transforming the rock into a sunbathing spot a step further, and built a tiny wooden hut. They transported the construction material by their boats and kayaks, while the bigger pieces were simply lowered into the river which carried them to the rock. 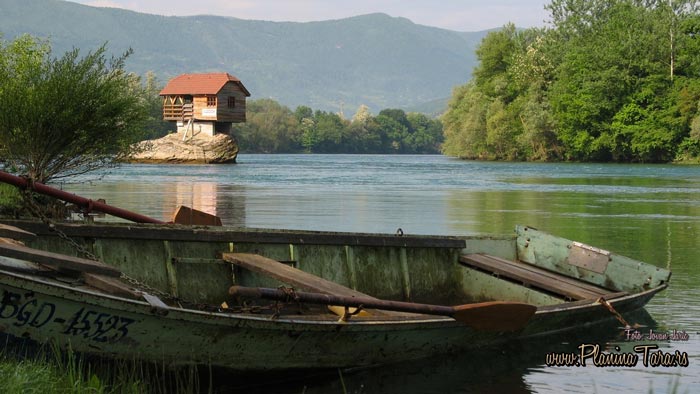 Soon after, the rock house became a real attraction among the locals, with many of them spending unforgettable moments there – swimming, sunbathing, having their first kiss…. However, the elements were not kind to the rock house. The river swept it away many times, but locals would have none of it. Each time the house floated away they would tow it back, or build a new one in its place. 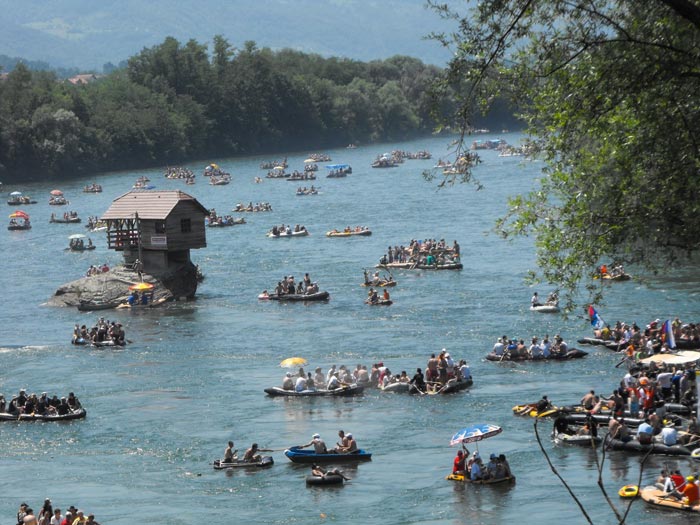 The go-getting spirit of these young boys inspired another event which began in 1980, and is still held every single year – the Drina Regatta. The Regatta is the most popular summer rafting event in Western Serbia. watch video below 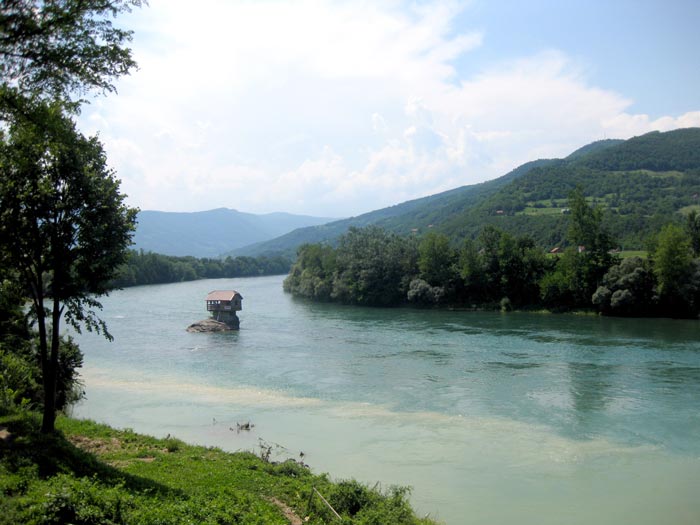