Despite being a vast country, with its ever growing population, urban China is busy running out of space. However, a Chinese elementary school called Tian Tai No.2 Primary School, located in the city of Taizhou, has come up with a brilliant solution for land shortage. Since the school was adamant on having an athletic track and there was no land to facilitate the idea, the decision was made to build one on the school’s roof. Thanks to LYCS Architecture studio, the dream has become reality.

Tian Tai No. 2 Primary School has an outdoor basketball, a 200-metre-loped running track and a 100-metre sprinting track, all situated on its roof. These facilities cover an area of approximately 3,000 square metres with the 200-metre-track taking up 40% of the surface. The architects say that the project “strives for a unique design that will serve as a model school which provides a beautiful environment for the cultivation of knowledge, culture, physical fitness, art and ethics for elementary school children.” 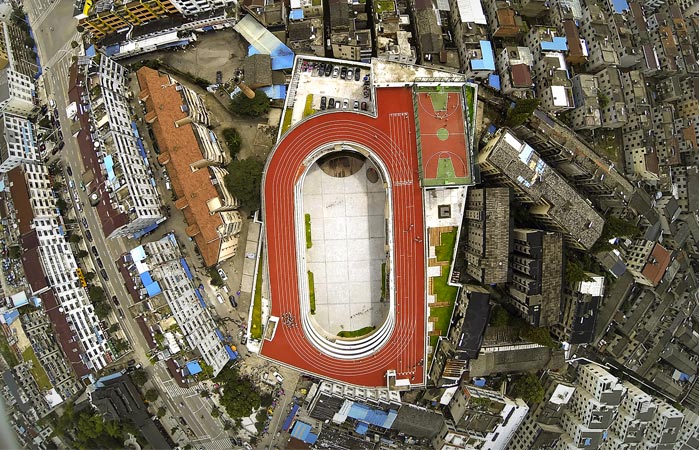 Since the running track is lifted, the total height of the building housing the Tian Tai No. 2 Primary School is five floors instead of four. The building itself is rotated about 15 degrees which, in turn, creates smaller areas (like external gardens and parking spaces) between its walls and the exterior envelope. If you are wondering about the safety of the entire rooftop complex, that was also carefully taken into the account by LYCS Architects.

The school’s roof has three layers of guardrail with the exterior layer being 1.8-metre-thick high tempered glass wall, the middle layer being 50cm wide and consisting of a thick green belt, while the interior layer (1.2 metre high) is made from stainless steel. As far as the noise goes, the architects have put spring cushions every 50 cm under the all-weather track which diminishes the kinetic noise thanks to their double-layer structure.

See also Houses on top of a shopping mall in China 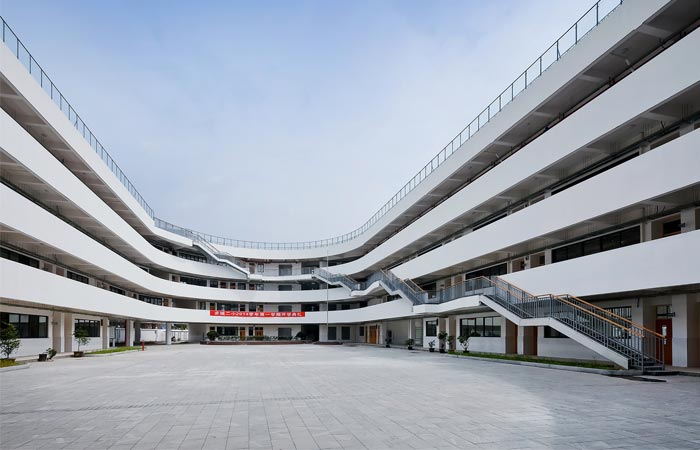 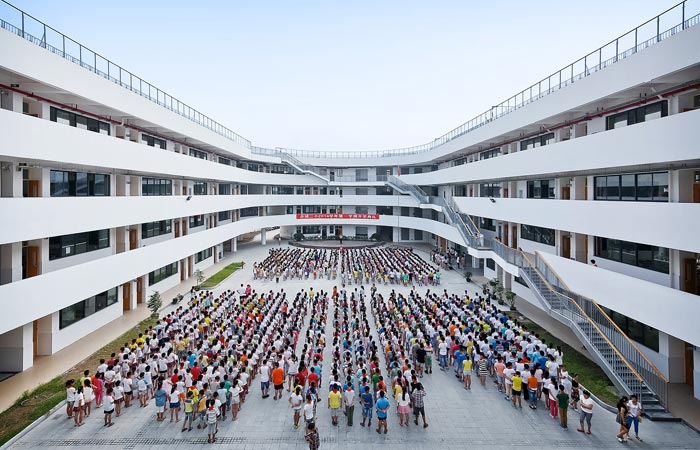 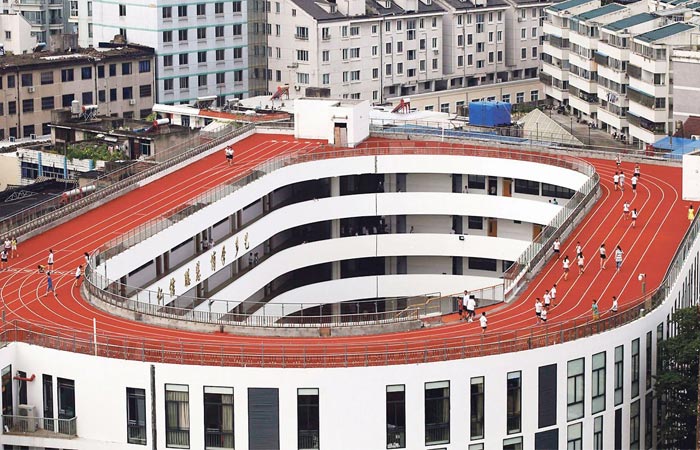