The thing that first comes to mind to many of us when mentioning Thoreau is him writing Walden while living in the woods, surrounded by nature and leading a simple life. So no wonder why CC-Studio went for the name Thoreau Cabin for their rebuilt shelter project.

Thoreau Cabin is located in Noorderpark in Utrecht, the Netherlands and it was meant to replace the old 60’s storage and break shelter for those maintaining the park. The 35 m2 cabin is hidden in a forest, with a small open space surrounding it. 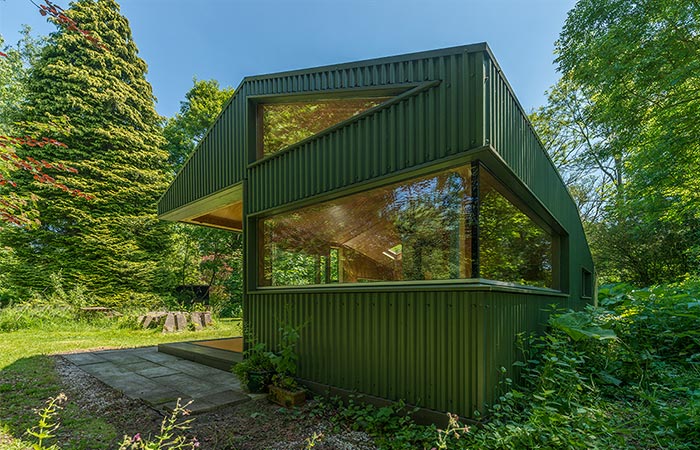 Located in Noorderpark in Utrecht, Thoreau Cabin is made to replace the old shelter. 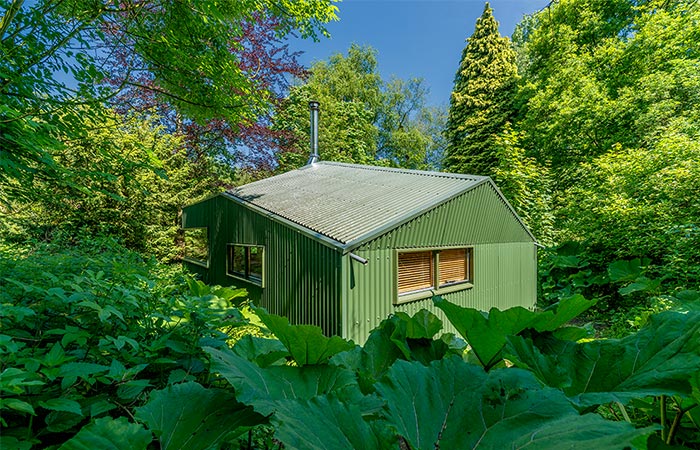 The cabin is nestled in the woods and provides a shelter and storage space for the people working in the park.

The entrance to the cabin is two large sliding doors that when opened, remove the entire corner of the cabin. This is also a great way to let the outside in and blend in the interior with the open space. The cabin is made from corrugated steel, an aluminum-clad roof, wood, and big glass windows that allow plenty of natural light to come in. 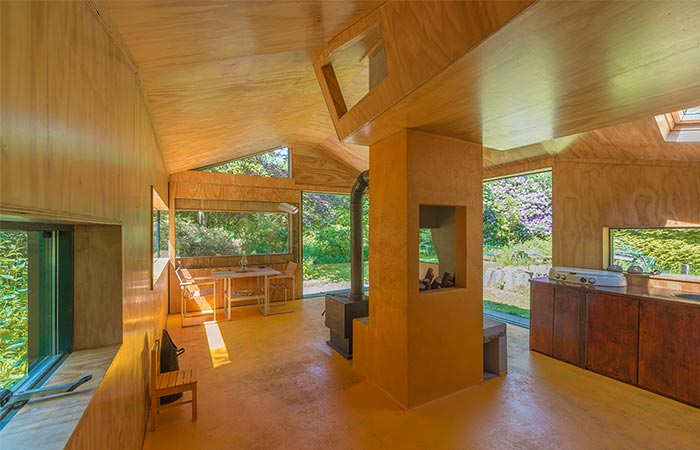 Inside the cabin, there’s a stash of local firewood that can be used in the kitchen or to warm up in the winter.

There’s no running water or electricity inside. For those who want to warm up during winter, both the kitchen and fireplace use local firewood. Inside Thoreau Cabin, there’s an eating space with a dining table, but also a washroom and plenty of storage space for the workers. 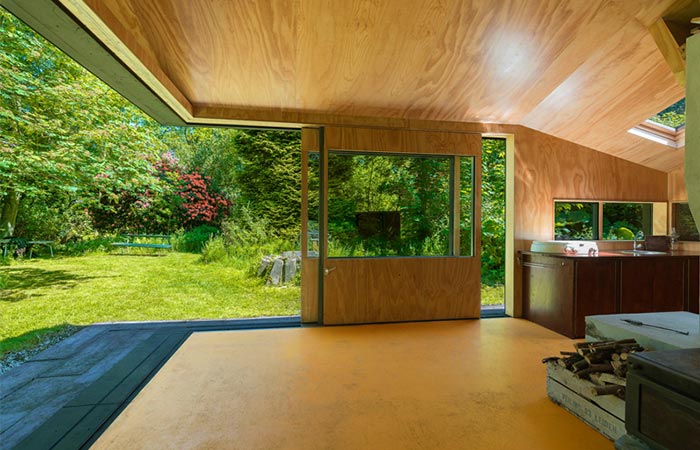 Two big sliding doors remove the entire corner of the cabin, a great way to let the air in and cool down then it’s hot outside. 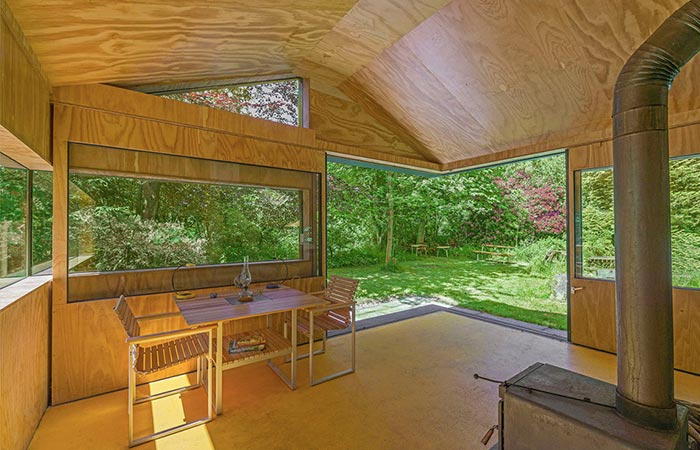 Inside Thoreau Cabin there’s also a nice eating area, a washroom and lots of space for storage.