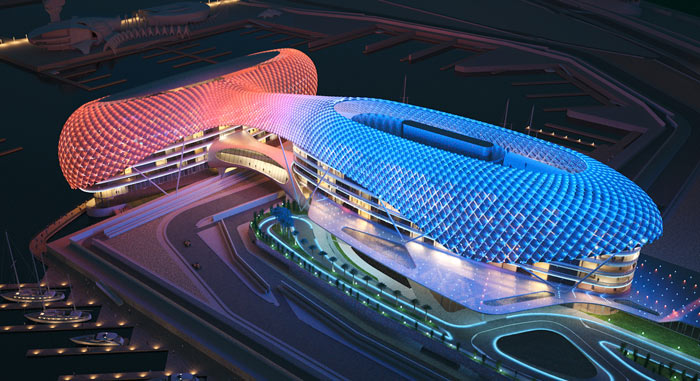 Coming up with new ideas is not easy anymore, but the YAS Hotel in Abu Dhabi is the product of a new idea. Mixing various aspects of accommodation and entertainment is not new, but mixing an F1 Racing track with a hotel most certainly is.

The hotel was designed by Asymptote Architecture. Its construction started in 2007 and it opened in 2009. It includes 499 rooms and an amazing LED light show, but the most famous feature has to be the Formula One race track. The hotel includes two towers, one of which is placed within the race track and the other one in the Marina.

The towers are 12 storeys tall and they are linked via the bridge made of steel and glass, but the main visual feature is the Grid Shell – a 217-meter structure consisted of wavy glass and steel that covers both of the towers. It also houses the LED lighting system we mentioned, which, when in operation seems to act like a stunning veil. But the glass and steel in the ‘veil’ are by no means of simple shape. Steel is the structure that supports the astonishing 5,800 pivoting glass panels shaped like huge and wonderfully illuminated diamonds. The panels include 5,000 computer controlled LED lights that produce stunning visual effects that can make the hotel have numerous different looks depending on the pattern presented at a particular moment.

The F1 race track, as we said, passes straight through one of the wings of the hotel, meaning that you can enjoy the Formula 1 Etihad Airways Abu Dhabi Grand Prix from various different points from within the hotel.

The videos below show the light display and an F1 test run on the circuit, a part of which portrays the pass through the hotel. Both truly remarkable experiences. 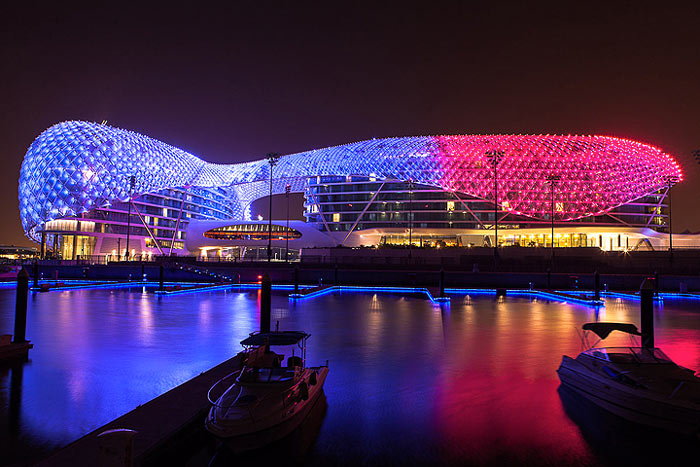 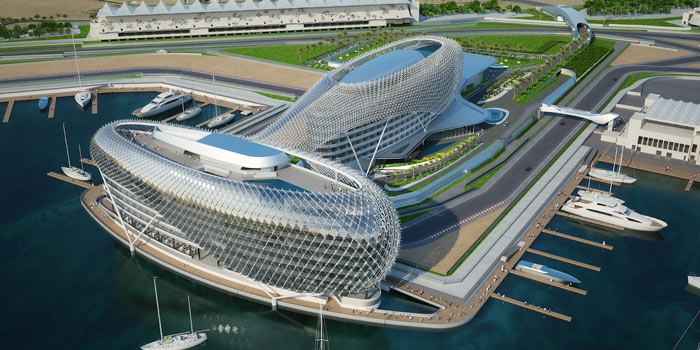 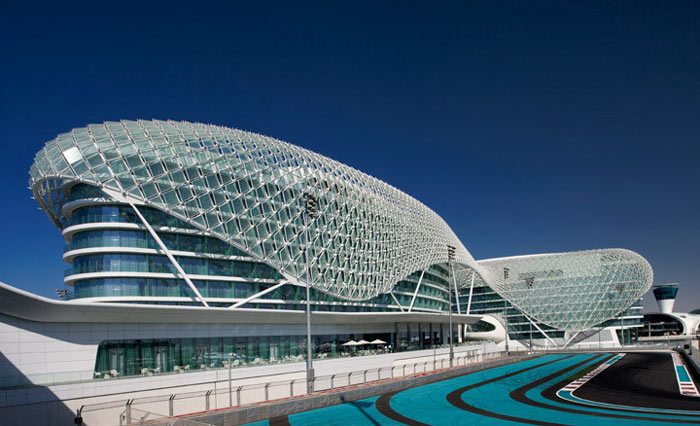 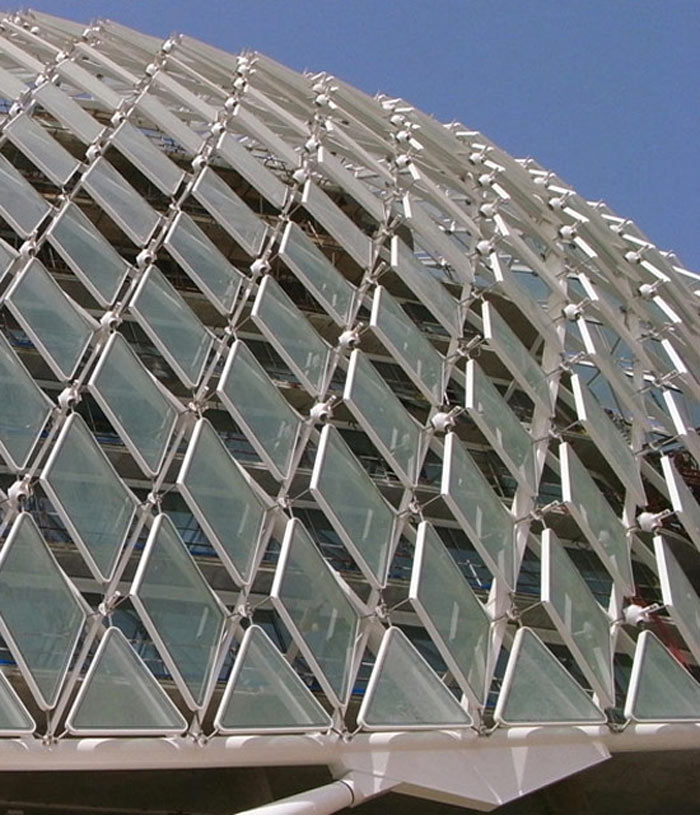 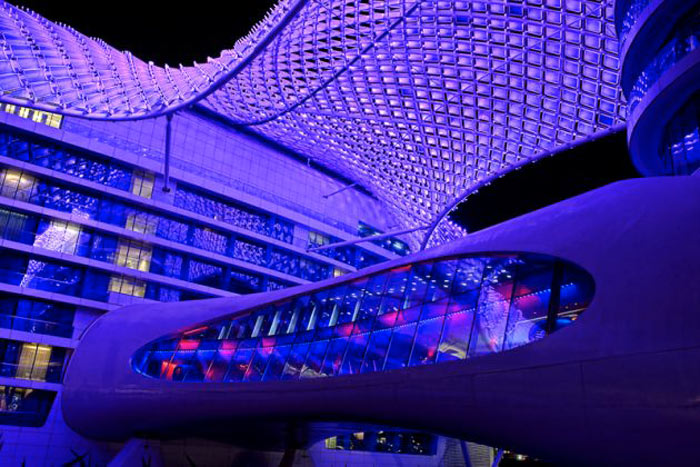 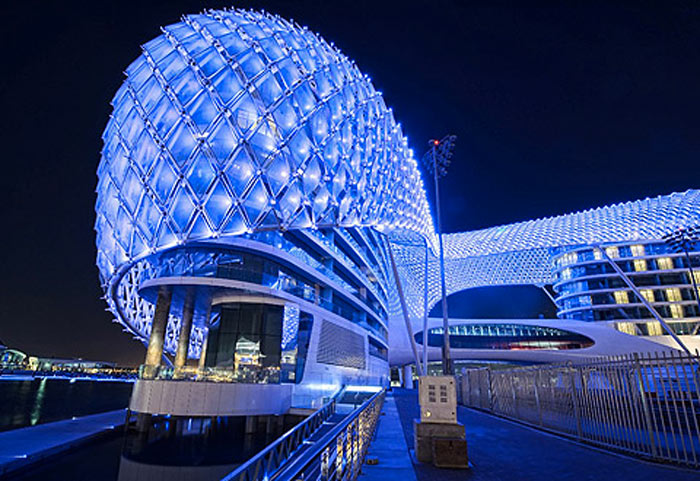 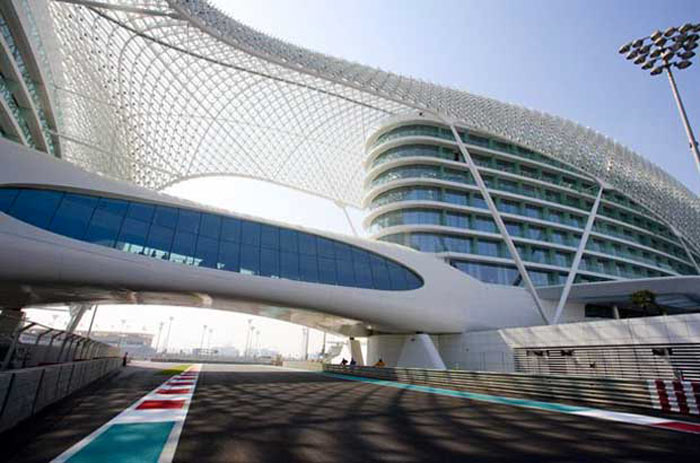 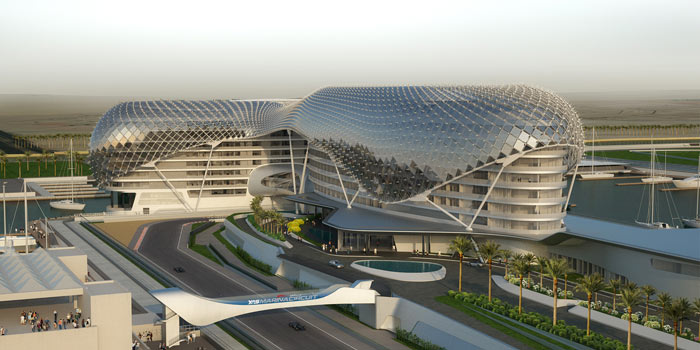